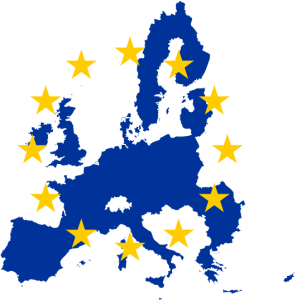 The economic implosion of Europe is accelerating.  Even while the mainstream media continues to proclaim that the financial crisis in Europe has been “averted”, the economic statistics that are coming out of Europe just continue to get worse.  Manufacturing activity in Europe has been contracting month after month, the unemployment rate in the eurozone has hit yet another brand new record high, and the official unemployment rates in both Greece and Spain are now much higher than the peak unemployment rate in the United States during the Great Depression of the 1930s.  The economic situation in Europe is far worse than it was a year ago, and it is going to continue to get worse as austerity continues to take a huge toll on the economies of the eurozone.  It would be hard to understate how bad things have gotten – particularly in southern Europe.  The truth is that most of southern Europe is experiencing a full-blown economic depression right now.  Sadly, most Americans are paying very little attention to what is going on across the Atlantic.  But they should be watching, because this is what happens when nations accumulate too much debt.  The United States has the biggest debt burden of all, and eventually what is happening over in Spain, France, Italy, Portugal and Greece is going to happen over here as well.

#1 10 Months: Manufacturing activity in both France and Germany has contracted for 10 months in a row.

#3 17 Months: In November, Italy experienced the sharpest decline in retail sales that it had experienced in 17 months.

#4 20 Months: Manufacturing activity in Spain has contracted for 20 months in a row.

#5 20 Percent: It is estimated that bad loans now make up approximately 20 percent of all domestic loans in the Greek banking system at this point.

#6 22 Percent: A whopping 22 percent of the entire population of Ireland lives in jobless households.

#8 26.6 Percent: The unemployment rate in Spain has risen to an astounding 26.6 percent.

#10 28 Percent: Sales of French-made vehicles in November were down 28 percent compared to a year earlier.

#13 44 Percent: An astounding 44 percent of the entire population of Bulgaria is facing “severe material deprivation”.

#15 57.6 Percent: The unemployment rate for workers under the age of 25 in Greece – a brand new all-time high.

#16 60 Percent: Citigroup is projecting that there is a 60 percent probability that Greece will leave the eurozone within the next 12 to 18 months.

#17 70 Percent: It has been reported that some homes in Spain are being sold at a 70% discount from where they were at during the peak of the housing bubble back in 2006.  At this point there are approximately 2 million unsold homes in Spain.

#18 200 Percent: The debt to GDP ratio in Greece is rapidly approaching 200 percent.

#19 1997: According to the Committee of French Automobile Producers, 2012 was the worst year for the French automobile industry since 1997.

One thing that these shocking numbers cannot convey is the tremendous amount of pain that many average Europeans are living through on a daily basis at this point.  To get a peek into what life is like in Greece these days, check out this short excerpt from a recent Bloomberg article…

Anastasia Karagaitanaki, 57, is a former model and cafe owner in Thessaloniki, Greece. After losing her business to the financial crisis, she now sleeps on a daybed next to the refrigerator in her mother’s kitchen and depends on charity for food and insulin for her diabetes.

“I feel like my life has slipped through my hands,” said Karagaitanaki, whose brother also shares the one-bedroom apartment. “I feel like I’m dead.”

For thousands of Greeks like Karagaitanaki, the fabric of middle-class life is unraveling. Teachers, salaries slashed by a third, are stealing electricity. Families in once-stable neighborhoods are afraid to leave their homes because of rising street crime.

All over Europe, people that have lost all hope are actually setting themselves on fire in a desperate attempt to draw attention.  Millions of formerly middle class Europeans have lost everything and are becoming increasingly desperate.  Suicide and crime are skyrocketing all over southern Europe and massive street riots are erupting on a regular basis.

Unfortunately, this is just the beginning.  Things are going to get even worse for Europe.

Meanwhile, those of us living in the United States smugly look down our noses at Europe because we are still living in a false bubble of debt-fueled prosperity.

But eventually we will feel the sting of austerity as well.  The recent fiscal cliff deal was an indication of that.  Taxes are going up and government spending is at least going to slow down.  It won’t be too long before the effects of that are felt in the economy.

So if you are an American, don’t laugh at what is happening over in Europe at the moment.  We are headed down the exact same path that they have gone, and we are going to experience the same kind of suffering that they are going through right now.

Use these last few “bubble months” to prepare for what is ahead.  At some point this “hope bubble” will disappear and then the time for preparation will be over.