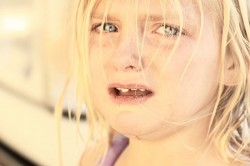 Every single day more Americans fall into poverty.  This should deeply alarm you no matter what political party you belong to and no matter what your personal economic philosophy is.  Right now, approximately 100 million Americans are either “poor” or “near poor”.  For a lot of people “poverty” can be a nebulous concept, so let’s define it.  The poverty level as defined by the federal government in 2010 was $11,139 for an individual and $22,314 for a family of four.  Could you take care of a family of four on less than $2000 a month?  Millions upon millions of families are experiencing a tremendous amount of pain in this economy, and no matter what “solutions” we think are correct, the reality is that we all should have compassion on them.  Sadly, things are about to get even worse.  The next major economic downturn is rapidly approaching, and when it hits the statistics posted below are going to look even more horrendous.

When it comes to poverty, most Americans immediately want to get into debates about tax rates and wealth redistribution and things like that.

But the truth is that they are missing the main point.

The way we slice up the pie is not going to solve our problems, because the pie is constantly getting smaller.

Our economic infrastructure is being absolutely gutted, the U.S. dollar is slowly losing its status as the reserve currency of the world and we are steadily getting poorer as a nation.

Don’t be fooled by the government statistics that show a very small amount of “economic growth”.  Those figures do not account for inflation.

After accounting for inflation, our economic growth has actually been negative all the way back into the middle of the last decade.

According to numbers compiled by John Williams of shadowstats.com, our “real GDP” has continually been negative since 2005.

So that means we are getting poorer as a nation.

Meanwhile, we have been piling up astounding amounts of debt.

40 years ago the total amount of debt in the United States (government, business and consumer) was less than 2 trillion dollars.

Today it is nearly 55 trillion dollars.

So we have a massive problem.

Our economic pie is shrinking and millions of Americans have been falling out of the middle class.  Meanwhile, we have been piling up staggering amounts of debt in order to maintain our vastly inflated standard of living.  As our economic problems get even worse, those trends are going to accelerate even more.

So don’t look down on the poor.  You might be joining them a lot sooner than you might think.

The following are 40 facts about poverty in America that will blow your mind….

#1 In the United States today, somewhere around 100 million Americans are considered to be either “poor” or “near poor”.

#2 It is being projected that when the final numbers come out later this year that the U.S. poverty rate will be the highest that it has been in almost 50 years.

#3 Approximately 57 percent of all children in the United States are living in homes that are either considered to be either “low income” or impoverished.

#4 Today, one out of every four workers in the United States brings home wages that are at or below the poverty level.

#5 According to the Wall Street Journal, 49.1 percent of all Americans live in a home where at least one person receives financial benefits from the government.  Back in 1983, that number was below 30 percent.

#6 It is projected that about half of all American adults will spend at least some time living below the poverty line before they turn 65.

#7 Today, there are approximately 20.2 million Americans that spend more than half of their incomes on housing.  That represents a 46 percent increase from 2001.

#8 During 2010, 2.6 million more Americans fell into poverty.  That was the largest increase that we have seen since the U.S. government began keeping statistics on this back in 1959.

#12 It is projected that half of all American children will be on food stamps at least once before they turn 18 years of age.

#13 The poverty rate for children living in the United States is 22 percent, although when the new numbers are released in the fall that number is expected to go even higher.

#18 Since 2007, the number of children living in poverty in the state of California has increased by 30 percent.

#19 Child homelessness in the United States has risen by 33 percent since 2007.

#20 There are 314 counties in the United States where at least 30% of the children are facing food insecurity.

#22 A higher percentage of Americans is living in extreme poverty (6.7 percent) than has ever been measured before.

#23 If you can believe it, 37 percent of all U.S. households that are led by someone under the age of 35 have a net worth of zero or less than zero.

#24 A lot of younger Americans have found that they cannot make it on their own in this economy.  Today, approximately 25 million American adults are living with their parents.

#25 Today, one out of every six elderly Americans lives below the federal poverty line.

#26 Amazingly, the wealthiest 1 percent of all Americans own more wealth than the bottom 95 percent combined.

#27 The six heirs of Wal-Mart founder Sam Walton have a net worth that is roughly equal to the bottom 30 percent of all Americans combined.

#28 At this point, the poorest 50% of all Americans now control just 2.5% of all of the wealth in this country.

#30 Right now, the United States actually has a higher percentage of workers doing low wage work than any other major industrialized nation does.

#33 Federal housing assistance outlays increased by a whopping 42 percent between 2006 and 2010.

#34 Approximately 50 million Americans do not have any health insurance at all right now.

#36 It is being projected that Obamacare will add 16 million more Americans to the Medicaid rolls.

#37 Back in 1990, the federal government accounted for 32 percent of all health care spending in America.  Today, that figure is up to 45 percent and it is projected to surpass 50 percent very shortly.

#38 Overall, the amount of money that the federal government gives directly to the American people has risen by 32 percent since Barack Obama entered the White House.

#39 It was recently reported that 1.5 million American families live on less than two dollars a day (before counting government benefits).

#40 The unemployment rate in the U.S. has been above 8 percent for 40 months in a row, and 42 percent of all unemployed Americans have been out of work for at least half a year.

Recently, I wrote a long article about why there will never be enough jobs in the United States ever again.

That means that a whole lot of Americans are not going to be able to take care of themselves.

As our economy gets even worse, there is going to be a tremendous need for more love, compassion and generosity all over the country.

Don’t be afraid to lend a helping hand, because someday you may need one yourself. 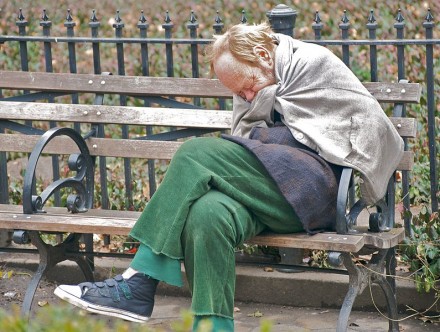