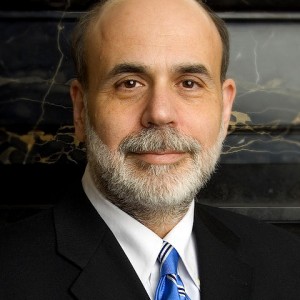 Federal Reserve Chairman Ben Bernanke said this week that inflation in the United States needs to be higher.  Yes, he actually came right out and said that.  It almost seems as if Bernanke is trying to purposely hurt the middle class.  On Wednesday, Bernanke told the press that “both sides of our mandate are saying we need to be more accommodative“.  Of course he was referring to the Fed’s dual mandate to keep unemployment and inflation low, but Bernanke has a very unique interpretation of that mandate.  According to Bernanke, inflation in the U.S. is now “too low“.  The official inflation rate is currently sitting at about 1 percent, and Bernanke insists that such a low rate of inflation is not good for the economy.  He would prefer that the rate of inflation be up around 2 percent, and he is hoping that more “monetary accommodation” will help push inflation up and the unemployment rate down.

But what Bernanke will never admit is that the official inflation rate is a total sham.  The way that inflation is calculated has changed more than 20 times since 1978, and each time it has been changed the goal has been to make it appear to be lower than it actually is.

If the rate of inflation was still calculated the way that it was back in 1980, it would be about 8 percent right now and everyone would be screaming about the fact that inflation is way too high.

But instead, Bernanke can get away with claiming that inflation is “too low” because the official government numbers back him up.

Of course many of us already know that inflation is out of control without even looking at any numbers.  We are spending a lot more on the things that we buy on a regular basis than we used to.

But that is just one example.

Our monthly bills also seem to keep growing at a very brisk pace.

Electricity bills in the United States have risen faster than the overall rate of inflation for five years in a row, and according to USA Today water bills have actually tripled over the past 12 years in some areas of the country.

No inflation there, eh?

Well, what about health insurance?

Yup, that has been going up rapidly as well.  Since 2010, employee health insurance premiums have been rising an average of between 8 and 9 percent a year.

So where is this low inflation that everyone has been talking about?

What about at the supermarket?

We all have to buy food.  It sure would be nice if inflation was low there.

Unfortunately, anyone that shops for groceries on a regular basis knows exactly how painful food prices are becoming.

And over time, those increases really add up.  An article by Benny Johnson details how the prices of many of the things that we buy on a regular basis absolutely soared between 2002 and 2012.  Just check out these price increases…

So how in the world can Bernanke possibly come to the conclusion that inflation is too low?

If you want to see a really good example of the impact that inflation has had on our economy in recent years, just check out this amazing chart which shows what Bernanke’s reckless policies have done to the prices of commodities during his tenure.

Meanwhile, paychecks are not rising at the same pace that inflation is.  In fact, median household income in the United States has fallen for four years in a row.  Overall, it has declined by over $4000 during that time span.

So the cost of living just keeps rising, but the middle class is making less money than before.

That certainly is not good news.

Of course a big reason for this is because the quality of jobs in America continues to steadily decline.  Only 47 percent of adults have a full-time job at this point, and 53 percent of all American workers make less than $30,000 a year.

Most families are just barely scraping by from month to month, and Bernanke has the gall to say that he needs to try to get prices to rise even faster.

Is Bernanke also going to increase all of our paychecks in order to make up for the “inflation tax” that is being imposed on all of us?

And sadly, it appears that the number of Americans that are losing their jobs is starting to move upward again.  We just learned that initial claims for unemployment benefits rose to 360,000 last week.

That is getting dangerously close to the 400,000 number that I keep talking about.

The middle class in the United States is shrinking with each passing day, and Bernanke seems absolutely clueless.

His answer to every economic problem always seems to involve printing more money.  Thankfully, about 1.8 trillion dollars of that money is being stashed away at the Fed and has not gotten out into the real economy yet.

But someday that money will be unleashed on the real economy, and it will create crippling inflation.

Unfortunately, Bernanke doesn’t seem to really be too concerned about the mountains of cash that the big banks have parked at the Fed.  He is just happy that his reckless money printing has pumped up the stock market to new all-time highs.

He should enjoy this little period of euphoria while he can, because this bubble will burst like all false financial bubbles eventually do.

And when this bubble bursts, the foolishness of Bernanke and the Federal Reserve will be glaringly apparent to everyone.