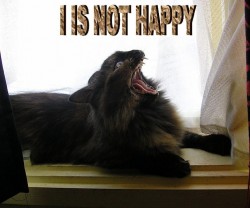 Has anyone else noticed that the level of stress in this country appears to be extremely high right now?  Today, it seems like our federal government, our state governments and most American families live in a constant state of crisis.  Everywhere you look there are major problems.  Right now everyone is stressed out because of the “debt ceiling deadline”.  Earlier this year everyone was freaked out about the possibility of a “government shutdown”.  If by some miracle Barack Obama and the Republicans are able to reach a deal in the next few days that will not help the national stress level for long.  Another gut-wrenching “national crisis” will almost certainly come along very quickly.  Meanwhile, average American families are feeling more stress than ever.  There are millions of ordinary Americans that either cannot find jobs or are working as hard as they can and yet cannot seem to pay their mortgages and provide the basics for their families.  We are a nation that is really stressed out right now, and as things continue to unravel the level of stress is only going to increase.

Compared to much of the rest of the world, we have an insanely high standard of living, and yet we appear to be some of the most unhappy people on the face of the earth.

Wherever you turn today, someone is popping a pill.  The percentage of women taking antidepressants in America is higher than in any other country in the world.  Children in the United States are three times more likely to be prescribed antidepressants than children in Europe are.

What in the world is wrong with us?

America is a country that desperately needs to chill out.

Washington D.C. sure is a stressful place right now.  Most of our politicians seem to be focused on the 2012 elections rather than on trying to solve our problems.

Most of our leaders are prancing around trying to make themselves look good.  Meanwhile, our national financial situation continues to go down the toilet.

One way or another this “debt ceiling crisis” will probably get solved.  Our politicians will come up with some sort of a “deal” and it will almost certainly be a bad one.

The sad truth is that the U.S. national debt problem should have been addressed decades ago.

So now we are sitting on a 14 trillion dollar timebomb.

Yes, the ultra-wealthy have become absolute masters at avoiding taxation, but even if some way to tap into their offshore wealth could be found, it still would only put a small dent in the problem.

The truth is that the U.S. government spends way too much money.

U.S. government spending is now above 25 percent of U.S. GDP.  That is way above what has been normal during the post-World War II era.

But cutting government spending is not going to fix our system either.

The reality is that our debt-based financial system is designed to trap our federal government in a constantly expanding spiral of debt indefinitely.

As I have written about previously, the U.S. government debt problem will never be fixed as long as the Federal Reserve is running our financial system.

Under our current system, the debt is going to continue to grow no matter who we elect.

As our debt grows, our economy will suffer and the national stress level will continue to rise.

But for most American households, government debt is not the thing causing the most stress these days.

Most Americans are much more concerned about their own personal financial situations.

Most people just want to work hard, pay the bills and raise their families.  But that is becoming extremely difficult to to.

According to a new Washington Post-ABC News poll, 90 percent of Americans believe that the economy is performing poorly.

The same poll found that 80 percent of Americans believe that it is “difficult” to find a job these days.

In the United States today, there are 14 million unemployed people.  Tonight there are huge numbers of Americans that are sitting at home desperately hoping that someone will give them a job.  A significant percentage of our population that should be productive is just sitting on the sidelines.  Just check out the following quote from a recent CNN article….

Has anyone in Washington noticed that 20% of American men are not working? That’s right. One out of five men in this country are collecting unemployment, in prison, on disability, operating in the underground economy, or getting by on the paychecks of wives or girlfriends or parents. The equivalent number in 1970, according to the McKinsey Global Institute, was 7%.

With numbers like that, how in the world can anyone claim that our economy is healthy?

Sadly, it looks like things may get even worse.  As I have written about previously, we are now starting to see another huge wave of layoffs all over the nation.

The employment crisis has a ripple effect throughout the rest of the economy as well.

Without good jobs, Americans cannot buy homes.  The housing crash is not going to be fixed until there the employment situation gets fixed.

With lending standards tighter than ever, it takes someone with a good income and a solid employment history to be able to qualify for a home loan.

Unfortunately, there aren’t a whole lot of people like that in the marketplace right now.

So, the housing industry continues to suffer.

Last year was the worst year for new home sales in modern U.S. history.  So far, this year is even worse.

It would be really nice if we actually would have an economic recovery, but it just isn’t happening.

Prices are rising and incomes are not.  American families are feeling more squeezed than ever.

A lot of Americans live in a constant state of stress because of debt.

According to one new poll, about 20 percent of American adults worry about debt “most or all of the time”.

Today, total credit card debt in the U.S. is more than 8 times larger than it was just 30 years ago.

Some Americans can handle credit cards, but a lot of them can’t.  A staggering 46 percent of Americans do not pay their credit card bills in full each month.

But credit card debt is only one form of debt that is causing stress for American families.  The truth is that the total amount of student loan debt is even greater than the total amount of credit card debt.  Medical debt is another huge problem.  The vast majority of American families are dealing with a debt problem of one form or another.  The decades of “easy credit” that we enjoyed are really starting to catch up with us.

Today, the average American household is carrying $75,600 in debt.

That is not a good thing.  American consumers are tapped out and the economy is suffering.

As the economy crumbles, many hard working Americans are finding that their lives have radically changed.  Just check out the following excerpt from an article posted on a local Connecticut news source….

For 28 years, Cathy Hartley of Glastonbury brought home a good paycheck from her job at Aetna.

But last Tuesday, she was in line with her two young granddaughters for free produce from Mobile Foodshare at the First Church of Christ Congregational on Main Street.

For Hartley, who said she was laid off from her job as a project manager about six years ago and then laid off from a subsequent job two years ago, every little bit helps. Her eligibility for unemployment ran out two months ago.

Could you imagine standing in line at a food bank?

Millions of Americans that have lost their jobs and their homes never thought that it would happen to them.

Wealth and possessions are here today and gone tomorrow.  People that base their lives on the things that they own are always going to have a high level of stress.  We didn’t bring any of these things into the world with us, and we can’t take any of them with us when we leave.

So what do all of you think about the stress level in America right now?  Please feel free to leave a comment with your opinion below….