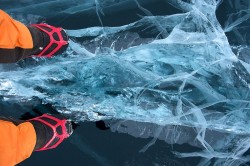 The cracks in the ice are getting bigger.  At this point it is really hard to have much confidence in the global financial system at all.  They told us that MF Global was an isolated incident.  Well, the horrific financial scandal over at PFGBest is essentially MF Global all over again.  They told us that we would not see a huge wave of municipal bankruptcies in the United States.  Well, three California cities have declared bankruptcy in less than a month.  They told us that we could have faith in the integrity of the global financial system.  Well, now we are finding out that global interest rates have been fixed by insiders for years.  They told us that Greece was an isolated problem and that none of the larger European nations would experience anything remotely similar.  Well, what is happening in Spain right now looks like an instant replay of exactly what happened in Greece.  So who are we supposed to believe?  Why does it seem like nearly everything that “the authorities” tell us turns out to be a lie?   What else haven’t they been telling us?

The following are four reasons to be even less optimistic about the global financial system than you were last month….

#1 PFGBest Is MF Global All Over Again

Do you remember that whole MF Global thing?

Do you remember how hundreds of millions of dollars of customer funds were “missing” due to “accounting irregularities”?

Well, it is happening again.

All hell broke loose when the National Futures Association discovered that a bank account that was supposed to be holding 225 million dollars of customer funds was only holding about 5 million dollars instead.

So where is the other 220 million dollars?

Of course it is not a promising sign that the head of PFGBest tried to commit suicide when this news came out.

A lot of PFGBest clients are going to be absolutely devastated by this scandal.  The following is from a recent Reuters article….

Farmers on Tuesday fumed at the prospect of financial losses, or at a minimum a lengthy wait for the return of frozen funds, due to alleged mismanagement at brokerage PFGBest, and some said they had been burned for the last time.

Centered in the heart of farm belt, the firm handled agricultural futures accounts for a number of clients who grow corn, soybeans and cotton.

But it is not just PFGBest clients that are going to feel the pain of this scandal.

The truth is that this is going to deeply shake confidence in the entire global financial system.

Many dismissed what happened at MF Global as an “isolated incident”.

But now it is happening again.

Fool me once, shame on you.

Fool me twice, shame on me.

First it was Stockton.

Then it was Mammoth Lakes.

Now it is San Bernardino’s turn.

On Tuesday, the city council of San Bernardino, California voted to file for bankruptcy.

An article in the Los Angeles Times detailed the issues at the heart of San Bernardino’s financial problems….

The city’s fiscal crisis has been years in the making, compounded by the nation’s crushing recession and exacerbated by escalating pension costs, lucrative labor agreements, Sacramento’s raid on redevelopment funds and a city reserve that is tapped out, officials said.

While it would be easy to dump on the state of California (and that is something I have done quite often), the truth is that we are seeing municipal debt problems erupting all over the United States.

For example, the city of Scranton, Pennsylvania has such severe financial problems that the mayor of Scranton has ordered that all city employees be paid minimum wage until a solution to the crisis is found.

If this was television, Dwight Schrute would find a way to save the day for Scranton.

Unfortunately, this is real life and Dwight Schrute does not exist in real life.

#3 The Liborgate Scandal Keeps Getting Worse

We have been taught that we should all have faith in the integrity of the global financial system.

What a bunch of baloney that turned out to be.

It turns out that banksters have been colluding to fix global interest rates for years.

“Liborgate” is being called the biggest financial scandal in history.  Libor is important because it is one of the key benchmarks used to set prices for hundreds of trillions of dollars of loans, securities and derivatives.

British banking giant Barclays has already admitted that they were involved in manipulating Libor.

Barclays has already agreed to pay $453 million in fines to British and U.S. authorities.

But the truth is that it would have been totally impossible for Barclays to have manipulated Libor by themselves.

So who else was involved?

That was a question that was discussed in a recent article in The Economist….

Over the past week damning evidence has emerged, in documents detailing a settlement between Barclays and regulators in America and Britain, that employees at the bank and at several other unnamed banks tried to rig the number time and again over a period of at least five years. And worse is likely to emerge. Investigations by regulators in several countries, including Canada, America, Japan, the EU, Switzerland and Britain, are looking into allegations that LIBOR and similar rates were rigged by large numbers of banks. Corporations and lawyers, too, are examining whether they can sue Barclays or other banks for harm they have suffered. That could cost the banking industry tens of billions of dollars. “This is the banking industry’s tobacco moment,” says the chief executive of a multinational bank, referring to the lawsuits and settlements that cost America’s tobacco industry more than $200 billion in 1998. “It’s that big,” he says.

As many as 20 big banks have been named in various investigations or lawsuits alleging that LIBOR was rigged. The scandal also corrodes further what little remains of public trust in banks and those who run them.

The Wall Street Journal says that the credibility of the entire global financial system is at stake….

At stake is both the integrity of the world’s financial system and the credibility of the U.K. authorities to police it. Long before the current scandal, many European policy makers had concluded that London during the boom was the Wild West, whose loose standards are a threat to European financial stability. The Libor scandal suggests U.S. regulators have reached similar conclusions. The Commodities Futures Trading Commission, the U.S. regulatory body that first started investigating rate-fixing, left little doubt how seriously it regards the abuses it uncovered.

Once faith is shattered, it is incredibly difficult to rebuild.

And right now it is really hard to come up with a decent argument why anyone should trust their money to such a corrupt system.

#4 Spain Is Turning Into Greece

A central government drowning in debt?

A banking system on the verge of collapse?

Wild rioting in the streets by protesters?

Let’s see….where have we seen this before?

Can anyone still possibly deny that Spain is going down the exact same road that Greece has gone?

Could you imagine going to the store and paying a 21 percent sales tax?

Rajoy is promising that these measures will get Spain back on the right track.

Of course we have already seen how well such austerity measures have worked in Greece.

The unemployment rate in Spain is already up to 24.4 percent, and now these austerity measures will slow the economy down even more.

No wonder there is rioting in the streets.  You can see high quality footage of the rioting that has been going on in Spain this week right here.  At one point police were seen firing rubber bullets at the protesters.

But of course the citizens of Spain could not live way above their means forever.  At some point every debt bubble ends, and when that happens the results are often incredibly painful.

This is a lesson that the United States has not learned either.  When we stop racking up more than a trillion dollars of additional government debt every year our “adjustment” will be exceedingly painful as well.

A little over a week ago, I wrote an article entitled “17 Reasons To Be EXTREMELY Concerned About The Second Half Of 2012“. I never imagined that things would get so much worse in just a week.

Everything seems to be accelerating these days.

That includes the decay that is happening in society.  A few days ago I made a list of 25 signs that society is falling apart, but then another story came along after I had finished my article that topped all of the examples in my list.  The following is how one man in West Virginia has been treating his wife….

Lizon’s wife told the woman that she and her husband were originally from Czechoslovakia, and that they live in Leroy, W.Va.

According to the complaint, the woman told investigators that the feet of Lizon’s wife were “mutilated and swollen,” one of which was missing a considerable amount of skin. Lizon’s wife told the woman that her husband smashed her foot with a bucket or scoop attachment of a farm tractor.

Lizon’s wife also told the woman Lizon called her his “slave,” and that whenever her husband entered the room she had to kneel down before him, according to the complaint.

Can you imagine anyone doing that?

Can you imagine any husband chaining his wife up for 10 years?

That is so sick that it is beyond words to describe it.

Unfortunately, that is not just one isolated incident of depravity in a world filled with goodness.

The truth is that the entire world system is saturated with depravity and corruption.

If anyone is willing to stand up for “the integrity of the global financial system”, I challenge you to leave a comment below explaining to the rest of us why we should still have blind faith in the system after everything that has happened.

I don’t imagine that too many people will even attempt to take me up on that challenge. 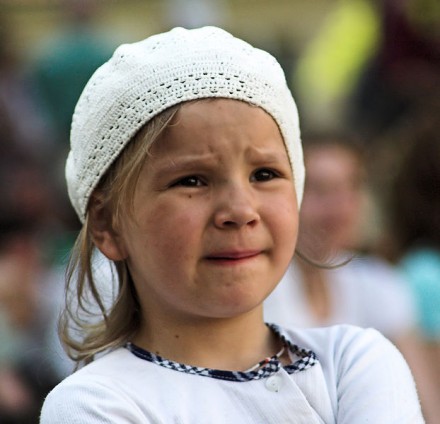