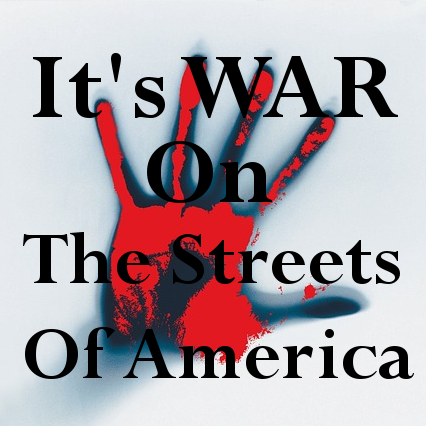 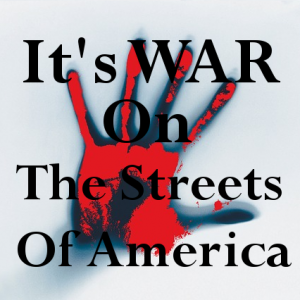 Make no mistake – there is now a state of open warfare on the streets of America.  Earlier this year it was being reported that the number of police officers killed on the job was up 40 percent in 2014, and that was before all of the civil unrest caused by the deaths of Michael Brown and Eric Garner.  At this point, attacks on police officers are becoming a frequent occurrence all over the country, but no incident has stunned the nation as much as the “execution-style” murder of two NYPD officers on Saturday by a radical Islamic gunman identified as Ismaaiyl Brinsley.  Just prior to the attack, Brinsley posted a message on Instagram in which he declared that he was “putting wings on pigs today”.  Many would like to dismiss this as an “isolated incident” and pretend that everything is just fine in America, but that is not the truth.  The reality of the matter is that anti-police sentiment in this country is at an all-time high, and the level of anger and frustration in our increasingly radicalized urban communities has reached a boiling point.  As economic conditions continue to deteriorate and police tactics become even more brutal in the years ahead, the kind of rioting, looting and senseless violence that we witnessed in Ferguson is going to become commonplace in major cities all over the United States.

We are moving into a period of time when it is going to be extraordinarily difficult to be a police officer in America.  I couldn’t even imagine going to work every day knowing that you could become the next target at any time.

Yes, there have been lots of abuses.  In fact, I have written dozens of articles about the emerging Big Brother police state in America.  In many areas of the country today, our police officers are actually being trained to be physically brutal, to bark orders at ordinary citizens and to treat everyone around them like dirt.  This culture of brutality and oppression filters down from the very top, and so ultimately the root of the problem is at the federal level.

But most police officers that are serving our local communities are just average people trying to do their jobs.  Without the police, crime would be wildly out of control.  So I am very thankful for the police in my local area.  I sleep better at night knowing that they are there.

And the reality of the matter is that we have made their jobs so much tougher.  Thanks to unchecked illegal immigration, there are now approximately 1.4 million members of criminal gangs living in our cities.  And the Obama administration is allowing the UN to import thousands of Muslim radicals to communities all over the nation.  The police have to deal with well-armed threats that they simply did not have to face 40 or 50 years ago.  Our society is becoming increasingly unstable, and the police have to contend with the bleeding edge of that instability day after day.

So Ismaaiyl Brinsley did not appear out of a vacuum.  Even though the mainstream media is playing this angle down, the truth is that Ismaaiyl Brinsley was probably a member of an extremely violent criminal gang, and he was most definitely a radical Muslim.

According to his Facebook page, Brinsley spoke Arabic, and he also posted extreme passages from the Koran.  The following is one example… 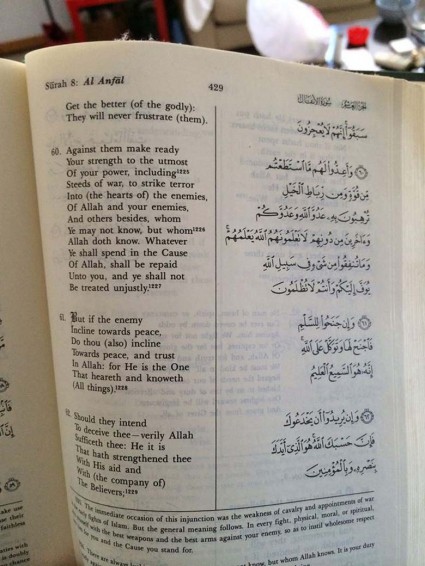 And as I mentioned above, his most famous message on social media was actually shared on Instagram… 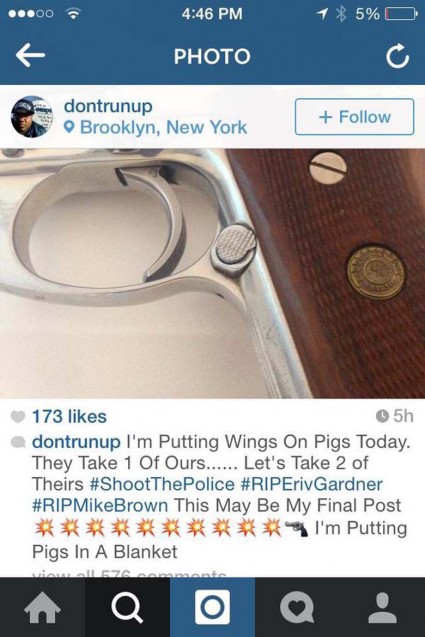 But Brinsley was not just a Muslim radical.  According to Aaron Klein of WND, there is also evidence that he was a member of a particularly violent gang known as the Black Guerilla Family…

The gang to which NYPD cop killer Ismaaiyl Abdullah Brinsley may have belonged, the Black Guerilla Family, is allied with U.S. leftist groups and worked as an ideological partner with Bill Ayers’ Weather Underground terrorist organization.

Apparently, this gang dominated the prison where Brinsley once spent time…

The New York Daily News reported investigators went to Baltimore to probe Brinsley’s ties to the Black Guerrilla Family, which dominates the Maryland prison where Brinsley spent time. The BGF is an African-American Marxist revolutionary organization that seeks the overthrow of the U.S. government.

And is it just a coincidence that the FBI issued a memo on Friday warning that the BGF was targeting “white cops”?…

On Friday, the Baltimore FBI office issued a memo that the Black Guerrilla Family gang was targeting “white cops” in Maryland, an agency spokeswoman confirmed. The memo, circulating among officers, said a contact who had given reliable information in the past said members of the gang — connected to the high-profile corruption scandal at the Baltimore City Detention Center — were planning to target white officers to “send a message.”

There are a lot more radicals out there just like Brinsley.

And thanks to the toxic environment that now exists in this country, it is inevitable that there will be a lot more violence.

As this war escalates, we could eventually see pandemonium in major cities from coast to coast.

If you are not convinced that this is a war, perhaps you should heed the words of the NYPD’s union.  The following is an excerpt from an alert that was just released…

Starting IMMEDIATELY: At least two units are to respond to EVERY call, no matter the condition or severity, no matter what type of job is pending, or what the opinion of the patrol supervisor happens to be.

IN ADDITION: Absolutely NO enforcement action in the form of arrests and or summonses is to be taken unless absolutely necessary and an individual MUST be placed under arrest.

These are precautions that were taken in the 1970’s when police officers were ambushed and executed on a regular basis.

The mayor’s hands are literally dripping with our blood because of his words actions and policies and we have, for the first time in a number of years, become a ‘wartime’ police department. We will act accordingly.

Sadly, I believe that they are right.

In fact, if it wasn’t for an empty gun, a third NYPD police officer would have lost his life this past weekend…

A third cop narrowly escaped with his life Saturday night when a suspect pointed a gun directly at the officer’s head and pulled the trigger in The Bronx — not realizing it was empty.

Cops went to East 140th Street in Mott Haven at 9 p.m. on reports of a man shooting out windows with a .357 caliber revolver.

They spotted the suspect, identified as Raymond Leonardo, 18, and ordered him to drop the gun. Instead, he took point blank aim at one of the officers, officials said.

When the gun didn’t work, he put it in his pocket and ran. Cops tackled him a few blocks away.

Something has fundamentally shifted in this country.

I fear that this is only just the beginning of the war on the streets of America.

Hopefully I am wrong.

But I don’t believe that I am.