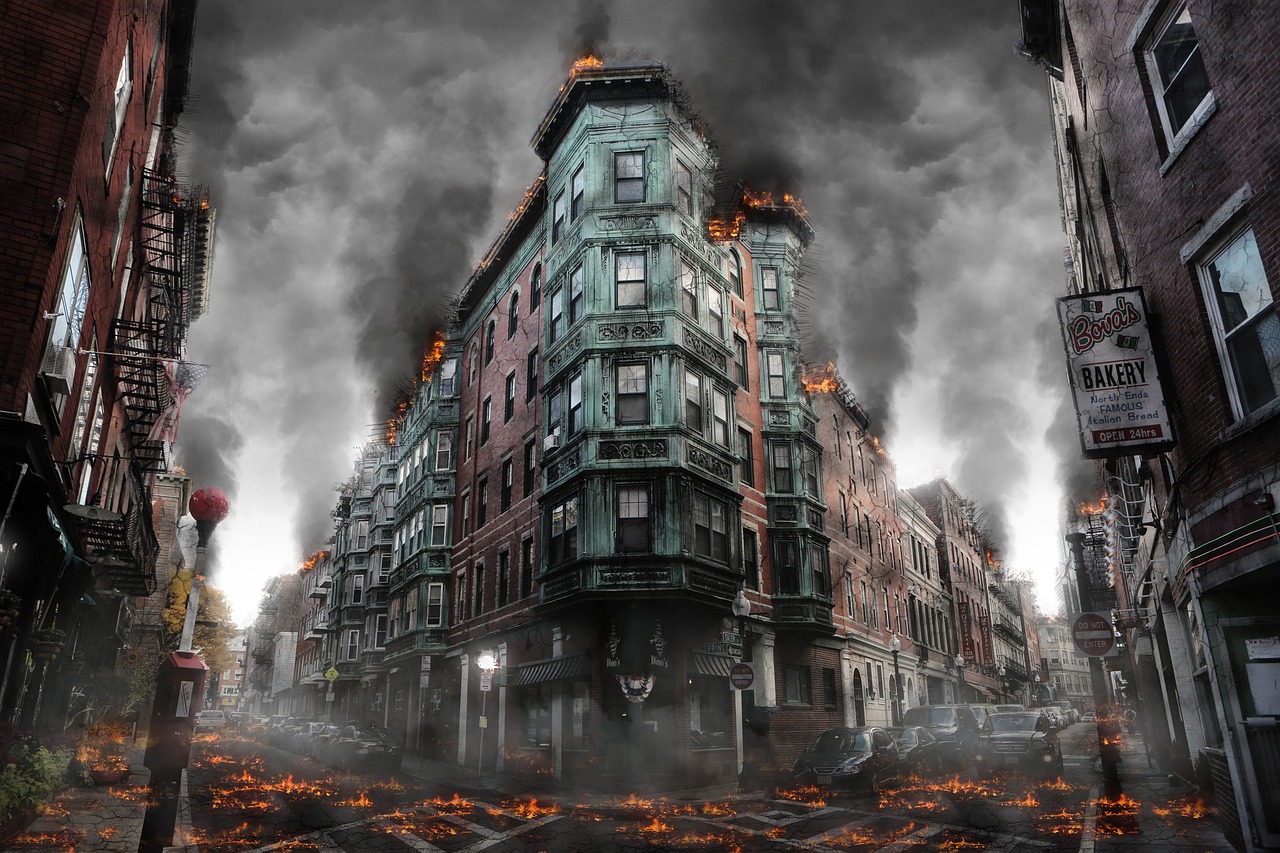 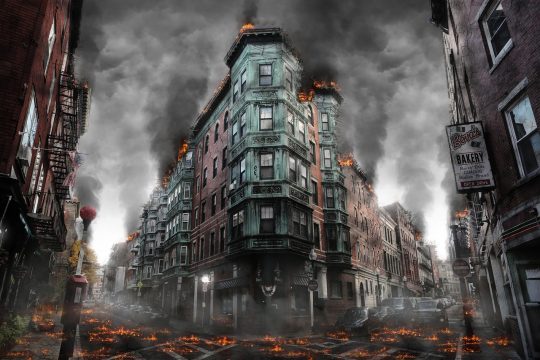 Is the mainstream media overhyping the economic impact of the government shutdown for political purposes?  Of course they are.  Once upon a time the mainstream media in the United States at least attempted to maintain a facade of objectivity, but those days are long gone.  In this case, they want to stir up as much public resentment against President Trump as possible in order to try to force him to end the government shutdown.  And when NBC News breathlessly declared that the U.S. “would face an economic hellscape” if this shutdown stretches on for an extended period of time, their article quickly went viral all over the Internet.

But will it really be “an economic hellscape”?

Yes, things would certainly be unpleasant for a lot of people, and there would be a whole lot of anger around the country.

But such a scenario does not qualify as “an economic hellscape”.  I would encourage the folks over at NBC News to pick up a copy of The Beginning Of The End if they really want to know what the initial phases of a major economic crisis scenario could look like in this nation.

The most alarming item on their list is the fact that 38 million Americans could soon lose access to food stamps.  According to the U.S. Department of Agriculture, that will officially happen by the end of February…

By the end of February, the Supplemental Nutrition Assistance Program, or SNAP, run by the Department of Agriculture, would be out of funding — meaning almost 40 million low-income Americans could find themselves struggling to pay for food, said Joseph Brusuelas, chief economist for the accounting firm RSM US.

Things would certainly be tough for a lot of low income people, and there would be a lot more traffic at shelters and food banks, but nobody would starve to death.

The worst case scenario would be if mobs of angry people started taking to the streets and rioting in large urban areas.  That is definitely a possibility, especially if this shutdown lasts for several more months.

But for the moment, most of the focus is on the hundreds of thousands of federal workers that are not getting paychecks right now.  We are being endlessly bombarded with sob stories about how much these workers are suffering after missing one paycheck.

If people can’t handle going a couple of weeks without pay, how are they going to handle things when a real crisis erupts in this country?

With no end to the shutdown in sight, some lower paid federal workers have decided that it is time to find a new job…

Transportation Security Agency officers forced to work without knowing when their next paycheck is coming are no longer just calling in sick. Now, 18 days into the partial government shutdown, some are resigning, according to Hydrick Thomas, who heads the TSA Council on the American Federation of Government Employees.

“Every day I’m getting calls from my members about their extreme financial hardships and need for a paycheck. Some of them have already quit and many are considering quitting the federal workforce because of this shutdown,”  the official said in a statement posted to the union’s website on Tuesday.

I can’t say that I blame TSA workers too much for quitting.  It is an absolutely miserable job, and the starting salary for TSA security officers is somewhere “between $25,000 to $30,000 a year”.

Of course we don’t actually need a TSA at all.  Many of us would love to go back to the days before 9/11 when we could get on flights without having someone inspect our private areas.

The Alcohol and Tobacco Tax and Trade Bureau is out during the shutdown. That means the federal government will not approve beer labels or process permits, which translates into no new beers.

At this moment there are literally millions of people around the world that actually have nothing to eat and no clean water to drink, and this is what we are whining about?

I have an idea.  Why don’t we shut down the “Alchohol and Tobacco Tax and Trade Bureau” permanently and let people make beer without having to get permission from the federal government first?

As I have proposed, we could save enormous amounts of money by simply shutting down useless government agencies that we do not need.

But that would make far too much common sense to work in America in 2019.  We live at a time when the American people expect the federal government to protect them from just about every potential danger that you can possibly imagine.

Look, I don’t want to seem completely unsympathetic to the plight of all of these federal workers that are being used as pawns in this game of political brinkmanship.  Because 78 percent of all Americans are living paycheck to paycheck, that means that a lot of these federal workers are not going to be able to pay their bills, and that would be extremely stressful for anyone.  And at this point, thousands of federal workers have already begun filing for unemployment benefits…

More than 4,700 federal employees filed for unemployment in the last week of December, compared with 929 the week prior, according to the Department of Labor. There is no federal data available yet for the first week of January. Unemployment rules vary by state; generally the government provides benefits to eligible workers who have lost a job “through no fault of their own,” for a maximum of 26 weeks.

But the mainstream media is blowing things way out of proportion when they start using phrases such as “economic hellscape”.

Yes, this shutdown is going to cause some significant pain for a lot of people, but it is definitely not the end of the world.