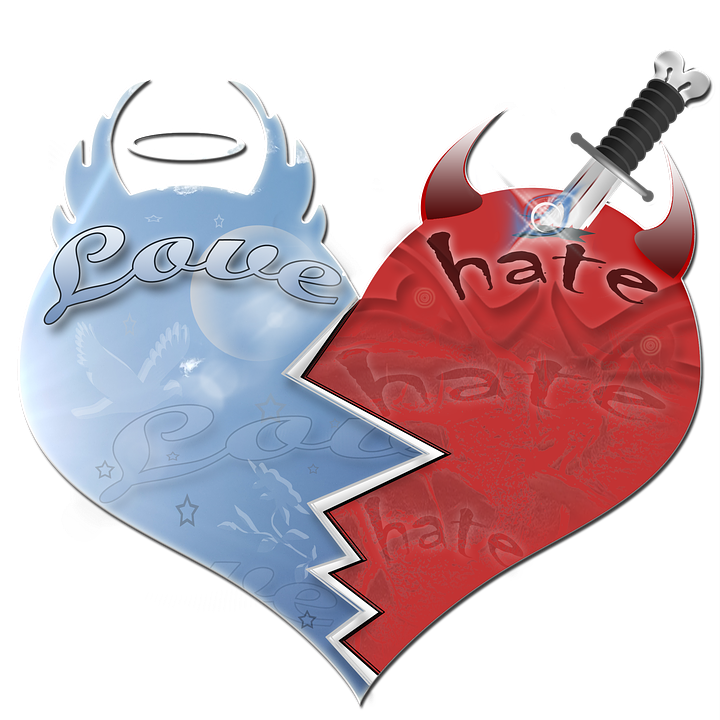 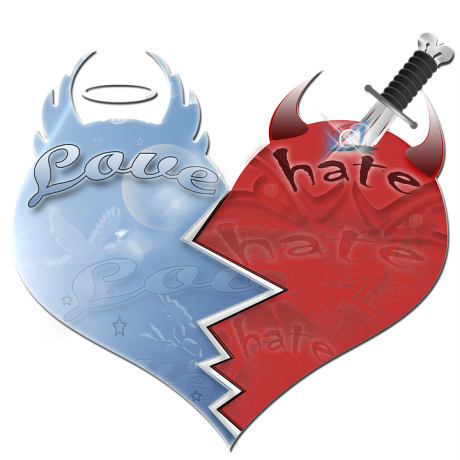 Have you noticed that people say some of the most hateful things imaginable on the Internet?  Earlier today, I came across a Time Magazine article entitled “How Trolls Are Ruining the Internet“, and it made me reflect on my own experience as the publisher of a number of prominent websites.  Over the years, I have often gotten to see what is really going on in some of the darkest hearts in our society.  There are people that come to my websites that somehow think that making crude sexual remarks about the wives and children of people that they have never met is perfectly acceptable behavior.  There are others that say incredibly vile things about people that have a different skin color than they do, and some people have a hatred for Christians and the Christian faith that is absolutely frightening.  I can’t understand why anyone would want to be like that, but apparently this kind of behavior is very widespread.  In fact, one Pew Research Center survey discovered that 70 percent of all 18-to-24-year-olds who use the Internet have experienced harassment at some point.

Sadly, the truth is that the relative anonymity of the Internet allows people to reveal what is really in their hearts.  For some people, the Internet magnifies the kindness and goodness that is in their hearts, but for others it does the exact opposite.  From the safety of their own homes, they endlessly spew speech that is so abusive that it is hard to imagine that the person spewing it is actually human.

These people are commonly known as “trolls”, and the following is how the Time Magazine article that I mentioned above describes these trolls…

Psychologists call this the online disinhibition effect, in which factors like anonymity, invisibility, a lack of authority and not communicating in real time strip away the mores society spent millennia building. And it’s seeping from our smartphones into every aspect of our lives.

The people who relish this online freedom are called trolls, a term that originally came from a fishing method online thieves use to find victims. It quickly morphed to refer to the monsters who hide in darkness and threaten people. Internet trolls have a manifesto of sorts, which states they are doing it for the “lulz,” or laughs. What trolls do for the lulz ranges from clever pranks to harassment to violent threats.

Whatever happened to treating other people the way that you would like to be treated?

When did the Golden Rule go out of style?

As our society becomes more evil, hearts all over the country are growing cold, and one of the results is that the Internet is being transformed into a festival of hatred.  The same Time Magazine article detailed some particularly disturbing examples of troll hate…

They’ve been steadily upping their game. In 2011, trolls descended on Facebook memorial pages of recently deceased users to mock their deaths. In 2012, after feminist Anita Sarkeesian started a Kickstarter campaign to fund a series of YouTube videos chronicling misogyny in video games, she received bomb threats at speaking engagements, doxxing threats, rape threats and an unwanted starring role in a video game called Beat Up Anita Sarkeesian. In June of this year, Jonathan Weisman, the deputy Washington editor of the New York Times, quit Twitter, on which he had nearly 35,000 followers, after a barrage of anti-Semitic messages. At the end of July, feminist writer Jessica Valenti said she was leaving social media after receiving a rape threat against her daughter, who is 5 years old.

On a very basic level, the Internet allows people to reveal who they really are.  Unfortunately, we are finding out that a lot of us are truly vile human beings.  Some time ago, a team of Canadian researchers did some research on Internet trolls, and what they found out was quite alarming…

They conducted two online studies with over 1,200 people, giving personality tests to each subject along with a survey about their Internet commenting behavior. They were looking for evidence that linked trolling with the “Dark Tetrad” of personality traits: narcissism, Machiavellianism, psychopathy, and sadism.

They found that Dark Tetrad scores were highest among people who said trolling was their favorite Internet activity.

It should be no surprise that our society is crawling with narcissists, psychopaths and sadists.  For decades we have been pushing God out of every corner of public life, and as a result we have seen a moral decline that is absolutely unprecedented in our history.

Is there a way that the trolls can be stopped?

Some big websites have stepped up their efforts to ban people that are advocating hatred and violence.  For instance, the New York Times says that Twitter just suspended 235,000 accounts “that promoted terrorism”…

Twitter suspended 235,000 accounts that promoted terrorism over the last six months, as part of a continuing effort to keep people from using the social network for extremist causes, the company said Thursday.

“The world has witnessed a further wave of deadly, abhorrent terror attacks across the globe,” Twitter said in a statement. “We strongly condemn these acts and remain committed to eliminating the promotion of violence or terrorism on our platform.”

But where does the censorship stop?  All too often, the definition of “extremists” goes far beyond violent terrorists.

Just consider what is happening during this campaign season.  Virtually all of the big tech companies have engaged in some form of “pro-Trump censorship”, and this was brilliantly detailed in a recent piece by Liz Crokin.  The following is a short excerpt…

I began looking into how strong the bias and censorship runs in these forums after I did an interview on the pro-Trump podcast, MAGAPod. The show’s host, Mark Hammond, was disappointed Apple wouldn’t run his show without an “explicit” warning. Hammond’s podcast didn’t contain content that would be deemed explicit under Apple’s policy, and most other shows in the News & Politics category aren’t labeled as such.

On June 18, Hammond talked to Sandra, a representative from Apple. She explained that, since the description of his show is pro-Trump, his show is explicit in nature—because the subject matter is Donald Trump. So, an Apple employee concluded the Republican presidential candidate is explicit.

iTunes has dozens of podcasts discussing Osama Bin Laden and Adolf Hitler—none of which is marked explicit.

And of course it probably won’t surprise you to learn that Apple CEO Tim Cook is a huge Hillary Clinton supporter and recently hosted a $50,000 per plate fundraiser for her campaign.

So where do we draw the line?

But that also means that I often allow people to say things that I find highly offensive.

I don’t claim to have all the answers, but I do know that the problem is growing.  As our society continues to come apart at the seams, the hatred on the Internet will continue to increase.

The Internet is used for all sorts of horrible things, but it can also be used to do great things as well.  As the darkness rises, I would encourage all of us to choose to be lights.

In a world filled with hate, love is desperately needed.

So instead of responding to hate with even more hate, let us seek to become people of great faith, great hope and great love.