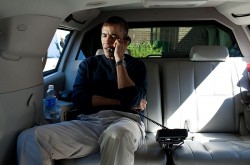 What is Barack Obama preparing for?  What does Barack Obama actually expect to happen in November?  Does he believe that the upcoming election could actually spark rampant civil unrest inside the United States?  The conditions are certainly ripe for civil unrest in this country.  A multitude of recent polls and surveys have shown that Americans are angrier and more frustrated than ever.  Sadly, we are taking a lot of that anger and frustration out on each other.  America is more divided today than at any other time since the Civil War era.  The left absolutely hates Mitt Romney the Republicans, and the right absolutely hates Barack Obama and the Democrats.  If you doubt this, just surf political blogs for a few hours and read the comments that people leave.  This country is a boiling cauldron of hatred and anger and all it is going to take is just the right “spark” to cause all of this hatred and anger to absolutely explode.  This upcoming election season is likely to be one of the most heated and divisive election seasons in U.S. history, and if there is not a clear winner on election night there is the potential that chaos could be unleashed that would be far, far worse than anything we saw during the Bush/Gore debacle of 2000.

Right now, the polls tell us that this is likely to be a very, very tight election.  If you doubt this, just check out the daily Gallup tracking poll.

As I write this, Obama and Romney are tied at 46 percent.

In 2008, a wave of positive emotion helped Obama secure a solid victory on election night where there was no doubt about the outcome.

But this time there is not going to be the same wave of positive emotion behind Obama, and that means that the election is likely to be much, much closer.

One thing that set off alarm bells for me is when various news stories starting discussing the “legion of lawyers” that Barack Obama was recruiting for this election.  The following is from a recent article in the Huffington Post….

President Barack Obama’s campaign has recruited a legion of lawyers to be on standby for this year’s election as legal disputes surrounding the voting process escalate. Thousands of attorneys and support staffers have agreed to aid in the effort, providing a mass of legal support that appears to be unrivaled by Republicans or precedent.

Did you catch that?

Obama’s “unprecedented” legion of lawyers is definitely getting prepared for something.

In a tightly contested race, would Obama use every legal angle that he possibly could to take the election away from Mitt Romney?

Would Mitt Romney potentially do the same to Obama?

How would the rest of America respond to another huge legal struggle over the presidency?

Let us hope that we never find out the answers to any of those questions.

But fighting in court is not the only avenue that Barack Obama could potentially use to keep his spot in the White House.

There is also the possibility that Barack Obama could use his executive powers to influence the outcome of the election.

This year, Obama has issued a whole series of very strange executive orders.

Many have been wondering what the true purpose of these executive orders really is.

For example, EO 13603 enables Barack Obama to take total control over all food, all energy, all health resources and all transportation resources with the stroke of a pen.

The following is from an article about this executive order by Jim Garrison in the Huffington Post….

President Obama’s National Defense Resources Preparedness Executive Order of March 16 does to the country as a whole what the 2012 National Defense Authorization Act did to the Constitution in particular — completely eviscerates any due process or judicial oversight for any action by the Government deemed in the interest of “national security.” Like the NDAA, the new Executive Order puts the government completely above the law, which, in a democracy, is never supposed to happen.

Later in that same article, he detailed some of the extraordinary powers that the executive branch would be given if Barack Obama decided that “national security” required it….

Another executive order, EO 13618, would potentially give Obama power over all communication resources in the United States.

So does that mean that Obama could potentially pull the plug on the Internet during a crisis?

Overall, Obama has issued 130 executive orders during his time as president.  The amount of power that he now claims to possess is absolutely mind blowing.

So will he ever actually attempt to use the powers that he has granted himself under these executive orders?

In addition, it appears that the Department of Homeland Security is gearing up for something.

An article posted on RT the other day entitled “DHS gears up for civil unrest prior to presidential elections” detailed some of the purchases that the Department of Homeland Security is looking to make….

The DHS submitted a rushed solicitation to the Federal Business Opportunities site on Wednesday, which is a portal for Federal government procurement requisitions over $25,000. The request gave the potential suppliers only one day to submit their proposals and a 15-day delivery requirement to Alexandria, Virginia.

As the brief explains, “the objective of this effort is to procure riot gear to prepare for the 2012 Democratic and Republican National Conventions, the 2013 Presidential Inauguration and other future similar activities.”

The total amount ordered is about 150 sets of riot helmets, thigh and groin protectors, hard-shell shin guards and other riot gear.

Specifically, DHS is looking to obtain:

The riot gear will be worn by Federal Protective Service agents who are tasked with protecting property, grounds and buildings owned by the federal government.

You can find the DHS solicitation right here.

Also, as I have written about previously, earlier this month FEMA posted a solicitation for a large number of pre-packaged meals.  According to the solicitation, the maximum number of meals that would be provided to FEMA under the contract would be 17.5 million meals.  The following is from the FEMA solicitation document….

As referred to in paragraph (b) of FAR Clause 52.216-22, “Indefinite Quantity” of this contract, the guaranteed contract minimum is 21,000 packaged meals to include the base and option periods.  The contract ceiling amount shall not exceed 17,500,000 packaged meals.

So do those solicitations mean anything special or are they just part of normal government operations?

But what we do know is that U.S. military personnel are going to be deployed at the Democratic and Republican national conventions in support of U.S. Secret Service personnel.  The following is from a recent Stars and Stripes article….

“During the Democratic/Republican National Conventions, Department of Defense personnel will support the U.S. Secret Service,” a Northern Command spokesman said in an email.

“For operational security reasons we do not discuss the numbers of military personnel and resources that are involved,” U.S. Navy Lt. Cdr. William G. Lewis said. “Additionally, we do not share our operational plans.”

Could the same forces be deployed to quell civil unrest sparked by a controversial election result in November?

The conditions are definitely right for America to be absolutely torn apart if the “perfect controversy” comes rolling along.

At this moment, Americans are incredibly frustrated.  Our economy has been in the dumps for quite a few years, and now it look like another recession is starting.  The patience of the American people is running out.

Over much of the western United States things are so hot and dry right now that just a single spark is often enough to set off a forest fire that can burn for weeks.  Well, the same thing can be said for the political climate in the United States right now.

The American people are so hot and so angry that it would not take much to set off a raging political fire.

Let us hope that cooler heads prevail, because a single spark could set this country ablaze. 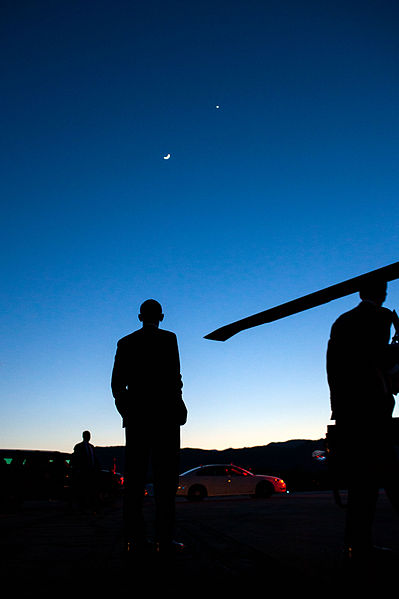