It is absolutely amazing what some people will do to make a living in this economy.  Desperate times call for desperate measures, and we have not seen this kind of desperation for jobs in America since the Great Depression of the 1930s.  What some people are willing to put up with just to bring home a paycheck these days will totally shock you.  For example, would you slaughter dogs all day long even though you are really a dog lover?  Would you personally train your replacement from China even though you knew he was about to take your job?  Would you trade sex for a job?  There are people out there actually doing all these things and worse.  Every night in America, millions upon millions of people roll around endlessly in their beds and stare at their ceilings for hours because they can’t sleep.  They are sick to their stomachs because their money is gone and nobody will hire them.  They can’t provide even the basics for their families and they feel worthless.  Unemployment can be absolutely soul crushing and it can suck the life right out of you.  Things were supposed to be better by now, but they aren’t.  The month after Barack Obama took office the unemployment rate broke the 8 percent barrier and it has stayed above it ever since.  But the truth is that the “official” unemployment number greatly understates the real amount of suffering that is going on out there.  In reality, the percentage of working age Americans that have jobs is lower today than when the last recession ended.  There are millions upon millions of Americans that are desperate for some hope, and there is no hope on the horizon.  In fact, things are going to be getting a whole lot worse for the U.S. economy.

I like personal stories because they tell us things that all of the economic statistics in the world never could.

There are millions of Americans that have had their lives totally turned upside down by this economy.  They feel abandoned and worthless, and many of them feel as though life is no longer worth living.

As you read the following stories, try to put yourself in their shoes and try to feel their pain.

Also, try to remember that these kinds of stories are going to multiply in the years ahead as the U.S. economy falls apart all around us.

A 61-Year-Old Woman Begging For A Job

A recent article posted on gawker.com included the story of a 61-year-old woman who has been through hell and back during this economic downturn….

I sent out close to 500 resumes. Most never were even acknowledged and those that were I was told I was over qualified. When you would press them they would fumble but I was sure my age was part of the “over qualified”. The thoughts of wanting life to be over were with me every day. I wanted the horror to stop. Every time I would hear of the unemployment rates I would cry-what about ME.

At one point she was so desperate she took a job where she was making the decision about what dogs to slaughter at an animal shelter.  Approximately 85 percent of the dogs at the shelter ended up being killed, and she was working about 80 hours a week doing this.  The really sad part is that she really loves dogs….

In 2008 I was able to get a job at the local shelter as a dog trainer. That turned into a job as an Operations Manager. Though I was thankful for the job we had a euthanasia rate of nearly 85%. I was the one that would be the decision maker on who lives and dies of over 10,000 animals per year and the toll mentally was hard. Being salary I was working nearly 80 hours a week due to shorthanded staff.

After she was fired for not being aggressive enough in killing off dogs, she started endlessly sending out resumes once again.  Nobody wants to hire her, and she essentially feels like an old lady begging for a job….

Since February I began sending out 3 resumes a day. As the no return answer, over qualified and now I was getting I was out of engineering too long I started to set my sights lower. I have sent in resumes to sit in the booth in gas stations, secretary and so on. Local colleges have said I am qualified to teach there but they have no openings. I am for all purposes the old lady begging for a job.

If you knew that your company was going to tear down your factory and send your job to China, would you personally train your replacement?

That is what a whole bunch of workers in Illinois are doing.

The following is from a recent article that appeared in the Guardian….

The shock of losing a precious job in a town afflicted by high unemployment is always hard. A foundation for a stable family life and secure home instantly disappears, replaced with a future filled with fears over health insurance, missed mortgage payments and the potential for a slip below the breadline.

But for Bonnie Borman – and 170 other men and women in Freeport, Illinois – there is a brutal twist to the torture. Borman, 52, and the other workers of a soon-to-be-shuttered car parts plant are personally training the Chinese workers who will replace them.

It’s a surreal experience, they say. For months they have watched their plant being dismantled and shipped to China, piece by piece, as they show teams of Chinese workers how to do the jobs they have dedicated their lives to.

Would you be willing to do the same thing just to keep the paychecks coming in for as long as possible?

Sadly, both major political parties are obsessed with promoting unrestricted free trade even though millions of American jobs continue to go overseas.

Our top political candidates even argue about which of them love “free trade” more.

It truly is sickening.

Do you remember when U.S. taxpayers bailed out the auto industry?

Well, since the auto industry bailout approximately 70 percent of all GM vehicles have been built outside the United States.

The insanity has gotten to such a level that some Americans simply cannot take it anymore.  Just consider the following example from a recent article by Donald L. Barlett and James B. Steele….

On his last day on the job, Kevin Flanagan, after clearing out a few personal effects and putting them in boxes in the back of his Ford Ranger, left the building where he’d worked for seven years.

He settled into the front seat of his pickup truck on the lower level of the company garage, placed a 12-gauge Remington shotgun to his head, and pulled the trigger. He was 41 years old.

He was a computer programmer. He’d been a programmer his entire working life. Until, that is, his job was shipped overseas. The business of moving traditional U.S. jobs abroad-called “outsourcing”-has been one of this country’s few growth industries. It’s the ultimate short-sighted business promoted by the country’s elite because it means lower wages and fatter profits. As for the American workers eliminated along the way, they are just collateral damage.

It turns out that Kevin’s replacement was a programmer from India that he personally trained.

Trading Sex For A Job

If you were truly desperate, would you trade sex for a job?

I hope not, but that is exactly what some Americans are doing.

The following is a story from a desperate unemployed woman that was posted on gawker.com recently….

I have been very depressed since I lost my job. I go through periods where I spend most of my days in bed, and although I’ve had a few interviews those people don’t even have the decency to let you know the position is filled. Sometimes I’d call for weeks asking for updates only to get the HR persons voicemail, and they’d never return my calls. With no experience I can’t even get a job waiting tables. I apply to every job in the paper and online, whether I’m qualified or not, and have had 7 interviews total, none of which ended with a job offer. Living paycheck to paycheck would be a blessing at this point.

She has become so desperate that she is even willing to trade her body for a paycheck….

The current ‘bright side’ is that I know someone who owns a small retail clothing chain and has offered me a minimum wage job there on the condition that we become ‘close friends’. I think you & I both know what that entails, but at this time in my life it seems like a better alternative than losing the little that I have. I’d have a paycheck equal to what I am getting on unemployment with the opportunity for overtime and advancements, full benefits and a schedule that would allow me to continue schooling.

The frightening thing is that a whole lot more layoffs are on the horizon.

Just check out this excerpt from a recent article on thehill.com….

Lockheed Martin and Pratt & Whitney are going forward with plans to issue layoff notices to thousands of employees due to looming defense cuts under sequestration, despite administration claims that such warnings are unnecessary.

So how many jobs will be lost?

Unfortunately, it is being projected that we could be looking at a million jobs lost….

Top industry officials have said publicly that automatic cut under sequestration could lead to the loss of 1 million defense-related jobs.

Industry leaders and their supporters in Congress say those job losses would hit battleground states such as Ohio, Pennsylvania, Virginia and Florida particularly hard.

Like I have written about before, we simply cannot continue to steal more than a trillion dollars from future generations every single year, but when we do make deep cuts to the federal budget the economic pain is going to be immense.

We already have more than 100 million Americans on welfare.

What is this country going to look like if things get even worse?

The good news is that if you do lose your job and your home you might have somewhere to sleep.  New York City is opening up a bunch of new homeless shelters….

The city recorded 43,731 homeless people in shelters this week, which is up 18 percent from the 37,143 at the same time last year, The New York Times reported.

So don’t get too down.

If you can’t find a job and you can’t afford a home perhaps you can at least get into one of those shiny new homeless shelters.

Seriously, I don’t actually want anyone reading this to end up in a homeless shelter.

That is why I endlessly urge people to adjust their priorities and to work as hard as they can right now to prepare for the very hard economic times that are coming.

We are moving into the most difficult times that any of us have ever seen, and if you do nothing to prepare yourself you will be very sorry. 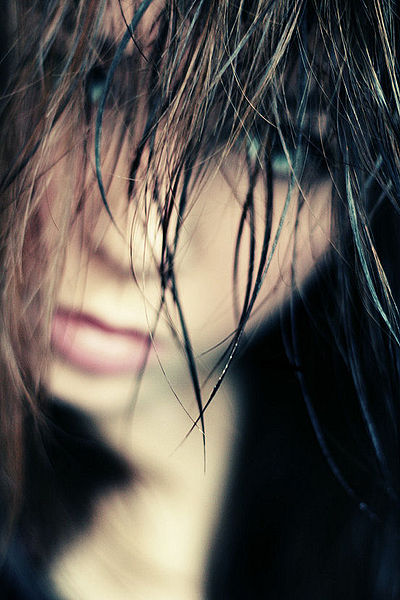