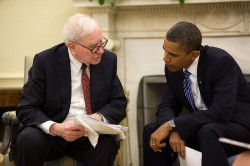 Why is the economy going to collapse?  Have you ever been asked that question?  If so, what did you say?  Sometimes it is difficult to communicate dozens of complicated economic and financial concepts in a package that the average person on the street can easily digest.  It can be very frustrating to know that something is true but not be able to explain it clearly to someone else.  Hopefully many of you out there will find the list below useful.  It is a list of 70 numbers that show why we are headed for a national economic nightmare.  So why does the title of the article single out Barack Obama?  Well, it is because right now he is the biggest cheerleader for the economy.  He is attempting to convince all of us that everything is just fine and that the economy is heading in a positive direction.  Well, the truth is that everything is not fine and things are about to get a whole lot worse.  Certainly others should share in the blame as well.  Congress has been steering the economy in the wrong direction for decades, the “too big to fail” banks have turned Wall Street into a pyramid of risk, leverage and debt, and the Federal Reserve has more power over the financial system than anyone else does.  Our economy has been in decline for quite a while now, and soon we are going to smash directly into an economic brick wall.  Unfortunately, a lot of Americans are in denial about this.  A lot of people out there doubt that an economic collapse is coming.  Well, if you know someone that believes that the U.S. economy is going to be “just fine”, just show them the list below.

The following are 70 facts that Barack Obama does not want you to see….

22 – It is hard to believe, but today the poverty rate for children living in the United States is a whopping 22 percent.

23 – According to U.S. Representative Betty Sutton, an average of 23 manufacturing facilities permanently shut down in the United States every single day during 2010.

32 – The amount of money that the federal government gives directly to Americans has increased by 32 percent since Barack Obama entered the White House.

35 – U.S. housing prices are now down a total of 35 percent from the peak of the housing bubble.

40 – The official U.S. unemployment rate has been above 8 percent for 40 months in a row.

42 – According to one survey, 42 percent of all American workers are currently living paycheck to paycheck.

48 – Shockingly, at this point 48 percent of all Americans are either considered to be “low income” or are living in poverty.

49 – Today, an astounding 49.1 percent of all Americans live in a home where at least one person receives benefits from the government.

53 – Last year, an astounding 53 percent of all U.S. college graduates under the age of 25 were either unemployed or underemployed.

60 – According to a recent Gallup poll, only 60 percent of all Americans say that they have enough money to live comfortably.

63 – One recent survey found that 63 percent of all Americans believe that the U.S. economic model is broken.

71 – Today, 71 percent of all small business owners believe that the U.S. economy is still in a recession.

80 – Americans buy 80 percent of the pain pills sold on the entire globe each year.

85 – 85 percent of all artificial Christmas trees are made in China.

86 – According to one survey, 86 percent of Americans workers in their sixties say that they will continue working past their 65th birthday.

90 – In the United States today, the wealthiest one percent of all Americans have a greater net worth than the bottom 90 percent combined.

93 – The United States now ranks 93rd in the world in income inequality.

107 – Each year, the average American must work 107 days just to make enough money to pay local, state and federal taxes.

350 – The average CEO now makes approximately 350 times as much as the average American worker makes.

400 – According to Forbes, the 400 wealthiest Americans have more wealth than the bottom 150 million Americans combined.

900 – Auto parts exports from China to the United States have increased by more than 900 percent since the year 2000.

2016 – It is being projected that the Chinese economy will be larger than the U.S. economy by the year 2016.

$4300 – The amount by which real median household income has declined since Barack Obama entered the White House.

50,000 – The United States has lost an average of approximately 50,000 manufacturing jobs a month since China joined the World Trade Organization in 2001.

$175,587 – The Obama administration spent $175,587 to find out if cocaine causes Japanese quail to engage in sexually risky behavior.

440,00 – If the federal government began right at this moment to repay the U.S. national debt at a rate of one dollar per second, it would take over 440,000 years to totally pay it off.

500,000 – According to the Economic Policy Institute, America is losing half a million jobs to China every single year.

2,000,000 – Family farms are being systematically wiped out of existence in the United States.  According to the U.S. Department of Agriculture, the number of farms in the United States has fallen from about 6.8 million in 1935 to only about 2 million today.

5,400,000 – When Barack Obama first took office there were 2.7 million long-term unemployed Americans.  Today there are twice as many.

16,000,000 – It is being projected that Obamacare will add 16 million more Americans to the Medicaid rolls.

$20,000,000 – The amount of money the U.S. government was spending to create a version of Sesame Street for children in Pakistan.

25,000,000 – Today, approximately 25 million American adults are living with their parents.

40,000,000 – According to Professor Alan Blinder of Princeton University, 40 million more U.S. jobs could be sent offshore over the next two decades if current trends continue.

88,000,000 – Today there are more than 88 million working age Americans that are not employed and that are not looking for employment.  That is an all-time record high.

$150,000,000 – This is approximately the amount of money that the Obama administration and the U.S. Congress are stealing from future generations of Americans every single hour.

$2,000,000,000 – The amount of money that JP Morgan has admitted that it will lose from derivatives trades gone bad.  Many analysts are convinced that the real number will actually end up being much higher.

$5,000,000,000,000 – The U.S. national debt has risen by more than 5 trillion dollars since the day that Barack Obama first took office.  In a little more than 3 years Obama has added more to the national debt than the first 41 presidents combined.

$200,000,000,000,000 – Today, the 9 largest banks in the United States have a total of more than 200 trillion dollars of exposure to derivatives.  When the derivatives market completely collapses there won’t be enough money in the entire world to fix it. 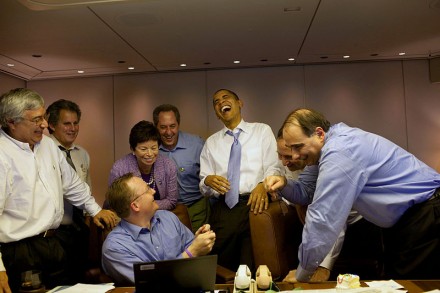