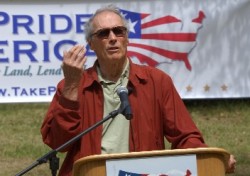 Did you see the Chrysler commercial featuring Clint Eastwood that aired during the Super Bowl the other night?  It was entitled “It’s Halftime In America”, and it was truly a great ad.  To me, it was the most memorable Super Bowl ad this year by far.  It conjured up images of the America that so many of us remember so fondly.  It reminded us of how life in this country used to be.  Unfortunately, America is currently headed down a road that is taking us in the opposite direction.  Yes, it is halftime in America, but there is no guarantee that what is ahead is going to be great.  In fact, if we continue to make the same choices that we have been making, a national nightmare is inevitable.  Let us hope and pray for a fundamental change of direction for America, but let us also prepare for what is going to happen if that does not take place.  There is a “pause in the action” at the moment, so now is the time to get your financial priorities in order.  Now is the time to prepare for the storm that is coming.  If you wait until the storm is right on top of you it will probably be too late.

But I must admit that I really loved that ad.  First of all, any Super Bowl ad that includes Clint Eastwood is almost automatically going to be a great ad.  Secondly, it was very refreshing to see a commercial address some of the very serious problems that this country is facing.

The ad ended with Eastwood making the following statement….

“This country can’t be knocked out with one punch. We get right back up again, and when we do the world is going to hear the roar of our engines. Ya, it’s halftime in America, and our second half is about to begin”

A video of the complete ad is posted below….

Kudos to Chrysler for producing such an extraordinary ad.  I have to admit that I actually prefer Chrysler to Ford and GM.  I like their style and I think they make some very nice vehicles.

But Chrysler is far from out of the woods.  They almost went under during the last recession, and if the U.S. economy experiences another major recession they might not survive it.

Hopefully Chrysler can string a few more profitable years together, but there is certainly no guarantee that is going to happen.

As I have written about previously, the U.S. auto industry is in the midst of a nightmarish long-term decline.

When you examine the numbers over a longer time frame, they are even more striking.

For example, in 1970 General Motors had about a 60 percent share of the U.S. automobile market, but today that figure is down to about 20 percent.

In an effort to cut costs, U.S. automakers have been eliminating jobs and sending jobs out of the country.

So the U.S. auto industry has not exactly bounced back.

They have survived for now, but there is no guarantee that this is going to be permanent.

Many considered the Chrysler Super Bowl ad to be an endorsement of the auto bailouts and of the economic policies of the Obama administration.

But that wasn’t the case at all.  In fact, it turns out that Clint Eastwood was actually a harsh critic of the auto bailouts as Reuters recently noted….

“We shouldn’t be bailing out the banks and car companies,” actor, director and Academy Award winner Eastwood told the Los Angeles Times in November 2011. “If a CEO can’t figure out how to make his company profitable, then he shouldn’t be the CEO.”

And Clint Eastwood certainly did not mean to endorse Obama during the commercial.  The following is what Eastwood told Fox News about the ad….

“I just want to say that the spin stops with you guys, and there is no spin in that ad. On this I am certain.

l am certainly not politically affiliated with Mr. Obama. It was meant to be a message about just about job growth and the spirit of America. I think all politicians will agree with it. I thought the spirit was OK.”

The cold, hard reality of the matter is that America has not “bounced back” since 2008.  Sadly, the truth is that we are even in worse condition than we were back then….

-Our national debt has risen by about 50 percent since 2008.

-Our states are in more debt than ever.

-Our local governments are in more debt than ever.

-More Americans are living in poverty than ever before.

-The number of “long-term unemployed workers” has more than doubled since Barack Obama entered the White House.

-The amount of money that the federal government gives directly to Americans has increased by 32 percent since Barack Obama entered the White House.

-Despite claims that things are “getting better”, the truth is that the percentage of Americans that actually have jobs is almost exactly the same as it was two years ago.

Amazingly, Barack Obama seems to think that he has done a good job and that he deserves a second term.  On Sunday, Obama told NBC’s Matt Lauer the following….

“I deserve a second term, but we’re not done”

Many Americans are buying into the hype.  A new ABC News/Washington Post poll has found that Barack Obama’s approval rating is actually rising.

But it won’t last long.  As the economy crumbles his approval rating will start going down once again.

The sad truth is that America is in the middle of a long-term economic decline because our economy is not built on a solid foundation.

The false prosperity that we are enjoying now is being fueled by the biggest debt bubble in the history of the world.  We consume far more wealth than we produce, and we pay for it by constantly going into more debt.

At some point the merry-go-round is going to stop and when it does it is going to be incredibly painful.

That same survey found that only 15 percent of all Americans feel as though they are completely prepared for the coming catastrophic event.

Remember what happened back in 2008.  When the financial crisis struck, millions of Americans lost their jobs very rapidly.  Since many of them did not have any money stored up, a lot of them lost their homes as well.

Since it is “halftime in America”, now is the time to get prepared for the next great financial crisis.

Now is the time to reduce your expenses.

Now is the time to get out of debt.

Now is the time to set aside some money so that you will have something to live on if you do happen to lose your job.  I typically recommend that you have at least 6 months of living expenses stored up.

Now is the time to start a side business.  Even if you are broke, there are some businesses out there that you can start up for no money.  It isn’t easy to start a business with no money, but it can be done.

Now is the time to grow a garden.  Fruits and vegetables are often some of the most expensive items at the grocery store, and by growing them yourself you become less dependent on the system.

And that is the key.  We all want to try to become less dependent on the system.

There is no guarantee that your job will always be there.

There is no guarantee that your insurance company or the financial institutions that you are working with today will always be there.

There is no guarantee that the government will be there “to save you” when you really need it.

Yes, it is halftime in America.

So get ready for the second half, because it is going to be a real nightmare. 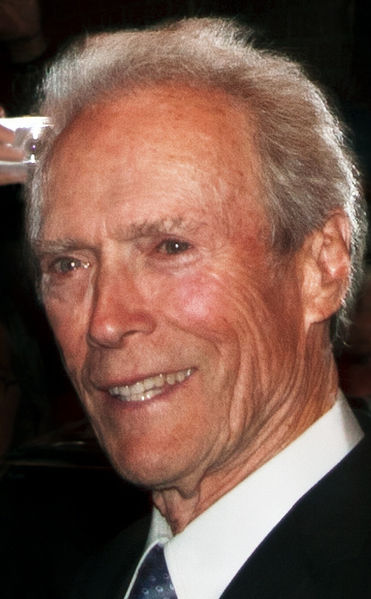