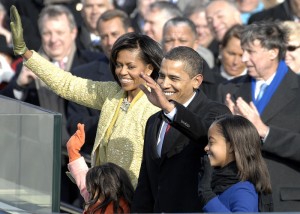 The mainstream media covered the inauguration of Barack Obama with breathless anticipation on Monday, but should we really be celebrating another four years of Obama?  The truth is that the first four years of Obama were an absolute train wreck for the U.S. economy.  Over the past four years, the percentage of working age Americans with a job has fallen, median household income has declined by more than $4000, poverty in the U.S. has absolutely exploded and our national debt has ballooned to ridiculous proportions.  Of course all of the blame for the nightmarish performance of the economy should not go to Obama alone.  Certainly much of what we are experiencing today is the direct result of decades of very foolish decisions by Congress and previous presidential administrations.  And of course the Federal Reserve has more influence over the economy than anyone else does.  But Barack Obama steadfastly refuses to criticize anything that the Federal Reserve has done and he even nominated Ben Bernanke for another term as Fed Chairman despite his horrific track record of failure, so at a minimum Barack Obama must be considered to be complicit in the Fed’s very foolish policies.  Despite what the Obama administration tells us, the U.S. economy has been in decline for a very long time, and that decline has accelerated in many ways over the past four years.  Just consider the statistics that I have compiled below.  The following are 37 statistics which show how four years of Obama have wrecked the U.S. economy…

1. During Obama’s first term, the number of Americans on food stamps increased by an average of about 11,000 per day.

4. The number of Americans receiving money directly from the federal government each month has grown from 94 million in the year 2000 to more than 128 million today.

5. According to the U.S. Census Bureau, more than 146 million Americans are either “poor” or “low income” at this point.

6. The unemployment rate in the United States is exactly where it was (7.8 percent) when Barack Obama first entered the White House in January 2009.

8. During the first four years of Obama, the number of Americans “not in the labor force” soared by an astounding 8,332,000.  That far exceeds any previous four year total.

10. The Obama years have been absolutely devastating for small businesses in America.  According to economist Tim Kane, the following is how the number of startup jobs per 1000 Americans breaks down by presidential administration…

11. Median household income in America has fallen for four consecutive years.  Overall, it has declined by over $4000 during that time span.

12. The economy is not producing nearly enough jobs for the hordes of young people now entering the workforce.  Approximately 53 percent of all U.S. college graduates under the age of 25 were either unemployed or underemployed in 2011.

13. According to a report from the National Employment Law Project, 58 percent of the jobs that have been created since the end of the recession have been low paying jobs.

14. Back in 2007, about 28 percent of all working families were considered to be among “the working poor”.  Today, that number is up to 32 percent even though our politicians tell us that the economy is supposedly recovering.

15. According to the Center for Economic and Policy Research, only 24.6 percent of all of the jobs in the United States are “good jobs” at this point.

16. According to the U.S. Census Bureau, the middle class is taking home a smaller share of the overall income pie than has ever been recorded before.

17. According to the Economic Policy Institute, the United States is losing half a million jobs to China every single year.

18. The United States has fallen in the global economic competitiveness rankings compiled by the World Economic Forum for four years in a row.

19. According to the World Bank, U.S. GDP accounted for 31.8 percent of all global economic activity in 2001.  That number declined steadily over the course of the next decade and was only at 21.6 percent in 2011.

22. Under Barack Obama, the United States has lost more than 300,000 education jobs.

23. For the first time ever, more than a million public school students in the United States are homeless.  That number has risen by 57 percent since the 2006-2007 school year.

24. Families that have a head of household under the age of 30 now have a poverty rate of 37 percent.

26. Electricity bills in the United States have risen faster than the overall rate of inflation for five years in a row.

28. Today, 77 percent of all Americans live paycheck to paycheck at least part of the time.

29. It is being projected that Obamacare will add 16 million more Americans to the Medicaid rolls.

30. The total amount of money that the federal government gives directly to the American people has grown by 32 percent since Barack Obama became president.

33. The U.S. government has run a budget deficit of well over a trillion dollars every single year under Barack Obama.

35. During Obama’s first term, the federal government accumulated more debt than it did under the first 42 U.S presidents combined.

36. As I wrote about yesterday, when you break it down the amount of new debt accumulated by the U.S. government during Obama’s first term comes to approximately $50,521 for every single household in the United States.  Are you ready to contribute your share?

37. If you started paying off just the new debt that the U.S. has accumulated during the Obama administration at the rate of one dollar per second, it would take more than 184,000 years to pay it off.

But despite all of these numbers, the mainstream media and the left just continue to shower Barack Obama with worship and praise.  Newsweek recently heralded Obama’s second term as “The Second Coming“, and at Obama’s pre-inauguration church service Reverand Ronald Braxton openly compared Obama to Moses…

Obama, said Braxton, was just like Moses facing the Red Sea: “forward is the only option … The people couldn’t turn around. The only thing that they could do was to go forward.” Obama, said Braxton, would have to overcome all obstacles – like opposition from Republicans, presumably, or the bounds of the Constitution. Braxton continued, “Mr. President, stand on the rock,” citing to Moses standing on Mount Horeb as his people camped outside the land of Israel.

But it wasn’t enough to compare Obama with the founder of Judaism and the prophet of the Bible. Braxton added that Obama’s opponents were like the Biblical enemies of Moses, and that Obama would have to enter the battle because “sometimes enemies insist on doing it the hard way.”

So what do you think the next four years of Obama will bring? 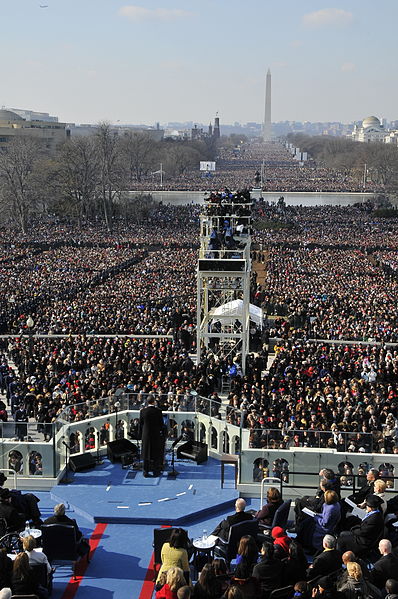