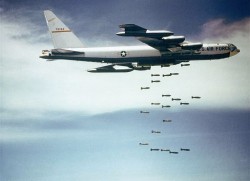 The European debt crisis has just gone to an entirely new level.  Just when it seemed like things may be stabilizing somewhat, we get news of huge financial bombs being dropped all over Europe.  Very shortly after U.S. financial markets closed on Friday, S&P announced credit downgrades for nine European nations.  This included both France and Austria losing their cherished AAA credit ratings.  When the credit rating of a country gets slashed, that is a signal to investors that they should start demanding higher interest rates when they invest in the debt of that nation.  Over the past year it has become significantly more expensive for many European nations to borrow money, and these new credit downgrades certainly are certainly not going to help matters.  Quite a few financially troubled nations in Europe are very dependent on the ability to borrow huge piles of cheap money, and as debt becomes more expensive that is going to push many of them over the edge.    Yesterday I wrote about 22 signs that we are on the verge of a devastating global recession, and unfortunately that list just got a whole lot longer.

Over the past several months we have seen quite a few credit downgrades all over Europe, but we have never seen anything quite like what S&P just did.  Standard & Poor’s unleashed a barrage of credit downgrades on Friday….

-France was downgraded from AAA to AA+

-Austria was downgraded from AAA to AA+

-Italy was downgraded two more levels from A to BBB+

-Malta was downgraded one level

-Slovakia was downgraded one level

-Slovenia was downgraded one level

This is really bad news for anyone that was hoping that things in Europe would start to get better.  Borrowing costs for many of these financially troubled nations are going to go even higher.

In addition, there was another really, really troubling piece of news that came out of Europe on Friday.

It was announced that negotiations between the Greek government and private holders of Greek debt have broken down.

The Institute of International Finance has been representing private bondholders in negotiations with the Greek government about the terms of a “voluntary haircut” that is supposed to be a key component of the “rescue plan” for Greece.

Greece desperately needs private bondholders to agree to accept a “voluntary haircut” of 50% or more.  Without some sort of an agreement, the finances of the Greek government will collapse very quickly.

For now, negotiations have failed.  There is hope that negotiations will resume soon, but Greece is rapidly running out of time.

The Institute of International Finance issued a statement on Friday which said the following….

“Unfortunately, despite the efforts of Greece’s leadership, the proposal put forward … which involves an unprecedented 50% nominal reduction of Greece’s sovereign bonds in private investors’ hands and up to €100 billion of debt forgiveness — has not produced a constructive consolidated response by all parties, consistent with a voluntary exchange of Greek sovereign debt”

The IIF says that negotiations are “paused for reflection” right now, but they are hoping that they will be able to resume before too long….

“Under the circumstances, discussions with Greece and the official sector are paused for reflection on the benefits of a voluntary approach”

Something needs to be done, because Greece is experiencing a complete and total financial meltdown.

That is how fast these things can move when confidence disappears.

Those living in the United States should keep that in mind.

Unfortunately, Greece is not the only European nation that is completely falling apart financially.

We aren’t hearing much about it in the U.S. media, but Hungary is a total basket case right now.  The credit rating of Hungary was reduced to junk status some time ago, and now the IMF and the EU are threatening to withhold financial aid from Hungary if the Hungarians do not run their country exactly as they are being told to do.

In particular, the IMF and the EU are absolutely furious that Hungary is trying to take more political control over the central bank in Hungary.  The following is from an article in the Daily Mail….

The European Union has stepped up pressure on Hungary over the country’s refusal to implement austerity policies and threatened legal action over its new constitution.

The warnings escalated the standoff between Budapest and the EU, as Hungary negotiates fresh financial aid from Europe and the International Monetary Fund.

Over the past months, the country’s credit rating has been cut to junk by all three major rating agencies, unemployment is 10.6 percent and the country may be facing a recession.

But bailout negotiations broke down after Budapest refused to cut public spending and implemented a new constitution reasserting political control over its central bank.

Slovenia is a total mess right now as well.  The following comes from a recent article posted on EUObserver.com….

Slovenia’s borrowing costs have reached ‘bail-out territory’ after lawmakers rejected the premier-designate, putting the euro-country on the line for further downgrades by ratings agencies.

Zoran Jankovic, the mayor of Slovenia’s capital Ljubljana, fell four votes short of the 46 needed to be approved as prime minister by the parliament, with the country’s president set to re-cast his name or propose someone new within two weeks.

Some time ago, I warned that 2012 was going to be a more difficult year for the global economy than 2011 was.

Well, things are certainly starting to shape up that way.

Europe is heading for some really hard times.  What is about to happen in Europe is going to shake the entire global financial system.

Those that live in the United States should take notice, because the U.S. financial system is far more fragile than most people believe.

Our banking system is a gigantic mountain of debt, leverage and risk and it could fall again at any time.

In addition, the U.S. debt problem is bigger than it has ever been before.

For example, did you know that the federal government is on a pace to borrow 6.2 trillion dollars by the end of Obama’s first term in office?

For now the U.S. government is still able to borrow giant piles of super cheap money, but such a situation does not last forever.

Already there are indications that foreigners are starting to dump large amounts of U.S. debt.  If this trickle becomes a flood things could become very bad for the United States very quickly.

We are on the verge of some very bad things.  The kinds of “financial bombs” that we saw dropped today are going to become much more frequent.  As governments, banks and investors scramble to survive, we are going to see extreme amounts of volatility in the financial marketplace.

Things are not going to be “normal” again for a really, really long time.

Hold on tight, because 2012 is going to be a very interesting year. 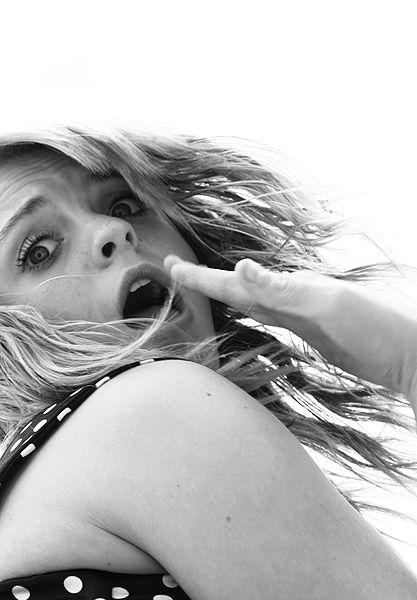