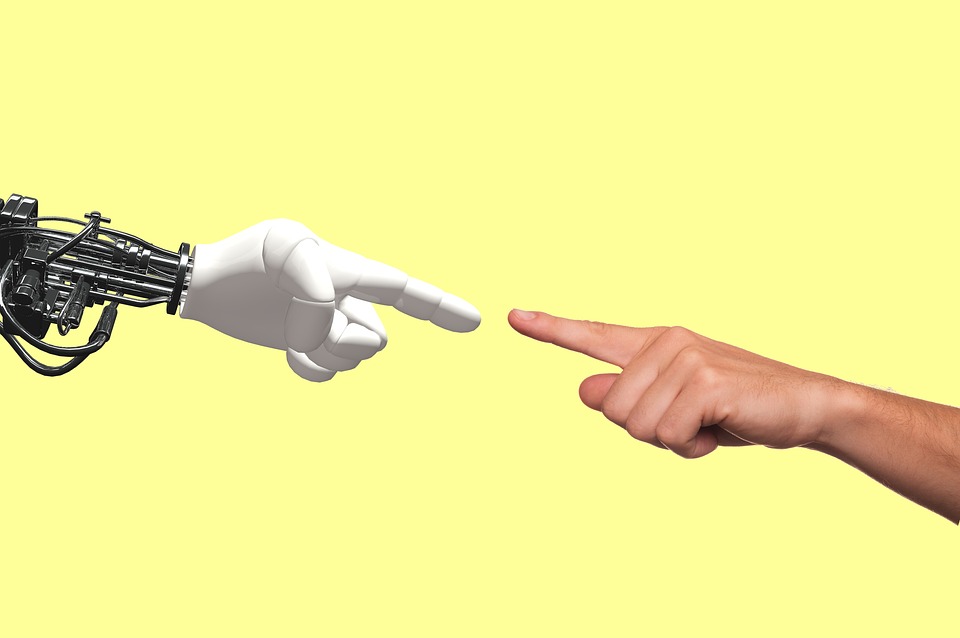 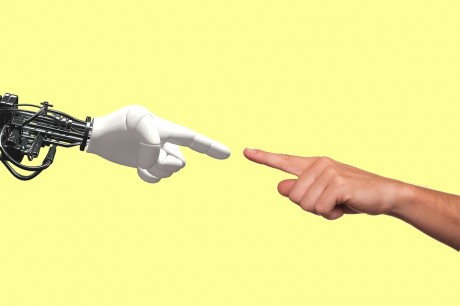 What is going to happen to society when robots are able to do just about everything better, faster and cheaper than human workers can?  We live at a time when technology is increasing at an exponential pace.  Incredible advancements in robotics, computer science and artificial intelligence are certainly making our lives more comfortable, but they are also bringing fundamental changes to the workplace.  For employers, there are a lot of advantages to replacing human workers with robots.  Robots don’t surf around on Facebook when they are supposed to be working. Robots don’t need Obamacare, lunch breaks or vacation days. Robots never steal from the company and they never complain.  Up until fairly recently, human workers could generally perform many tasks more cheaply than robots could, but now that is rapidly changing.

For example, a coffee shop has just opened up in San Francisco that is manned by a robot instead of a human…

Tired of your barista misspelling your name on your morning cup of joe? Perhaps a robot could do better. On Monday, Cafe X opened its very first robotic cafe in San Francisco’s Metreon shopping center. Promising “precision crafted specialty coffee in seconds, the way the roaster intended,” Cafe X thinks that anything a human can do, its machines can do better.

Specifically, one very special machine. Nicknamed Gordon, after a Cafe X employee, this robot mans, or robots, two standard professional coffee machines in order to serve up espressos and lattes. In the San Francisco location, customers can grab a cup of coffee with beans from AKA Coffee, Verve Coffee Roasters, or Peet’s. While the coffee itself may not make Cafe X stand out from the competition, the startup hopes that the robot’s efficiency will.

If that coffee shop demonstrates that it can be much more profitable than a coffee shop with human employees, it is just a matter of time before human baristas start to be phased out all over the nation.

A similar thing is happening in many supermarkets.  Personally, I hate the “self-checkout lines”, but you are starting to see them everywhere these days.

And according to the Sun, Amazon is playing around with a concept that would employ hardly any human workers at all…

In the case of Amazon’s automated retail prototype, a half-dozen workers could staff an average location. A manager’s duties would include signing up customers for the “Amazon Fresh” grocery service. Another worker would restock shelves, and still another two would be stationed at “drive-thru” windows for customers picking up their groceries, fast-food style.

The last pair would work upstairs, helping the robots bag groceries to be sent down to customers on “dumbwaiter”-like conveyors, a source said.

With the bare-bones payroll, the boost to profits could be huge. Indeed, the prototype being discussed calls for operating profit margins north of 20 percent. That compares with an industry average of just 1.7 percent, according to the Food Marketing Institute.

During the recent presidential campaign, much was made of the fact that we have shipped millions of good paying jobs overseas over the past several decades.

We can certainly try to make some laws that would keep American workers from losing jobs to foreign workers, but pretty soon workers all over the world are going to be losing millions of jobs to technology, and it is going to be just about impossible to make laws to prevent that from happening.

Just check out what is happening in China.  Many big firms had moved manufacturing to China because labor was much cheaper over there, but now a lot of those cheap Chinese workers are being replaced by robots…

Apple’s iPhone manufacturer, Foxconn, in fact, has already begun automating certain work that was previously done by hand. A Chinese government official told a Hong Kong newspaper in May that Foxconn had replaced 60,000 workers with robots at one factory there. And the company is receiving incentives north of Shanghai in the eastern-central Jiangsu Province to accelerate investments in robotics to replace human labor, according to Chinese state media organization Xinhua.

Sadly, this is just the beginning.  According to one study, 49 percent of all activities currently performed by human workers could already “be turned over to some sort of machine or robot”…

About 49% of worker activities can be turned over to some sort of machine or robot, increasingly helped along by artificial-intelligence software, according to consultancy McKinsey.

The revelations that dependable office jobs such as insurance workers and real estate agents have a more than 97% chance of becoming computerised could now spark fears among the middle class workforce.

‘While low-skilled jobs are most exposed to automation over the forthcoming decades, a substantial number of middle-income jobs are equally at risk.’ Frey told The Times.

Other jobs that feature high on the ‘risk list’ are credit analysts who have a 97% chance of losing their jobs to robots, postal service workers at 95% and lab technicians who have an 89% chance of seeing their role become automated.

So what in the world are we going to do with billions of human workers around the globe that are no longer needed when technology takes virtually all of our jobs?

Some have suggested that the idea of “work” will become a thing of the past, and that society will evolve into a socialist utopia where everything we need is provided for by the government.  In fact, the concept of a “universal basic income” is already being promoted in Europe and elsewhere.

But others see a dystopian future where the gap between the “haves” and the “have nots” grows greater than ever before.  Humanity has always been plagued by poverty and greed, and everyone agrees that the gap between the very wealthy and the rest of us has been growing very rapidly in recent years.

Where there is nearly universal agreement is on the fact that big changes are coming.  Workers are going to be displaced by technology at an accelerating rate in the years ahead, and this will present a tremendous challenge for us all.