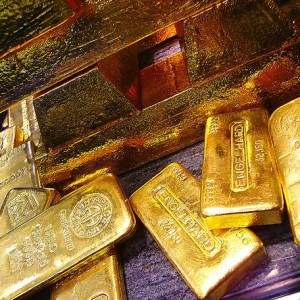 For decades, the U.S. dollar has been the reserve currency of the world.  This has given the United States an extraordinary amount of economic power, but as the U.S. economy has started to come apart over the past decade, other nations have increasingly sought to move away from the U.S. dollar and find other alternatives.  For a long time it was thought that the Euro would become the next great reserve currency of the world.  However, the recent Greek debt crisis, along with massive financial instability in nations such as Portugal, Spain and Italy, has caused investors to rapidly lose confidence in the Euro.  In fact there are even some whispers that the Euro may not even survive the sovereign debt crisis as it sweeps across Europe.  With both the U.S. dollar and the Euro looking shaky, investors have been searching somewhere safe to put their money.  Increasingly, they have been turning to gold.  So has gold now become a new reserve currency?  Will all of this new demand drive the price of gold into unprecedented territory?

Well, the truth is that as long as paper currencies around the world continue to show instability, gold will continue to be a preferred choice.  Nations all over the world are looking for ways to diversify their very large foreign exchange reserves.  For example, China now has approximately $2 trillion in foreign exchange reserves, and has been wanting to reduce its position in U.S. dollars for quite some time now.

But where should they put their money?

The Euro is coming apart like a 20 dollar suit.  There is a very real fear that Greece is only the first domino to fall and that soon nations like Italy, Spain and Portugal will be begging the IMF for assistance as the sovereign debt crisis sweeps across Europe.

Well, what about the British pound?  The truth is that the pound is not very appealing right now because the U.K. is facing a massive government debt crisis as well.  In fact, Bank of England governor Mervyn King recently warned that public anger over the “austerity measures” that soon must be implemented in the U.K. will be so intense that whatever party wins this election will be out of power for a generation.

Well, how about the Japanese yen?  Ironically, there has been a move towards the Japanese yen in recent days, but the truth is that the Japanese debt situation is one of the worst in the world.  Japan’s gross public debt has reached 201 percent of GDP and  Japan’s battle with deflation dragged into its 13th straight month in March.  No, the yen is not safe at all.

So does that bring us back to the U.S. dollar?  No.  There is a reason why nations all over the world have been wanting to get out of the U.S. dollar.  The United States has piled up the biggest mountain of debt in the history of the world, and even official U.S. government reports admit that the U.S. government is on a financial path that is not even close to sustainable.  The U.S. economy is caught in a death spiral, and that makes the U.S. dollar very unsafe.

So, what is safe at this point?

The price of gold rose to $1,210 an ounce on Friday.  The terms “flight to quality” and “safe haven” are increasingly being used for the precious metal as investors flee all of the major global paper currencies.

Just consider some of the recent comments about gold by financial experts that have shown up in the news….

“The sovereign-debt panic is spreading and forcing a flight to quality into gold.”

Dennis Gartman, an economist and the editor of the Suffolk, Virginia-based Gartman Letter:

“There is a clear flight into quality to the gold market as frightened capital seeks a haven of any sort while confusion reigns.”

So will this move towards gold continue?

Although anyone who follows the gold market knows that big financial institutions regularly work to suppress the price of gold.  In fact, one industry insider recently decided to be a whistleblower and came forward with “smoking gun” evidence of price manipulation in the precious metals markets, but the CFTC didn’t do a thing about it.

Fortunately, the overwhelming demand for gold is now pushing the price up despite efforts to suppress it.

In addition, once it becomes apparent that most of the “gold” that is traded in the world is not backed by the actual metal itself, the price of gold will go even higher.

For years, almost everyone has assumed that the London Bullion Market Association (LBMA), the world’s largest gold market, had actual gold to back up the massive “gold deposits” at the major LBMA banks.

But that is just not the case.

People are now starting to realize that there is very little actual gold in the LBMA system.

When most people think they are buying “gold”, what they are actually buying are just pieces of paper that say they own gold.

Egon von Greyerz of Matterhorn Asset Management in Switzerland recently elaborated on this point.  He says that “a lot of people who have studied it closely are convinced that there is a major shortage in physical gold at LBMA. LBMA trades around 700 tons net of gold daily. That is 25% of world annual production and around $6 trillion annually. To back that amount of trading on a 100% reserve ratio basis, it would need several year’s production of physical gold, which they definitively haven’t got.”

So what is going to happen when investors start demanding physical delivery of the gold that they purchase?

It is going to create a huge mess.

Needless to say, if you are investing in gold make sure that you take physical delivery of the gold.

As the paper currenices all over the globe continue to unravel (as all debt-based paper currencies always do), all precious metals, including gold, will be increasingly in demand.

In fact, the idea of gold being a “reserve currency” is not anything new.

Gold has been a “reserve currency” for thousands of years, and those who understand history know that it will always remain one. 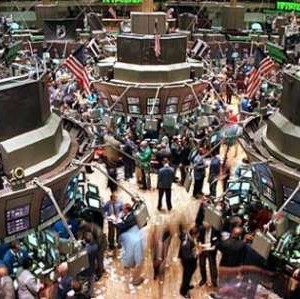