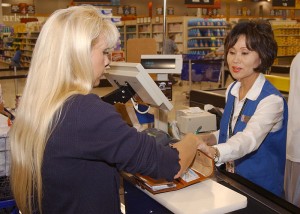 In America tonight, tens of millions of men and women will struggle to get to sleep because they are stressed out about not making enough money even though they are working as hard as they possibly can.  They are called “the working poor”, and their numbers are absolutely exploding.  As a recent Gallup poll showed, Americans are more concerned about the economy than they are about anything else.  But why are Americans so stressed out about our economic situation if things are supposedly getting better?  Well, the truth is that unemployment is not actually going down, and the real unemployment numbers are actually much worse than what is officially being reported by the government.  But unemployment is only part of the story.  Most American workers are still able to find jobs, but an increasing proportion of them are not able to make ends meet at the end of the month.  Our economy continues to bleed good paying middle class jobs, and to a large degree those jobs are being replaced by low income jobs.  Approximately one-fourth of all American workers make 10 dollars an hour or less at this point, and we see them all around us every day.  They flip our burgers, they cut our hair and they take our money at the supermarket.  In many homes, both parents are working multiple jobs, and yet when a child gets sick or a car breaks down they find that they don’t have enough money to pay the bill.  Many of these families have gone into tremendous amounts of debt in order to try to stay afloat, but once you get caught in a cycle of debt it can be incredibly difficult to break out of that.

So what is the solution?  Well, the easy answer would be that we need the U.S. economy to start producing more good paying jobs, but that is easier said than done.  Our big corporations continue to ship huge numbers of good paying manufacturing jobs out of the country, and millions of Americans have been forced to scramble to find whatever work is available.  Today, there are so many very talented American workers that are trapped in low wage work.  According to the Working Poor Families Project, “about one-fourth of adults in low-income working families were employed in just eight occupations, as cashiers, cooks, health aids, janitors, maids, retail salespersons, waiters and waitresses, or drivers.”  A lot of those people could do so much more for society, but they don’t have the opportunity.

Sadly, the percentage of low paying jobs in our economy continues to increase with each passing year, so this is a problem that is only going to get worse.  So don’t look down on the working poor.  The good paying job that you have right now could disappear at any time and you could end up joining their ranks very soon.

#21 According to the Economic Policy Institute, the wealthiest one percent of all Americans households on average have 288 times the amount of wealth that the average middle class American family does.

#23 According to Forbes, the 400 wealthiest Americans have more wealth than the bottom 150 million Americans combined.

#24 The six heirs of Wal-Mart founder Sam Walton have a net worth that is roughly equal to the bottom 30 percent of all Americans combined.

#26 The average CEO now makes approximately 350 times as much as the average American worker makes.

#29 The number of families in the United States living on 2 dollars a day or less more than doubled between 1996 and 2011.

#30 The number of Americans on food stamps has grown from 17 million in the year 2000 to more than 47 million today.

#32 More than one out of every four children in the United States is enrolled in the food stamp program.

#33 Incredibly, a higher percentage of children is living in poverty in America today than was the case back in 1975.

#34 If you can believe it, the federal government hands out money to 128 million Americans every single month.

#35 Federal spending on welfare has reached nearly a trillion dollars a year, and it is being projected that it will increase by another 80 percent over the next decade. 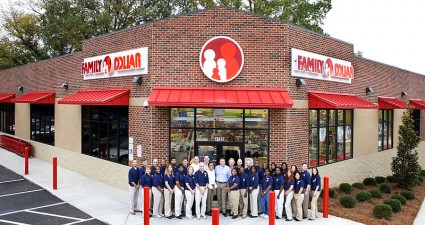