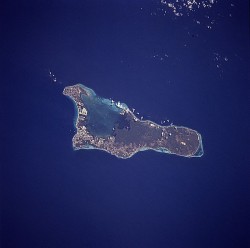 You and I live in a totally different world than the ultra-rich and the international banking elite do.  Many of them live in a world where they simply do not pay income taxes.  Today, it is estimated that a third of all the wealth in the world is held in offshore banks.  So why is so much of the wealth of the globe located in places such as Monaco, the Cayman Islands, Bermuda, the Bahamas, and the Isle of Man?  It isn’t because those are fun places to visit.  It is to avoid taxes.  The super wealthy and the international banking elite think that it is really funny that our paychecks are constantly being drained by federal taxes, state taxes and Social Security taxes while they literally pay nothing at all.  These incredibly rich elitists make a ton of money doing business in wealthy western nations and then they transfer virtually all of their profits offshore where they don’t have to contribute any of it in taxes.  It works out really great for them, but it sucks for the rest of us.

A recent article in the Guardian stated that a third of all the wealth on the entire globe is held in offshore banks and that the vast majority of international banking transactions take place in these tax havens….

On a conservative estimate, a third of the world’s wealth is held offshore, with 80% of international banking transactions taking place there. More than half the capital in the world’s stock exchanges is “parked” offshore at some point.

All of the biggest banks in the world are involved in playing this game.  All of them have big branches in these various tax havens.  All of them work very hard to ensure that the tax burdens on their ultra-rich clients are as light as possible.

Nobody knows for sure how much money big governments around the globe are missing out on from all this tax avoidance, but everyone agrees the number is huge.  It is at least in the hundreds of billions of dollars every single year.

No, most Americans just go to work every week and have their hard earned paychecks raped by an oppressive taxation system.

To the ultra-wealthy and the international banking system we are all just a bunch of suckers.  In fact, a big portion of our taxes ends up going into their pockets to pay the interest on all of the government debt that they are holding.

Examples of this include The Rockefeller Foundation and The Ford Foundation.  George Soros also loves to use entities like these to push his various agendas.

The wealthy know how to play the game.  For most of the rest of us, the game kicks our behinds.

So for those who are constantly screaming “tax the rich”, the cold, hard truth of the matter is that those who are truly ultra-rich know how to escape just about any oppressive tax regime you may set up.  They are light years ahead of the rest of us in knowing how to play the game.

What are you going to do?

Kick them out of the country?

Yeah, they will be really sad to spend even more time down in Bermuda or in the Cayman Islands.

Are you going to kick out any company that has any stock holders that have offshore bank accounts?

Well, you would have to kick out virtually every single major corporation in the United States.

This is just another example of how deeply flawed our system of income taxation really is.

Do you want to become a master of the tax code?

You might want to set aside some time for reading.

A lot of time.

The income tax code and its associated regulations contain well over 7 million words and are more than seven times longer than the Bible.

The IRS employs more than 90,000 people and it costs more than 11 billion dollars a year to operate.

Talk about a colossal waste of resources.

Meanwhile, the ultra-rich are just parking all of their money in Bermuda and the Caymans and are laughing at all the rest of us.

It would be hard to understate just how much influence and power all of this offshore money has.  The ultra-wealthy and the elite international bankers own many of our largest corporations, they exert influence over central banks, they control big media outlets and they “contribute money” (bribes) to political campaigns.

The elite are always two steps ahead of any new laws that get passed.  They are masters at moving money around.  They will quickly find a half dozen ways around any new law that you could possibly dream up.

Most of us never even get to meet any of these incredibly wealthy individuals.  They don’t attend the local church or go shopping down at the local shopping mall.

No, the global elite generally live in very exclusive gated estates or hang out at the most expensive private resorts.  They don’t spend a lot of time mixing with the rabble.

It turns out that life is pretty good when you have a ton of money coming in and you pay next to nothing in taxes.

So the next time you get your paycheck and you see that a half a dozen things have been taken out of it, take a few moments to think of the global elite that don’t pay any taxes at all and see how that makes you feel.

Hopefully when enough Americans get mad enough and start demanding change, the current income tax system will be scrapped for good and something much more equitable will be put in place instead.