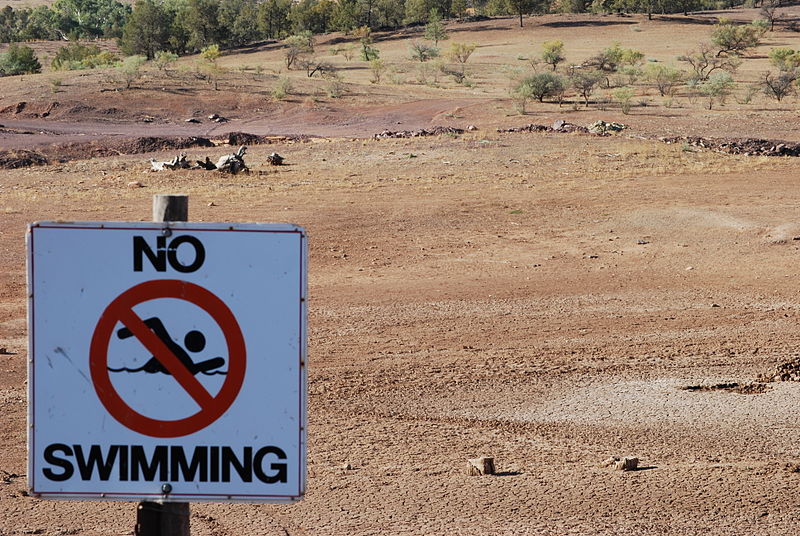 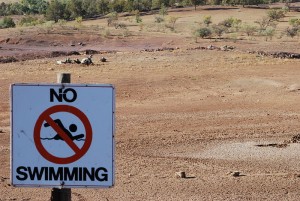 The drought in California is getting a lot worse.  As you read this, snowpack levels in the Sierra Nevada mountains are the lowest that have ever been recorded.  That means that there won’t be much water for California farmers and California cities once again this year.  To make up the difference in recent years, water has been pumped out of the ground like crazy.  In fact, California has been losing more than 12 million acre-feet of groundwater a year since 2011, and wells all over the state are going dry.  Once the groundwater is all gone, what are people going to do?  100 years ago, the population of the state of California was 3 million, and during the 20th century we built lots of beautiful new cities in an area that was previously a desert.  Scientists tell us that the 20th century was the wettest century in 1000 years for that area of the country, but now weather patterns are reverting back to normal.  Today, the state of California is turning back into a desert but it now has a population of 38 million people.  This is not sustainable in the long-term.  So when the water runs out, where are they going to go?

I have written quite a few articles about the horrific drought in California, but conditions just continue to get even worse.  According to NPR, snowpack levels in the Sierra Nevada mountains are “just 6 percent of the long-term average”…

The water outlook in drought-racked California just got a lot worse: Snowpack levels across the entire Sierra Nevada are now the lowest in recorded history — just 6 percent of the long-term average. That shatters the previous low record on this date of 25 percent, set in 1977 and again last year.

California farmers rely on that water.  Last year, farmers had to let hundreds of thousands of acres lie fallow because of the scarcity of water, and it is being projected that this year will be even worse…

More than 400,000 acres of farmland were fallowed last year because of scarce water. Credible sources have estimated that figure could double this year.

Fortunately, many farmers have been able to rely on groundwater in recent years, but now wells are running dry all over the state.  Here is more from NPR…

Last year was already a tough year at La Jolla Farming in Delano, Calif. Or as farm manager Jerry Schlitz puts it, “Last year was damn near a disaster.”

La Jolla is a vineyard, a thousand-or-so acres of neat lines of grapevines in the southern end of the San Joaquin Valley. It depends on water from two sources: the federal Central Valley Project and wells.

Until last year, Schlitz says, wells were used to supplement the federal water.

“Now, we have nothing but wells. Nothing. There’s no water other than what’s coming out of the ground,” he says.

Last year, one of those wells at La Jolla dried up. The farm lost 160 acres — about a million dollars’ worth of produce, plus the wasted labor and other resources.

Are you starting to understand the scope of the problem?

Despite all of the wonderful technology that we have developed, we are still at the mercy of the weather.

And if this drought continues to drag on, it is absolutely going to cripple a state that contains more than 10 percent of the total U.S. population.

In an attempt to fight the water shortage, Governor Jerry Brown has instituted statewide water restrictions for the first time ever…

California announced sweeping statewide water restrictions for the first time in history Wednesday in order to combat the region’s devastating drought, the worst since records began.

Governor Jerry Brown issued the declaration at a press conference in a parched, brown slope of the Sierra Nevada mountains that would normally be covered by deep snow.

“Today, we are standing on dry grass where there should be five feet (1.5 meters) of snow,” Brown said. “This historic drought demands unprecedented action.”

So what will these restrictions include?

The following is a summary from Natural News…

• A ban on non-drip irrigation systems for all new homes.

• A requirement for golf courses and cemeteries to “reduce water consumption.” (And yet, the very idea of green golf courses in the middle of a California desert is insane to begin with…)

• Force farmers to report more details on their water usage so that the state government can figure out where all the water is going (and where to restrict it even further).

• Outlawing the watering of grass on public street medians.

• Discussions are also under way to throw “water wasters” in jail for up to 30 days, according to another LA Times article. The most likely source of intel for incarcerating water wasters will be neighborhood snitches who monitor water usage of nearby homes and call the authorities if they see too much water being used.

If the drought does not go on for much longer, these restrictions may be enough.

But what if it continues to intensify?

The following graphic shows the U.S. Drought Monitor map for the state of California for each of the last five years in late March…

It doesn’t take a genius to see the trend.

And scientists tell us that this might just be the beginning.  There have been megadroughts in that area of the country that have lasted more than 100 years in the past, and there are fears that another megadrought may have begun.  The following comes from National Geographic…

As a paleoclimatologist, Ingram takes the long view, examining tree rings and microorganisms in ocean sediment to identify temperatures and dry periods of the past millennium. Her work suggests that droughts are nothing new to California.

“During the medieval period, there was over a century of drought in the Southwest and California. The past repeats itself,” says Ingram, who is co-author of The West Without Water: What Past Floods, Droughts, and Other Climate Clues Tell Us About Tomorrow. Indeed, Ingram believes the 20th century may have been a wet anomaly.

If this is a megadrought, it is just a matter of time until massive migration will become necessary.

In fact, one UN official is already talking about it…

If the state continues on this path, there may have to be thoughts about moving people out, said Lynn Wilson, academic chair at Kaplan University and who serves on the climate change delegation in the United Nations.

“Civilizations in the past have had to migrate out of areas of drought,” Wilson said. “We may have to migrate people out of California.”

Wilson added that before that would happen, every option such as importing water to the state would likely occur— but “migration can’t be taken off the table.”

So how many people will ultimately have to leave if this drought continues for many years?

And where will they go?