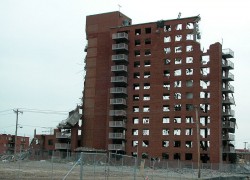 Most Americans have no idea what an “economic war” is, and even fewer realize that economic warfare is being waged against the United States right now.  For generations, it has been drummed into our heads that “free trade” is always a good thing and that truly free trade will always benefit both sides in the long run.  None of our universities teach that trade can actually also be used as a brutally effective weapon of warfare and that economic warfare can bring down entire societies.  Nowhere in the mainstream media will you even get a hint that other nations are purposely trying to damage the U.S. economy for their own benefit.  But in a world where a “shooting war” with the United States is virtually unthinkable, those that wish to damage the U.S. must resort to other means to accomplish their goals.

In fact, there are quite a few nations out there that would actively like to do us harm.

So if they can’t shoot at us, then how can they harm us?

Well, they can try to destroy us financially and economically.

Today, major exporting nations around the globe are draining the United States of wealth, they are stealing our industries and they are feeding our national debt addiction.

For some of these nations, they may not actively want to destroy our economy, but they sure do want to steal what we have got.  They are more than happy to keep trading with us as long as they keep getting wealthier and their national economic infrastructure continues to get built up.  The fact that their economies are getting stronger at the expense of the U.S. economy is not really a huge concern for nations in this category.

However, there are also quite a few nations that do actively wish to do harm to the United States.  If trading with the United States will cause the U.S. to become poorer and to go into more debt, then that is a tool that they can use to reduce the power and influence of the Americans in the world.

Is this something that really happens?  Yes.  Do yourself a favor some time and read some economic articles and research papers from the other side of the world.  In some of these countries they are not afraid to openly talk about economic war.

So what are some of the goals of economic warfare?

Well, when it comes to the United States, the goal is to induce big corporations (or even entire industries) to leave the U.S. and set up shop somewhere else.  The idea is that the economic infrastructure of the United States will decline while the economic infrastructure of the “attacking nation” will be built up.  The jobs and wealth creation that once were a benefit to America will now benefit someone else.

Another goal is to transfer wealth from the target country (the United States) to the attacking country.  Each month the United States buys tens of billions of dollars more stuff from the rest of the world than they buy from us.  Each month we send them big chunks of our national wealth and they send us oil and cheap plastic trinkets which we greedily consume.  As this continues month after month after month, the rest of the world is getting richer while the United States is becoming poorer.

In a desperate attempt to maintain our standard of living, our federal government, our state governments and even our local governments are going into insane amounts of debt.  Debt is another tool of economic warfare.  As we continue to borrow trillions of dollars from the rest of the world, the ability of the United States to exert power and control over those nations diminishes.

The eventual goal of waging economic warfare against the United States is to make us so impoverished and so far in debt that our entire financial system crashes.  If the U.S. experiences a “financial armageddon”, it will greatly reduce America’s place in the world.  It could ultimately lead to the collapse of the U.S. government.  Other nations (or organizations) that wish to have more power would then be able to fill the void that would be created.

So what are the tools of economic warfare?

One is currency manipulation.  By keeping national currencies at an artificially low level, major exporting nations make their own exports much more attractive, thus stimulating job growth and wealth creation in their own nations.

Another tool of economic war is government subsidization of industries.  Virtually all governments do this to some degree these days, but some take it much farther than others.

For example, there are some governments in Asia that will openly pump huge piles of government money into industries that are considered to be of “national interest”.  There is simply no way that western industries can compete on an equal footing against that kind of unfair advantage.

In the United States, companies face one of the highest overall tax rates in the world, they face mountains of ridiculous regulations and they have to provide health care and retirement benefits for their employees.  But in other areas of the world the government takes care of health care for everyone, regulations are much less strict and corporate tax rates are much lower.

Is it any wonder why so many U.S. companies are having such a hard time today?

Another weapon of economic warfare is technology theft.

U.S. companies spend billions upon billions of dollars developing new technology that gets “stolen” one way or another by many foreign governments.

For example, there is one major Asian nation that offers huge tax incentives and kickbacks to big companies to get them to come over and set up shop there.  But these companies are also required to train and hire local workers and they must agree to certain “technology disclosures”.

This is happening over and over and over.  Companies are shutting down operations in the United States and are opening up facilities in other nations where the labor is much cheaper, where regulations are not nearly as suffocating and where taxes are much lower.  However, once these other nations learn the technology and are able to set up “domestic competitors”, the original companies are learning that maybe it wasn’t such a sweet deal they were being offered after all.

Meanwhile, our national wealth is being drained from our bank accounts.  Back in 1985, the U.S. trade deficit with one particular Asian nation was just 6 million dollars for the entire year.  But for this past August alone, the trade deficit with that same nation was over 28 billion (that’s billion with a “b”) dollars.

So how are we maintaining our high standard of living if we are shipping all of our wealth overseas?

Well, what we are doing is going back to all those nations where we have sent our wealth and we are begging them to loan it back to us.

Meanwhile, our national economic infrastructure is being absolutely ripped to shreds….

*Manufacturing employment in the U.S. computer industry was actually lower in 2010 than it was in 1975.

The sad truth is that the U.S. is being dominated even in very high-tech industries.  The major exporting nations are becoming rich by creating wealth and we are becoming poor by voraciously consuming wealth.

Unfortunately, some of the major exporting nations that we have a massively imbalanced trade relationship with are doing this to us on purpose.  They see our weakness and the are taking advantage of it.  They believe that it is in their own national interests to make the United States weaker.

Sadly, a very significant percentage of those that will read this article will not believe it.  Most Americans have been so brainwashed when it comes to trade that they could never even conceive that it could possibly be used as a weapon of economic war.

But the truth is that there are even many prominent Americans that openly talk of weakening the U.S. economy and of reducing the standard of living of the U.S. middle class so that we can be more easily merged into the emerging global economic system.

It is time to wake up.  The United States is under economic attack.

Perhaps when the entire U.S. financial system collapses the American people will finally begin to understand.  The truth is that the greatest threats to our national security are not some impoverished goat herders hiding out in caves in Afghanistan.  Rather, the cold, hard reality of the situation is that our national economic infrastructure is being ripped apart and stolen right in front of our eyes and we have become so dumbed-down that we don’t even understand what is happening.

If you want to see “the future of America”, just tour some of the formerly great industrial centers of the upper Midwest some time.  Ask yourself why “the greatest economy on earth” has so many abandoned factories and boarded-up homes.  There are many decaying communities across America right now that are so depressing that the moment you enter them you get the sense that all of the hope has been sucked right out of them.

The U.S. economy is under attack and it is dying.  We are being looted and pillaged from coast to coast.  This is really happening.

So what do you think about all of this?  Please feel free to leave a comment with your opinion below….