The U.S. economy is being slowly but surely destroyed and many Americans have no idea that it is happening.  That is at least partially due to the fact that most financial news is entirely focused on the short-term.  Whenever a key economic statistic goes up the financial markets surge and analysts rejoice.  Whenever a key economic statistic goes down the financial markets decline and analysts speak of the potential for a “double-dip” recession.  You could literally get whiplash as you watch the financial ping pong ball bounce back and forth between good news and bad news.  But focusing on short-term statistics is not the correct way to analyze the U.S. economy.  It is the long-term trends that reveal the truth.  The reality is that there are certain underlying foundational problems that are destroying the U.S. economy a little bit more every single day. (Read More...)

Back in 1983, approximately 50 corporations controlled the vast majority of all news media in the United States.  Today, ownership of the news media has been concentrated in the hands of just six incredibly powerful media corporations.  These corporate behemoths control most of what we watch, hear and read every single day.  They own television networks, cable channels, movie studios, newspapers, magazines, publishing houses, music labels and even many of our favorite websites. Sadly, most Americans don’t even stop to think about who is feeding them the endless hours of news and entertainment that they constantly ingest.  Most Americans don’t really seem to care about who owns the media.  But they should.  The truth is that each of us is deeply influenced by the messages that are constantly being pounded into our heads by the mainstream media.  The average American watches 153 hours of television a month.  In fact, most Americans begin to feel physically uncomfortable if they go too long without watching or listening to something.  Sadly, most Americans have become absolutely addicted to news and entertainment and the ownership of all that news and entertainment that we crave is being concentrated in fewer and fewer hands each year.       (Read More...) 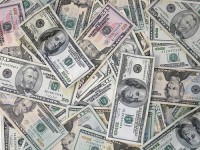 Are you ready for rampant inflation?  Well, unfortunately it looks like it might be headed our way.  The U.S. monetary base has absolutely exploded over the last couple of years, and all that money is starting to filter through into the hands of consumers.  Commodity prices are absolutely skyrocketing, and it is inevitable that those price increases will show up in our stores at some point soon.  The U.S. dollar has already been slipping substantially, and now there is every indication that the Fed is hungry to start printing even more money.  All of these things are going to cause a rise in inflation.  Not that we aren’t already seeing inflation in many sectors of the economy.  Airline fares for the holiday season are up 20 to 30 percent above last year’s rates.  Double-digit increases in health insurance premiums are being reported from coast to coast.  The price of food has been quietly sneaking up even at places like Wal-Mart.   Meanwhile the U.S. government insists that the rate of inflation is close to zero.  Anyone who actually believes the government inflation numbers is living in a fantasy world.  The U.S. government has been openly manipulating official inflation numbers for several decades now.  But we really haven’t seen anything yet.  As increasingly larger amounts of paper money are dumped into the economy, we are eventually going to see the worst inflation in American history.  The only real question is how far down the road are we going to get before it happens.   (Read More...)

How in the world can anyone claim that things are getting better?  Sometimes the numbers are so clear that they simply cannot be denied.  According to the U.S. Census Bureau, median household income in the United States fell from $51,726 in 2008 to $50,221 in 2009.  That was the second yearly decline in median household income in a row.  In other words, America is getting poorer.  Just let that statistic above sink in for a little bit.  In 2009, American families had roughly $1,500 less coming in than the year before.  Not that the cost of living has gone down either.  Have you been to the supermarket lately?  Things are getting ridiculous out there.  In fact, middle class American families are being squeezed as never before.  More mothers and fathers are scrambling to find second and third jobs just to pay the mortgage and to keep the lights on and to put food on the table.  This is not a time of prosperity in America.  We are in a state of serious decline and it is time to wake up and admit it. (Read More...)

What in the world is going on over at the Federal Reserve?    Has it gotten to the point where the Federal Reserve is completely and totally out of control?  There is increasing speculation in the financial community that the Federal Reserve is on the verge of unleashing another round of quantitative easing.  In fact, at their September meeting, Federal Reserve officials hinted very strongly that quantitative easing is very much on their minds when they stated that the Federal Open Market Committee “is prepared to provide additional accommodation if needed to support the economic recovery and to return inflation, over time, to levels consistent with its mandate.”  You might want to reread that quote a couple of times just to let it sink in.  Do you see what the Fed is saying there?  The Fed is actually saying that it has a mandate to maintain a certain level of inflation.  Not that this is a secret to anyone that has seriously studied the Federal Reserve.  Since 1913, inflation has constantly gone up, U.S. government debt has increased exponentially and the U.S. dollar has lost over 96 percent of its value.  But for Federal Reserve officials to openly state that a certain amount of inflation is part of their mandate is absolutely stunning. (Read More...)

In 2010, any nation that has a weak currency has a very significant competitive advantage in global trade.  A weak currency means that the products and services produced by that nation will be less expensive for other nations.  Therefore other nations will buy more of those products and services.  When exports go up, employment goes up and more wealth flows into the country.  Alternatively, when the value of a national currency declines, exports do down, unemployment increases and less wealth flows into the country.  Therefore, dozens of exporting nations around the globe have become increasingly determined to keep their national currencies very weak in an attempt to maintain a competitive advantage in the global marketplace.  Essentially what we have is a race to the bottom among global currencies.  Whenever any nation wants to gain a little bit more of an edge in global trade they push the value of their currency down just a little bit more.  So who is the winner in all of this?  Well, that is easy.  Gold, silver and other precious metals will continue to be the winners as fiat currencies all over the globe continue to decline in value.  (Read More...) 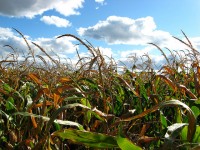 As you read this, there is a bill before the U.S. Senate that has the potential to change the U.S. food industry more than any other law ever passed by the U.S. Congress. In the name of “food safety”, the U.S. government would be given an iron grip over the production, transportation and sale of all food in the United States. Hordes of small food producers and organic farmers could potentially be put out of business.  If this bill becomes law, the freedom to grow what you want, eat what you want and to share food from your gardens with your neighbors could be greatly curtailed.  It would give the FDA unprecedented discretion to regulate U.S. food production.  A version of this bill was already passed by the U.S. House of Representatives last summer, and now S. 510, also know as the FDA Food Safety Modernization Act, is in front of the U.S. Senate and it is expected to pass easily. (Read More...)