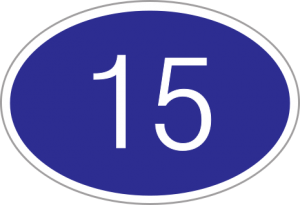 How can the mainstream media claim that the U.S. economy is “improving” when it is painfully obvious to anyone with a brain that the middle class is being absolutely eviscerated?  According to numbers that were just released, the number of Americans on food stamps rose by more than 600,000 in a single month to an all-time record high of 47.7 million.  Youth unemployment in the U.S. is at a post-World War II high and large companies have announced the elimination of more than 100,000 jobs since Barack Obama won the election.  Consumer debt just hit a new record high and the federal government is accumulating debt at a much faster pace than it was at this time last year.  So where is the evidence that the economy is getting better?  The mainstream media says that the decline of the unemployment rate to “7.7 percent” is evidence that things are improving, but I showed how fraudulent that number is yesterday.  The percentage of working age Americans with a job today is exactly where it was back in September 2009 in the midst of the last major economic crisis.  The mainstream media is desperate for any shred of evidence that it can use to make people feel good and show that the Obama administration has our economy on the right track, and so they jump on any number that even looks remotely promising and they ignore mountains of evidence to the contrary.  They don’t seem to care that poverty is absolutely exploding and that the number of Americans on food stamps has risen by nearly 50 percent while Obama has been in the White House.  They don’t seem to care that the U.S. share of global GDP has fallen from 31.8 percent in 2001 to 21.6 percent in 2011.  They don’t seem to care that more good paying jobs are being shipped overseas with each passing day.  They don’t seem to care that formerly great U.S. cities that were once the envy of the entire globe are now crime-infested hellholes.  All they seem to care about is putting out news that makes people feel warm and fuzzy and making sure that Obama looks good.  Unfortunately, the truth is that the U.S. economy is steadily getting worse, and 2013 is not looking very promising at all right now.  Hopefully at some point the mainstream media will take a break from coverage of the royal pregnancy and the latest celebrity scandals to report on the real problems that we are facing right now.

#2 Youth unemployment in the United States is now at the highest level that we have seen since World War II.

#3 According to Gallup, unemployment in the United States shot up very sharply during the month of November.

#5 According to the Wall Street Journal, of the 40 biggest publicly traded corporate spenders, half of them plan to reduce capital expenditures over the coming months.

#6 Small business owners all over America are declaring that Obamacare is going to force them to start replacing full-time workers with part-time workers during 2013.

#7 One recent survey discovered that 40 percent of all Americans have $500 or less in savings.

#8 A different recent survey found that 28 percent of all Americans do not have a single penny saved for emergencies.

#9 62 percent of middle class Americans say that they have had to reduce household spending over the past year.

#10 Many Americans are trying to make ends meet for their families by going into more debt.  Consumer borrowing hit another brand new record high in October.  It looks like the American people have not learned from their past mistakes and have decided to roll up consumer debt at a faster pace than ever before.

#12 Wall Street bankers are expecting “the worst bonus season” since 2008.  Not a lot of people are going to shed tears over this one, but this is a sign that there is trouble in the financial world.

#13 Food banks all over America are reporting that more needy families than ever before are showing up to get food.

#14 As I wrote about yesterday, the federal government has run a deficit of $292 billion dollars during the first two months of fiscal 2013.  That figure is $57 billion higher than it was during the same period last year.  Government debt continues to soar wildly out of control and at some point all of that debt is absolutely going to crush us.

#15 I have written previously about how the once great city of Detroit has become a symbol of the downfall of the U.S. economy.  Well, now the state of Michigan is laying the groundwork for a “managed bankruptcy” of Detroit.  Sadly, many other large U.S. cities will likely follow suit over the next couple of years.

A similar thing is happening over in Europe.  Greece is on the cutting edge of Europe’s economic decline, and people over there are becoming very desperate.  The following is an excerpt from a Financial Post article about how the Greek middle class is turning to crime as the depression in that nation gets even worse…

In the once stable neighborhood of Kordelio, the unemployed and drug users gather in the parks, scaring away mothers and children, and crimes like chain snatching are on the rise. Many long-time residents have left, moving abroad or to their families’ villages, leaving behind empty houses, said Evangelia Rombou, 58, who has lived in Kordelio for 22 years.

But it is not just Greece that is grappling with these kinds of issues.  Now even countries that had been thought to be “stable” are experiencing significant problems.  For example, a massive crime wave has broken out in France.  The crime wave in France is being blamed on “austerity”, but the government of France still spends far more than it brings in.

So how bad would things get in France if the French government actually did go to a balanced budget?

And how bad would things get in the United States if the federal government was not stealing more than 100 million dollars an hour from our children and our grandchildren?

Even in the midst of our debt-fueled prosperity we are starting to see glimpses of how desperate people will become when our country is someday forced to live within its means.  For example, the following is from a report about an incident that happened in Columbus, Ohio the other day…

Columbus Police sprayed Mace on several people in a crowd that had gathered to sign up for a list to get subsidized housing at a northwest Columbus apartment complex.

Police said the crowd started to gather Friday night for the Saturday morning event at The Heritage apartment complex on Gatewood Road near Sunbury Road in northeast Columbus.

Authorities said that its highest number, the crowd reached 2,000 people.

Our entire economy is a giant mirage.  Our prosperity has been purchased by stealing from the future.  A few people have been warning that we have completely destroyed our future in the process, but both major political parties just continue to do it and the mainstream media just continues to cheer them on.

At some point this con game will end and this economic mirage will disappear.  When that happens, millions of people all over this country are going to become very angry and very desperate.

I hope that you have a plan for what you will do when that happens. 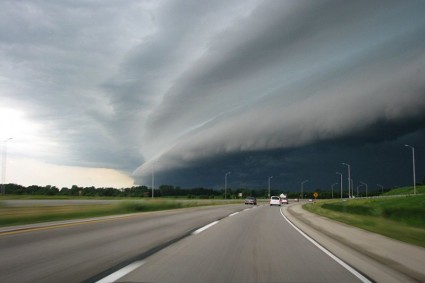