If we can’t even cut federal spending by 2.4 percent without much of the country throwing an absolute hissy fit, then what hope does America have?  All of this whining and crying about the sequester is absolutely disgraceful.  The truth is that even if the sequester goes into effect, the U.S. government will still take in more money than ever before in 2013 and it will still spend more money than ever before in 2013.  So it is a bit disingenuous to call what is about to happen “a spending cut”, but for the sake of argument let’s concede that point.  Even if the budget really was being “cut” by 85 billion dollars, that only would only amount to a “cut” of 2.4 percent to federal spending.  It would barely make a dent in the federal budget deficit for 2013.  The U.S. government would still accumulate about as much new debt in fiscal year 2013 as it did in all the years from the inauguration of George Washington to the inauguration of Ronald Reagan combined.  Our debt to GDP ratio would continue to soar.  The sequester cuts would essentially only be a minor bump on the road to financial oblivion.  But if you listen to Barack Obama and his allies, they would have you believe that we are facing a great national crisis because of these impending cuts.  They would have you believe that hundreds of thousands of people will lose their jobs and that many government agencies will no longer be able to operate effectively.  They would have you believe that “granny won’t get her lunch” and “roofs blown off by Hurricane Sandy won’t get repaired”.  Well, if all of that is true, then what in the world would our country look like if we actually cut a trillion dollars from the federal budget this year and started living within our means?

Have you ever known people that are already hundreds of thousands of dollars in debt and yet go out and regularly blow thousands more dollars on wild shopping sprees?

Such debt addicts may be very proud of their new homes, their new cars, their new clothes and all of their fancy electronic gadgets, but it was all purchased with debt.  When a “day of reckoning” finally arrives, many debt addicts lose absolutely everything and end up in the street.

Our politicians like to show off all of the stuff that our government is spending money on, but the truth is that we are spending gigantic mountains of money that we simply do not have.  We are literally stealing from our kids and our grandkids so that we can continue to enjoy a massively inflated standard of living that we have not earned.

But we can’t stop ourselves.  Americans are absolutely addicted to big government.  They want a gigantic government that sends out free money to more than 100 million Americans every month, but they absolutely do not want to pay for it.  They would rather steal money from their children and their grandchildren to pay for it.

This has got to stop, because we are literally destroying the future of this country.

If Americans really want a massively bloated government that takes care of everyone from the cradle to the grave then they should pay for it.

If Americans don’t want to pay for it, then they should reduce the size of the government to a level where they are willing to pay for it.

But stealing money from future generations of Americans to pay our bills is absolutely disgraceful.

As I talked about in a previous article, we are stealing more than 100 million dollars from our children and our grandchildren every single hour of every single day.

Is there anyone out there that is willing to stand up and defend that kind of theft?

But the vast majority of Americans don’t want to do anything to stop it, because they don’t want to harm “the economy” (i.e. our ridiculously bloated standard of living).

Will the sequester cuts hurt the economy a bit?

If we raised taxes to help pay the bills that the federal government has been racking up, would that hurt the economy?

But if we continue on the path that we are today, America is doomed.

The U.S. national debt is the biggest single debt in the history of the world.  It is now more than 16.6 trillion dollars, and it has gotten more than 23 times larger since Jimmy Carter first entered the White House.

If our politicians suddenly decided to go to a balanced budget today, our debt-fueled “bubble economy” would disappear and we would immediately plunge into a deep economic depression.

Do the American people have the character to be able to handle that kind of an “adjustment” to our standard of living?

That is why so many of our politicians are scared to death of doing anything about the debt.

And even these small sequester “cuts” are freaking everyone out.  Many of our politicians and many in the mainstream media are openly declaring that “the sky is falling”.  Just check out the following short excerpt from a recent New York Times article…

The owner of a Missouri smokehouse that makes beef jerky is worried about a slowdown in food safety inspections. A Montana school district is drawing up a list of teachers who could face layoffs. Officials at an Arizona border station fear that lines to cross the border could lengthen. And if Olympic National Park in Washington cannot hire enough workers to plow backcountry trails, they may stay closed until the snow melts in July.

But that is nothing compared to what others are saying.  CNN is declaring that if the sequester cuts happen, “granny won’t get her lunch” and “roofs blown off by Hurricane Sandy won’t get repaired”.

“Emergency responders like the ones who are here today — their ability to help communities respond to and recover from disasters will be degraded.  Border Patrol agents will see their hours reduced.  FBI agents will be furloughed.  Federal prosecutors will have to close cases and let criminals go.  Air traffic controllers and airport security will see cutbacks, which means more delays at airports across the country.  Thousands of teachers and educators will be laid off.  Tens of thousands of parents will have to scramble to find childcare for their kids.  Hundreds of thousands of Americans will lose access to primary care and preventive care like flu vaccinations and cancer screenings.”

Immigration and Customs Enforcement officials have released “several hundred” immigrants from deportation centers across the country, saying the move is an effort to cut costs ahead of budget cuts due to hit later this week.

Announcing the news Tuesday, ICE officials said that the immigrants were released under supervision and continue to face deportation. After reviewing hundreds of cases, those released were considered low-risk and “noncriminal,” officials said.

The claims about the sequester cuts just seem to get more ridiculous with each passing day.  Homeland Security Secretary Janet Napolitano is warning that the cuts will make the U.S. more vulnerable to terrorist attacks,  and Obama recently decided not to send an aircraft carrier to the Persian Gulf because of “budget concerns“.

Apparently he sees no problem with using the U.S. military to score political points.

And Federal Reserve Chairman Ben Bernanke says that the budget cuts will result in “less actual deficit reduction in the short run”.

How stupid do they think we all are?

Yes, the sequester cuts will have an impact on the economy, but they won’t cause the sky to fall.

The Congressional Budget Office estimates the cuts will cost 750,000 jobs and hit growth by 0.6 percentage points, assuming the cuts remain in effect for the remainder of the fiscal year. Some economists expect a slightly bigger impact.

In fact, according to U.S. Representative Lynn Jenkins, the U.S. government will actually be spending more money in 2013 than it did in 2012 even if the sequester cuts go into effect…

So why is everyone whining and crying over such a very small amount of money?

For example, according to a Government Accountability Office report that was just released, Obamacare is going to cause the federal debt to rise by $6.2 trillion.

Why aren’t more people getting upset over that?

Sadly, it is because America is a debt addict.  Most Americans don’t really care much when federal spending skyrockets out of control, but if anyone tries to slow down the spending a little bit they throw hissy fits.

On March 27th, they will have another opportunity to do something.  That is when the current continuing resolution expires.

At that time, the Republicans could refuse to pass anything but a balanced budget.

Or they could at least refuse to pass anything except a budget that would cut the federal budget deficit in half.

But they won’t do anything once again.  They will cave in and go along with the status quo because they are cowards.

So we will continue to rip off future generations to fuel our current bloated standard of living.

Thomas Jefferson understood that government borrowing is theft from future generations.  He once made the following statement….

Shame on you Democrats.

Shame on you Republicans.

You are destroying the future of America for your own selfish reasons.

If future generations get the chance, they will look back on what you did to them and they will curse you for it.

Not that living within our means would be easy.

Like I said, it would mean a deep economic depression, and it would also likely mean a tremendous amount of societal chaos.

Even now, while we are still living in the boom times, things are really starting to get crazy out there.  Just check out what is going on in Oakland…

Oakland’s crime problems have gotten so bad that some people aren’t even bothering to call the cops anymore; instead, they’re trying to solve and prevent crimes themselves.

KPIX 5 cameras caught up with a half dozen neighbors in East Oakland’s Arcadia Park neighborhood Monday as they walked the streets on the lookout for crime. The vigilance has never seemed more necessary than now; 25 homes in the neighborhood have been burglarized over the last two months alone.

In a neighborhood that has started to feel like the wild west, people have even started posting “wanted” signs.

“You have to walk around in your house with a gun to feel safe here,” said Alaska Tarvins of the Arcadia Park Board of Directors.

If this is how bad things are now, how bad will they be when a day of reckoning for our economy arrives?

And a day of reckoning is coming.

Our politicians can try to keep kicking the can down the road for as long as they can, but eventually time will run out.  Just take a look at what is happening in Greece and Spain.  Meanwhile, all of this can kicking is just making the eventual crisis even worse.

We can borrow our way to prosperity for a while, but in the end there is always a very bitter price to pay for doing so. 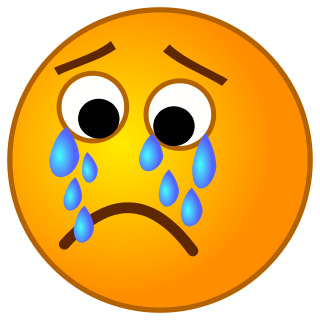