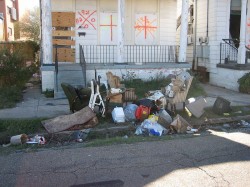 Who is the biggest loser in the ongoing decline of the U.S. economy?  Is it the wealthy?  No, the stock market has been soaring lately and their incomes are actually going up.  Is it the poor?  Well, the poor are definitely hurting very badly, but when you don’t have much to begin with you don’t have much to lose.  Unfortunately, it is the middle class that has lost the most during this economic downturn.  According to Bloomberg, 95 percent of the jobs lost during the recession were middle class jobs.  That is an absolutely astounding figure.  Yes, some executives lost their jobs during the last recession as did some minimum-wage workers.  But overwhelmingly the jobs that were lost were middle income jobs.  Sadly, the limited number of jobs that have been added since the end of the last recession have mostly been low income jobs.  A higher percentage of Americans are working low income jobs than ever before, and the cost of living continues to rise at a very brisk pace.  This is causing an erosion of the middle class unlike anything we have ever seen in American history.

When I was growing up I was taught that the fact that we had the largest middle class in the history of the world was evidence that our economic system was working incredibly well.

So what does the fact that the middle class is shrinking at a very rapid pace at this point say about how well our economy is working?

Middle Class Incomes Are Going Down

During the last recession, millions of Americans lost their jobs and the percentage of working age Americans that have jobs has not bounced back in the years since the recession ended.

But most middle class Americans still have jobs.  The big problem for many middle class families is the fact that their incomes are not going up.  In fact, after you account for inflation, middle class incomes are actually way down during the Obama years as a recent Bloomberg article explained….

As a candidate in 2008, Obama blamed the reversals largely on the policies of Bush and other Republicans. He cited census figures showing that median income for working-age households — those headed by someone younger than 65 — had dropped more than $2,000 after inflation during the first seven years of Bush’s time in office.

Yet real median household income in March was down $4,300 since Obama took office in January 2009 and down $2,900 since the June 2009 start of the economic recovery, according to an analysis of census data by Sentier Research, an economic- consulting firm in Annapolis, Maryland.

So is this the “hope and change” that Obama was talking about?

But let’s not just blame Obama and Bush.  The truth is that the trend toward lower paying jobs has been going on for a very long time.

So where will it end?

Will 50 percent or 60 percent of all Americans soon be working low income jobs?

At this point, approximately one out of every four jobs in America pays $10 an hour or less.

Could your family survive on $10 an hour?

The Rising Cost Of Living

As middle class incomes go down, the cost of almost everything that middle class families buy continues to go up.

The Federal Reserve claims that it has kept inflation “low” for decades, but that is a giant lie.

When you take a look at the long-term picture, it is amazing how much prices have changed.

And inflation continues to take a great toll on the paychecks of middle class families.

For example, electricity bills in the U.S. have risen faster than the overall rate of inflation for five years in a row.

Also, the price of gas has risen by more than 100 percent since Barack Obama entered the White House and the average U.S. household spent a staggering $4,155 on gasoline during 2011.

The Destruction Of Middle Class Wealth

What is the number one financial asset for most middle class families?

Most middle class families don’t have a lot of stocks, bonds or other financial assets.

Instead, normally the family home is the number one financial asset for most middle class families, and in recent years the value of that asset has been absolutely decimated.

When you take inflation into account, housing prices have fallen all the way back to 1998 levels.  The following is from a recent Smart Money article….

The latest S&P / Case-Shiller numbers, reported last week, show that prices in 20 major markets declined 3.5% over the year through February. They’re now back to 2002 levels. If we subtract for inflation, they’re back to 1998 levels.

Overall, home prices in the U.S. have declined for six months in a row and are now down a total of 35 percent from the peak of the housing bubble.

But falling home prices are not the only problem we are witnessing.  We are also seeing millions of middle class families lose their homes.

According to the U.S. Census, homeownership in America is now at the lowest level it has been in 15 years.

According to Gallup, the current level of homeownership in the United States is the lowest that Gallup has ever measured.

The Future Is Not Bright

Those that are graduating from college right now are supposed to be the future of the middle class in America.

But for most of those college graduates, the future is not so bright.  Last year, a staggering 53 percent of all U.S. college graduates under the age of 25 were either unemployed or underemployed.

Millions of young college graduates have been forced to take jobs that do not even require a college degree.  Just check out the following stats from a recent CNBC article….

In the last year, they were more likely to be employed as waiters, waitresses, bartenders and food-service helpers than as engineers, physicists, chemists and mathematicians combined (100,000 versus 90,000). There were more working in office-related jobs such as receptionist or payroll clerk than in all computer professional jobs (163,000 versus 100,000).

The truth is that a college education is no longer a ticket to the middle class.

What Happens To Americans That Fall Out Of The Middle Class?

As the middle class shrinks, the ranks of the “low income” and “the poor” are absolutely swelling.

Today, approximately 48 percent of all Americans are either considered to be “low income” or are living in poverty.

Each year, millions more fall out of the middle class.  In 2010, 2.6 million more Americans fell into poverty.  That was the biggest increase that we have seen since the U.S. government began keeping statistics on this back in 1959.

As the middle class shrinks, the number of Americans dependent on the government for survival rises.  Right now, government dependence is at an all-time high and things are only going to get worse from here.

Will we eventually see 50 million or 60 million Americans on food stamps?

Instead, both parties continue to promote the politics of division and they both continue to push for more of the same policies that got us into this mess in the first place.

Nothing is being done to solve our problems and so the middle class in America is going to be even smaller by this time next year.

If you still have a spot in the middle class, hold on to it as tightly as you can.  It is not as secure as you might think. 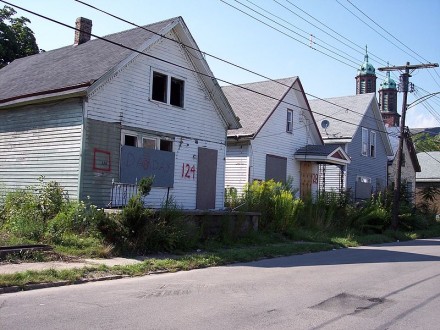