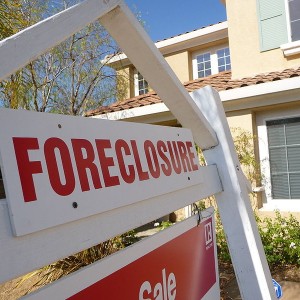 Did you know that the big banks have a way to legally steal your house from you even if you don’t owe a single penny on your mortgage?  Big banks and hedge funds are buying billions of dollars worth of tax liens from local governments all over the nation, and they are ruthlessly foreclosing on homeowners when they can’t pay the absolutely ridiculous penalties and legal fees that are tacked on to the original tax bill.  As you will see below, one 76-year-old man lost his $197,000 home that he fully owned over a $134 tax bill.  A 95-year-old woman lost her $300,000 home over a $44.79 tax bill.  This is a very, very dirty way to make money, and the predatory financial institutions that are involved in this business definitely do not want to talk about it.

Of course much of the blame should also be shouldered by the local governments that are coldly selling these tax liens to these ruthless predators.  If local governments want to collect their tax bills, they should do it themselves.  They should not be auctioning off their tax liens to cold-hearted financial institutions that are very eager to commit a legal version of highway robbery.

A few days ago, the Washington Post reported on the tragic story of a 76-year-old former Marine named Bennie Coleman.  Coleman had originally purchased his home with cash, but that didn’t stop tax lien predators from stealing his home over an unpaid $134 property tax bill…

On the day Bennie Coleman lost his house, the day armed U.S. marshals came to his door and ordered him off the property, he slumped in a folding chair across the street and watched the vestiges of his 76 years hauled to the curb.

Movers carted out his easy chair, his clothes, his television. Next came the things that were closest to his heart: his Marine Corps medals and photographs of his dead wife, Martha. The duplex in Northeast Washington that Coleman bought with cash two decades earlier was emptied and shuttered. By sundown, he had nowhere to go.

All because he didn’t pay a $134 property tax bill.

So why couldn’t he pay such a small bill?

Well, as the Post explained, these big banks and hedge funds keep tacking on interest, penalties and legal fees until the tax bills are many times the size that they originally were.  When the distressed homeowners can’t come up with thousands of dollars to pay off the debts, the big banks and the hedge funds move in for the kill…

For decades, the District placed liens on properties when homeowners failed to pay their bills, then sold those liens at public auctions to mom-and-pop investors who drew a profit by charging owners interest on top of the tax debt until the money was repaid.

But under the watch of local leaders, the program has morphed into a predatory system of debt collection for well-financed, out-of-town companies that turned $500 delinquencies into $5,000 debts — then foreclosed on homes when families couldn’t pay, a Washington Post investigation found.

In particular, hedge funds have discovered that this is a great way to make huge piles of money.  The following is a short excerpt from a CNN article that was published back in May…

With buyers identified only by numbers or unrelated names, the fragmented, unregulated industry is opaque. Even the market’s size is debated — $15 billion a year, according to Howard Liggett, the chief executive of Distressed Real Estate Consulting Services, or $5 billion a year, according to the National Tax Lien Association, a trade group. While returns are a closely kept secret, investors typically make between 2.5% and 10% a year, or in the low teens for larger buys.

“The hedge funds are chasing yield in this business” says Albert Friedman, a principal at Alterna Capital, an alternative investment firm in Boca Raton that buys tax liens.

Insiders estimate hedge funds now control 40% of the tax-lien market, from under 5% five years ago, with regional banks, obscure partnerships sporting names like God’s ATM LLC, and mom-and-pop investors making up the rest.

And a number of “too big to fail” banks are involved in this business as well.

In a previous article, I described exactly how this works…

1) The big Wall Street banks set up or invest in shell companies that will disguise who they really are.

2) These shell companies run around and buy up all of the tax liens that they can get their hands on.

3) Predatory levels of interest (in some states as high as 18 percent), fees and penalties rapidly pile up on these unpaid tax liens.  The affected homeowners quickly end up owing much, much more than what the original tax bills were for.

4) If the collecting firm has to hire a lawyer, then that gets charged to the homeowner as well.  The bloated legal fees for some of these lawyers can end up being the biggest expense of all.

5) If the tax liens do not get paid, the collecting firms move in to foreclose as quickly as legally possible.

According to the Huffington Post, Wall Street banks such as Bank of America and JPMorgan Chase have been gobbling up several hundred thousand tax liens from local governments.  It appears that “distressed housing markets” are being particularly targeted.

Many of these tax liens are sold in online auctions, so it is unclear if many local government officials even realize who the big money behind many of these shell companies is.

These big financial institutions may consider this to be “good business”, but the truth is that they are absolutely shattering lives in the process.  This is particularly true when it comes to older people that do not fully understand what is happening to them.  Just consider the following examples from a recent Washington Post article…

A 48-year-old math teacher paid his taxes in 2007, but the tax office took his $1,400 payment and applied it to the wrong house, crediting an entirely different taxpayer.

A 58-year-old bank employee almost lost her house in 2010 because the tax office mistakenly sent bills and notices to a wooded lot across from a strip shopping center in Virginia — 12 times.

A 69-year-old hat designer was given the wrong payoff amount and ended up in court to save her property, owned by her family since 1943.

Those homeowners found out about the mistakes in time to fight. Ninety-five-year-old Daisy Dolsey, living in a nursing home and struggling with Alzheimer’s, wasn’t so lucky: She lost her $300,000 house over a $44.79 tax debt even after she paid her taxes.

Doesn’t that just sicken you?

And then the big banks and the hedge funds have the gall to wonder why people dislike them so much.

In this day and age, large financial institutions have become more cold-hearted than ever before.

Always make sure that your property taxes are fully paid, and always keep a paper record of all financial transactions involving your home.

If you do slip up and make a mistake at some point, there is a very good chance that a ruthless financial institution will try to swoop in and steal your home right out from under your nose.