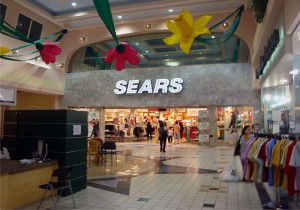 If the economy is improving, then why are many of the largest retail chains in America closing hundreds of stores?  When I was growing up, Sears, J.C. Penney, Best Buy and RadioShack were all considered to be unstoppable retail powerhouses.  But now it is being projected that all of them will close hundreds of stores before the end of 2013.  Even Wal-Mart is running into problems.  A recent internal Wal-Mart memo that was leaked to Bloomberg described February sales as a “total disaster”.  So why is this happening?  Why are major retail chains all over America collapsing?  Is the “retail apocalypse” upon us?  Well, the truth is that this is just another sign that the U.S. economy is falling apart right in front of our eyes.  Incomes are declining, taxes are going up, government dependence is at an all-time high, and according to the Bureau of Labor Statistics the percentage of the U.S. labor force that is employed has been steadily falling since 2006.  The top 10% of all income earners in the U.S. are still doing very well, but most U.S. consumers are either flat broke or are drowning in debt.  The large disposable incomes that the big retail chains have depended upon in the past simply are not there anymore.  So retail chains all over the United States are now closing up unprofitable stores.  This is especially true in low income areas.

When you step back and take a look at the bigger picture, the rapid decline of some of our largest retail chains really is stunning.

It is happening already in some areas, but soon half empty malls and boarded up storefronts will litter the landscapes of cities all over America.

Just check out some of these store closing numbers for 2013.  These numbers are from a recent Yahoo Finance article…

The RadioShack in a nearby town just closed up where I live.  This is all happening so fast that it is hard to believe.

But the truth is that those store closings are not the entire story.  When you dig deeper you find a lot more retailers that are in trouble.

For example, Blockbuster recently announced that this year they will be closing about 300 stores and eliminating about 3,000 jobs.

Toy manufacturer Hasbro recently announced that they will be reducing the size of their workforce by about 10 percent.

Even Wal-Mart is going through a tough stretch right now.  According to documents that were leaked to Bloomberg, Wal-Mart is having an absolutely disastrous February…

Wal-Mart Stores Inc. had the worst sales start to a month in seven years as payroll-tax increases hit shoppers already battling a slow economy, according to internal e-mails obtained by Bloomberg News.

“In case you haven’t seen a sales report these days, February MTD sales are a total disaster,” Jerry Murray, Wal- Mart’s vice president of finance and logistics, said in a Feb. 12 e-mail to other executives, referring to month-to-date sales. “The worst start to a month I have seen in my ~7 years with the company.”

The mainstream media continues to proclaim that we are experiencing a robust “economic recovery”, but at the same time there are a whole host of indications that things are continually getting worse.

Even global cell phone sales actually declined slightly in 2012.  That was the first time that has happened since the last recession.

Perhaps it is time that we faced the truth.  The middle class is shrinking, incomes are declining and there are not nearly as many jobs as there used to be.

The U.S. labor market, which peaked in November 2007 when there were 139,143,000 jobs, now encompasses only 132,705,000 workers, a drop of 6.4 million jobs from the peak. The only work that has increased is part-time, and that is because it allows employers to reduce costs through a diminished benefit package or none at all.

So how can the mainstream media be talking about how “good” things are if we still have 6.4 million fewer jobs than we had back in November 2007?

And sadly, things may soon be getting a lot worse.  If Congress does not do anything about the “sequester”, millions of federal workers may shortly be facing some very painful furloughs according to CNN…

Federal workers could start facing furloughs as early as April, according to federal agencies trying to prepare for the worst.

Unless Congress steps in, some $85 billion in massive spending reductions will hit the federal government, doling out furloughs to much of the nation’s 2.1 million federal workforce, experts say.

If you still live in an area of the country where the stores and the restaurants are booming, you should be very thankful because that is not the reality for most of the country.

I often write about the stunning economic decline of major cities such as Detroit, but there are huge sections of rural America that are in even worse shape than Detroit in many ways.

For example, many Indian reservations all over America have been shamefully neglected by the federal government and have become hotbeds for crime, drugs and poverty.

Business Insider recently profiled the Wind River Indian reservation in western Wyoming.  The following is a brief excerpt from that outstanding article…

The Wind River Indian Reservation is not an easy place to get to, but I had to see it for myself.

Thirty-five-hundred square miles of prairie and mountains in western Wyoming, the reservation is home to bitter ancestral enemies: the Eastern Shoshone and Northern Arapaho tribes.

Even among reservations, it’s renowned for brutal crime, widespread drug use, and legal dumping of toxic waste.

You can see some amazing photos of the Wind River Indian reservation right here.

It is hard to believe that there are places like that in America, but the truth is that conditions like that are spreading to more U.S. communities with each passing day.

We are a nation that is in an advanced state of decline.  But as long as the financial markets are okay, our leaders don’t seem too concerned about the suffering that everyone else is going through.

In fact, former Federal Reserve Chairman Alan Greenspan essentially admitted as much during a recent interview with CNBC.  The following is how a Zero Hedge article summarized that interview…

Starting at around 1:50, Greenspan states the odds of sequester occurring are very high – in fact, the playdough-faced ex-Chair-head notes, “I find it very difficult to find a scenario in which [the sequester] doesn’t happen” But when asked how this will affect the economy, Awkward Alan is unusually clearly spoken – “the issue is how does it affect the stock market.”

While not so many of our leaders have taken the path to direct truthiness, Greenspan somewhat shocks a Botox’d and babbling Bartiromo when he admits “the stock market is the key player in the game of economic growth.”

Bartiromo shifts uncomfortably in her seat, strokes her imaginary beard and stares blankly as Greenspan explains that while the sequester will have a real effect on the real economy, “if the stock market can hold up through this, then the effect will be rather minor.”

As long as the stock market is moving higher they think that everything is just fine and dandy.

And the Obama administration?

They continue to pursue the same policies that got us into this mess.

Their idea of “economic reform” is to threaten to sue businesses that do not hire ex-convicts.

And of course now that Obama has been re-elected he is putting a tremendous amount of effort into “stimulating the economy”.

For example, he spent this weekend golfing in Florida, and the Obamas recently spent about 20 million taxpayer dollars vacationing in Hawaii.

Meanwhile, the U.S. economy is getting worse with each passing day.

If you doubt that economic conditions are getting worse, please read this article: “Show This To Anyone That Believes That ‘Things Are Getting Better’ In America“.

When you look at the cold, hard numbers, it is undeniable what is happening to America.

And our leaders are not doing anything to fix our problems.  In fact, most of the time they are just making things worse.

So buckle up and get prepared.  We are in for very bumpy ride, and this is only just the beginning. 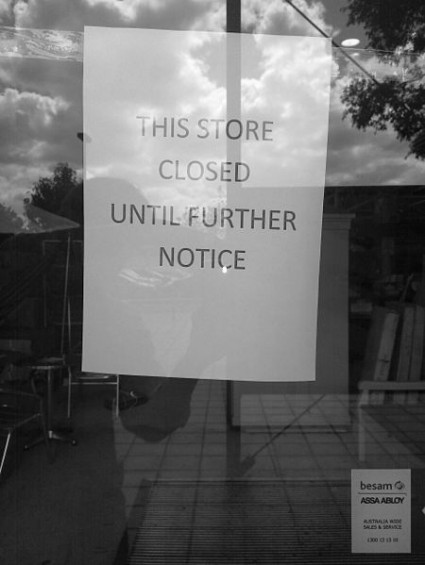