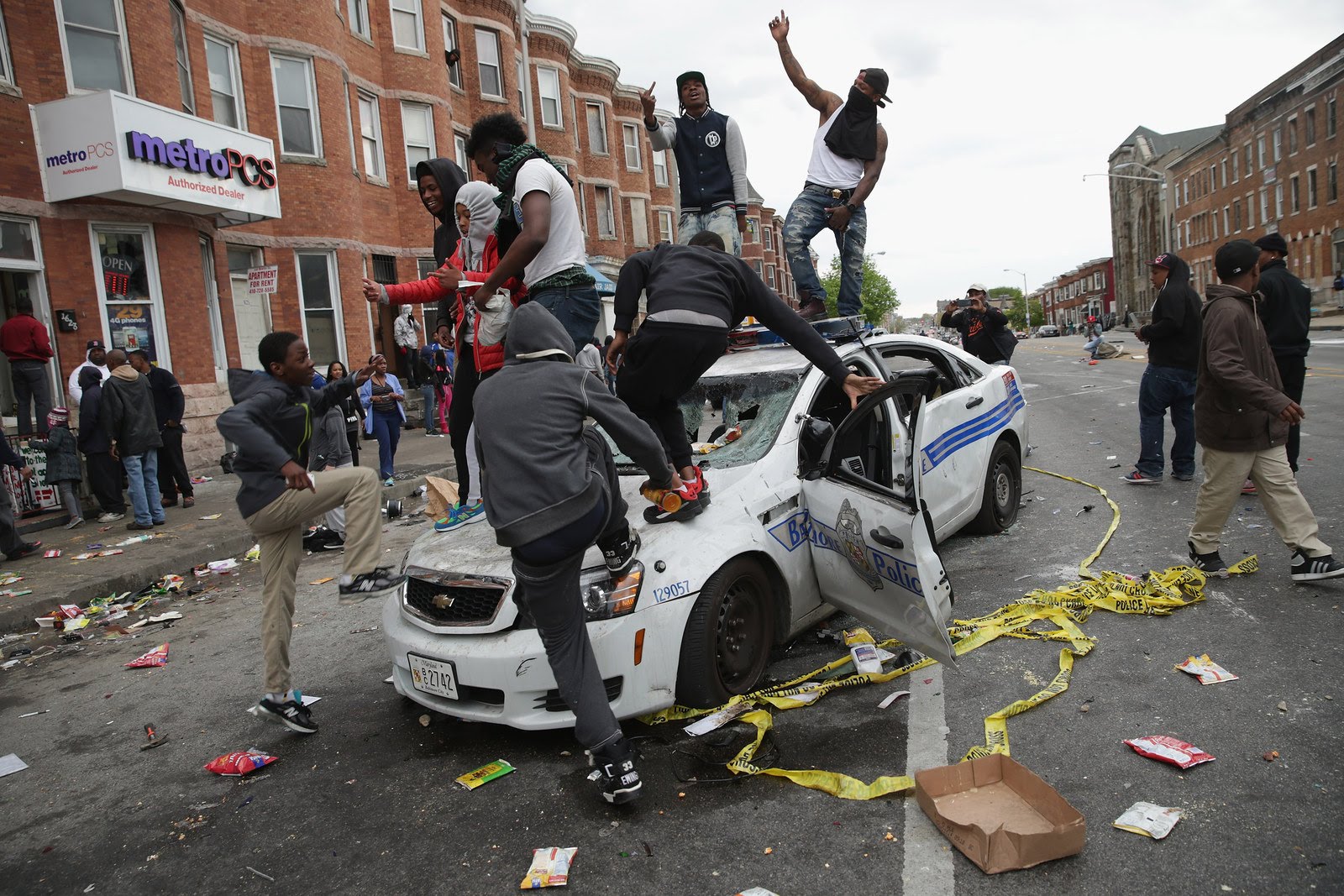 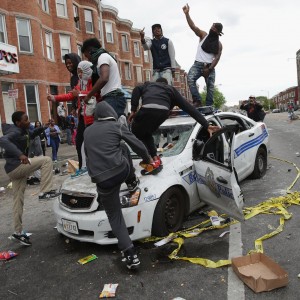 Are you ready for rioting, looting and mindless violence in major U.S. cities all summer long?  According to a brand new Wall Street Journal/NBC News poll, 96 percent of all Americans believe that there will be more civil unrest in America this summer.  That leaves only 4 percent of people that believe that everything will be just fine.  In this day and age, it is virtually impossible to get 96 percent of Americans to agree on anything.  So the fact that just about everyone agrees that we are going to see more civil unrest should really tell you something.  The anger that has been building under the surface for so many years in this country has finally started to erupt.  If you have been following my website for a while, you know that this is something that I have been warning about for a very long time.  Many people may have thought that I was exaggerating when I talked about the civil unrest that was coming to American cities.  But I was not exaggerating at all.  In fact, if anything I was downplaying it.  In the years to come, we are going to see things happen in our cities that are going to absolutely shock the world.

Ever since the violence first erupted in Baltimore, what has surprised me more than anything has been the level of hate that I am seeing all over the Internet.  I am seeing white people openly proclaim how much they hate black people.  I am seeing black people openly proclaim how much they hate white people.  I am seeing things said about the police that are absolutely horrifying.  Yes, there has been a tremendous amount of police brutality in this nation.  In fact, I have been one of the leaders in writing about it.  But most police officers are just trying to serve their communities the very best that they can.  So why is there so much hate for anyone that is a police officer these days?

If all of this hate continues to grow, it is going to eat our nation alive.  Why can’t we just learn to forgive one another, love one another and work together to rebuild our once great nation?

I know that what I just said is going to mostly fall on deaf ears.  But it needs to be said.

I wish that we could change course as a nation and avoid all of the rioting, looting and senseless violence that is coming.  Unfortunately, I don’t see that happening, and neither does the rest of the country…

Americans are bracing for a summer of racial disturbances around the country, such as those that have wracked Baltimore, with African Americans and whites deeply divided about why the urban violence has occurred, a new Wall Street Journal/NBC News poll has found.

A resounding 96% of adults surveyed said it was likely there would be additional racial disturbances this summer, a signal that Americans believe Baltimore’s recent problems aren’t a local phenomenon but instead are symptomatic of broader national problems.

What happened in Ferguson set the precedent, and now what has happened in Baltimore has provided the spark for a national movement.  Similar “demonstrations” are popping up all over the nation, and a number of them have already turned violent.

For example, check out what happened in Seattle on Friday night…

Demonstrations turned violent in Seattle after night fell, with police reporting that protesters hurled rocks and wrenches at officers and damaged 25 vehicles. Police reported that an “explosive device” was thrown at officers, and a trash bin was pushed down a hill toward police.

Three officers were injured, two seriously enough that they were taken to a hospital, Seattle police said on Twitter. At least 16 people were arrested Friday night, police said.

And just down the coast in Portland, we also witnessed some very ugly violence…

One Portland, Oregon, police officer was injured by a protester, according to police. Portland Police reported on Twitter that protesters were throwing “projectiles” and “incendiary devices” at officers.

Police used pepper spray on protesters who tried to march on a bridge Friday afternoon and later sheriff’s deputies used stingballs, filled with tiny rubber balls, on protesters who were throwing chairs at police, according to the department.

These protesters are just copying what they saw in Baltimore.  And things would not have ever gotten so bad in Baltimore if the police had not been ordered to stand down and let the riots spiral out of control.  Now, we have learned that many police officers were so outraged by this that they want Baltimore Mayor Stephanie Rawlings-Blake to immediately resign…

During a Baltimore-based radio talk show on Thursday, a man who identified himself as a Baltimore police officer named “Jeff” called into the program and said fellow police officers were organizing to push out the city’s mayor.

“There is right now over 50 of us officers who are immediately asking for [Baltimore Mayor] Stephanie Rawlings-Blake to step down for what she did to us Monday,” the caller told WBAL radio host Derek Hunter.

The Baltimore mayor has denied giving “stand down” orders and blamed the media for misinterpreting her comments about providing “a space” for protesters to loot.

“Any other time in my career, if somebody were to throw a brick or a block at me, we would take immediate actions to pull our weapons on them. Numerous times on Monday when our officers were being injured, our commanders are telling us ‘stand down, stand down.’  You had no idea what it did to us as police officers to sit there,” said the self-described “21-year veteran” of the Baltimore police department.

Scenes of protesters attacking police were broadcast all over the nation, and it was inevitable that we would start to see “copycat attacks” against the police start to happen.  In New York City, a plainclothes police officer was shot in the head on Saturday…

A plainclothes New York City police officer was shot in the head and critically injured while in an unmarked police car Saturday as he and his partner attempted to stop and question a man they suspected of carrying a gun, officials said.

Officer Brian Moore and his partner, Erik Jansen, noticed Demitrius Blackwell “walking and adjusting an object in his waistband” when they pulled up on him in their car, exchanging words with him before he turned and suddenly fired at least two rounds into the car, police Commissioner William Bratton said.

“The man immediately removed the firearm from his waistband and turned in the direction of the officers and deliberately fired several times at the vehicle, striking Officer Moore in the head,” Bratton said at a press conference at a Queens hospital. The 25-year-old Moore was undergoing surgery but listed in stable condition.

We are seeing the same thing when it comes to racially-motivated violence.  This is something that we witnessed in Baltimore, and now all over the nation people are being attacked just because of the color of their skin.

For instance, one young man in California attacked a random passerby with a baseball bat…

A Fontana man accused of beating a passerby with a bat in an apparently random attack in Rialto, leaving the victim with life-threatening injuries that he was not expected to survive, was charged Wednesday with attempted murder allegedly committed as a hate crime.

Jeremiah Ajani Bell, 22, was arrested Monday, a day after a daylight assault on 54-year-old Armando Barron, who was walking down the street when he was attacked.

So why did this happen?  Well, apparently it was because the passerby had the wrong skin color…

Witnesses and police say a mob of 60 black teens took to the streets of Charleston, South Carolina, to unleash attacks on unsuspecting drivers and pedestrians, all but one of whom were white.

And of course police in some areas of the country are also using unnecessary violence.  Just consider what happened to a group of peaceful protesters in Denver on Wednesday…

With much of the nation focused on the police abuse protests happening in Baltimore and New York City, the Denver police and their actions against a group of protesters on Wednesday has largely gone unnoticed.

But police were dressed for war. Paramilitary style. And they weren’t going home without using a few cans of pepper spray and filling up a paddy wagon.

Video that surfaced shows a group of about 100 protesters walking the streets of downtown Denver where they were met with line of motorcycle cops who forced the group on to the sidewalk.  One overzealous officer can be seen breaking away from the pack chasing down pedestrians, using his motorcycle as a large weapon.

It’s war on the streets of America, and this is only just the beginning.

As we enter the next major economic downturn, people are going to become angrier and even more desperate.  And desperate people do desperate things.  The next few years are not going to be a good time to be living in urban areas.  Even if you only have peace and love in your heart, that doesn’t mean that you won’t get caught in the crossfire as the violence escalates.

Now we have a nation that is deeply, deeply divided and that is filled with hate.

Things didn’t have to turn out this way, but they did.  I hope that you are getting ready for what comes next.