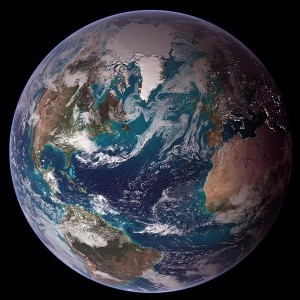 The rest of the world has found out that the U.S. government has been listening to their phone calls and watching what they do on the Internet and they do not like it one bit.  Outrage has been pouring in from all over the planet, and one member of the European Parliament is even comparing the NSA to the Stasi.  But instead of stepping back and reevaluating our Big Brother spying methods now that they have been revealed, Barack Obama and other leading members of Congress are defiantly declaring that there is nothing wrong with these methods and that no changes will be made.  The U.S. government is going to continue to invade the privacy of the citizens of the rest of the world as much as it possibly can, and our leaders don’t seem to really care what the international response is.  And make no mistake – the goal of the U.S. intelligence community is to literally know everything about everyone.  The chief technology officer of the CIA, Gus Hunt, made the following shocking admission back in March: “We fundamentally try to collect everything and hang onto it forever.”  He followed that statement up with this gem: “It is really very nearly within our grasp to be able to compute on all human-generated information.”  In other words, they want it all, and they nearly have the capacity to gather it all already.  So where does this end?  Will the U.S. intelligence community ever be happy until they have every piece of data on every single person on the entire planet?  Do we really want a government that collects “everything” and hangs on to it “forever”?

Thanks to Edward Snowden, the rest of the globe is starting to understand the extent to which the U.S. government has been spying on them.  Needless to say, a lot of people are extremely upset about this.

In Germany (a country that knows a thing or two about Big Brother tactics), some prominent politicians are publicly denouncing the surveillance that the U.S. government has been doing on their citizens.  In fact, one German politician has accused the U.S. of employing “American-style Stasi methods”…

In a guest editorial for Spiegel Online on Tuesday, Justice Minister Sabine Leutheusser-Schnarrenberger said reports that the United States could access and track virtually all forms of Internet communication were “deeply disconcerting” and potentially dangerous.

“The more a society monitors, controls and observes its citizens, the less free it is,” she said.

“The suspicion of excessive surveillance of communication is so alarming that it cannot be ignored. For that reason, openness and clarification by the U.S. administration itself is paramount at this point. All facts must be put on the table.”

In Italy, the government official in charge of data protection, Antonello Soro, said that the surveillance that the NSA is doing “would not be legal in Italy” and would be “contrary to the principles of our legislation and would represent a very serious violation”.

In Russia (another country with a long history of using Big Brother tactics), President Vladimir Putin has expressed significant concern about the NSA spying program and there are even rumors that Russia will be offering asylum to Edward Snowden…

Alexey Pushkov, head of the Duma’s international affairs committee and a vocal US critic, said on Twitter: “By promising asylum to Snowden, Moscow has taken upon itself the protection of those persecuted for political reasons. There will be hysterics in the US. They only recognise this right for themselves.”

He continued: “Listening to telephones and tracking the internet, the US special services broke the laws of their country. In this case, Snowden, like Assange, is a human rights activist.”

But even more important than what foreign politicians think about the NSA spying scandal is what average people all over the globe think.  This scandal is causing millions of average people all over the planet to look at the United States with disgust and disdain.  How can we hold ourselves out as the “defenders of freedom” to the rest of the globe when we are openly telling them that we are going to spy on them as much as we possibly can?  How do we expect the rest of the world to look at us as “the good guys” when we are selfishly grabbing and recording all of their emails, phone calls and Internet searches without any concern for their privacy whatsoever?

What makes all of this even worse is that our top intelligence officials are making jokes about this scandal.  For example, just check out the wisecracks that the Director of National Intelligence, James Clapper, was making at an awards ceremony on Friday…

With the current and past directors of national intelligence at the Omni Shoreham to honor former CIA and National Security Agency chief Michael Hayden, the result in speeches and interviews with intel professionals was a gumbo of outrage, worry and humor.

Director of National Intelligence James Clapper told the black-tie crowd of more than 700 he would “address the elephant in the room” and proceeded, to applause, to denounce “the unauthorized leaks as reprehensible and egregious.” Clapper characterized the program as completely legal, debated and reauthorized by Congress under strict oversight and by court order “to make our nation safe and secure.”

He then cracked a few jokes. “Some of you expressed surprise that I showed up—so many emails to read!” Clapper said. Greeting fellow banqueter John Pistole, the administrator of the Transportation Security Administration who recently reversed a planned policy to permit air travelers to carry certain knives on planes, Clapper said, “John, can I borrow your pocket knife?”

How in the world can he make a joke about reading our emails at a time like this?

This is how arrogant the U.S. intelligence community has become.  They feel like they can do whatever they want and get away with it.

For example, back in March Clapper flat out lied to the U.S. Congress about the surveillance that the NSA is doing.  When he was asked by Senator Ron Wyden if the NSA was collecting any information on the American people, Clapper completely denied it.

The following is from a transcript of that exchange…

“Does the NSA collect any type of data at all on millions or hundreds of millions of Americans?” Oregon Republican Sen. Ron Wyden asked Clapper at the March 12 hearing.

“It does not?” Wyden pressed.

Clapper recanted and said: “Not wittingly. There are cases where they could, inadvertently perhaps, collect — but not wittingly.”

Apparently Clapper must have “forgotten” that the government is forcing all of the big telephone companies to turn over all of their call records to the NSA every single month.

And you know what?  The truth is that the government is not just collecting “metadata” about our phone calls.  The content of our calls is being recorded and stored as well.  Just check out this story from the Blaze…

Hollywood actor Shia LaBeouf in 2008 during an appearance on the Tonight Show with Jay Leno detailed how he learned phone calls were allegedly being recorded.

Promoting the film “Eagle Eye,” which according to IMDb shows how “technology of everyday life [is used] to track and control,” LaBeouf told Leno that an FBI consultant for the movie said one in five phone calls made are recorded and logged.

“And I laughed at him,” LaBeouf said.

“And then he played back a phone conversation I’d had two years prior to joining the picture,” LaBouf continued.

Both Leno and LaBeouf concluded it was “extremely creepy.”

The American people, along with the people of the entire planet, deserve the truth about this.

Unfortunately, Barack Obama is certainly not going to tell us the truth, and there will probably only be a half-hearted effort by some members of Congress to get to the bottom of things.

That is why it is going to be important to take this to court, and thankfully a couple of lawsuits are already in the works.

According to U.S. News & World Report, one of these lawsuits is being filed by a former Justice Department prosecutor…

Former Justice Department prosecutor Larry Klayman amended an existing lawsuit against Verizon and a slew of Obama administration officials Monday to make it the first class-action lawsuit in response to the publication of a secret court order instructing Verizon to hand over all phone records of millions of American customers on an “ongoing, daily basis.”

Klayman told U.S. News he will file a second class-action lawsuit Wednesday in the U.S. District Court for the District of Columbia targeting government officials and each of the nine companies listed in a leaked National Security Agency slideshow as participants in the government’s PRISM program.

And according to USA Today, the ACLU has also filed a lawsuit…

In its lawsuit, the ACLU said an NSA program that harvests phone calls violates the rights of all Americans.

“The program goes far beyond even the permissive limits set by the Patriot Act and represents a gross infringement of the freedom of association and the right to privacy,” said Jameel Jaffer, the ACLU’s deputy legal director.

Hopefully these lawsuits will reveal more details about the spying that has been taking place.

There is also a “bipartisan coalition” of 86 Internet companies and civil liberties organizations that have sent a letter to Congress demanding action on these issues.  You can read the full letter right here.  Some of the organizations involved include the Electronic Frontier Foundation, Reddit, Mozilla, FreedomWorks, and the Center for Digital Democracy.

Will Congress listen to them?

But at least they are trying to do something about this.

The key will be to get the American people outraged enough about all of this that they won’t forget about it in a week or two.  And that is not an easy thing to do.

There have been a couple of public opinion polls taken over the past few days that show some very curious results.  A Rasmussen survey found that 59 percent of Americans are against the government secretly collecting our phone records and only 26 percent are in favor.  But a Washington Post survey found that 56 percent of Americans consider the collecting of our phone records to be “acceptable” and only 41 percent consider the practice to be “unacceptable”.

How could those two surveys get such wildly different results?

A lot of it is in the way that they ask the questions.

In the end, our politicians don’t really care too much about what the general public thinks anyway.  They are just going to continue to do what they have been doing and the rest of the world will continue to become even more disgusted with us.

We are recklessly destroying our global reputation and our leaders do not even seem to care.  But someday America will need some friends, and when that day arrives we may find that we don’t have too many left.