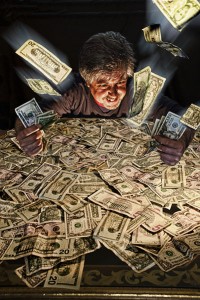 Recently uncovered documents prove that the Obama administration has been working with the Mexican government to increase the number of illegal immigrants on food stamps, and when more illegal immigrants go on food stamps JP Morgan makes more money.  As you will read about below, JP Morgan has made at least 560 million dollars processing Electronic Benefits Transfer cards.  Each month, JP Morgan makes between $.31 and $2.30 for every single person on food stamps (and that does not even include things like ATM fees, etc).  So JP Morgan has a vested interest in seeing poverty grow and the number of people on food stamps increase.  Meanwhile, the Obama administration has been aggressively seeking to expand participation in the food stamp program.  Under Obama, the number of people on food stamps has grown from 32 million to more than 47 million.  And even though poverty in America is absolutely exploding, that apparently is not good enough for the Obama administration.  It has now come out that the U.S. Department of Agriculture has provided the Mexican government with literature that actively encourages illegal immigrants to enroll in food stamps.  One flyer contains the following statement in Spanish: “You need not divulge information regarding your immigration status in seeking this benefit for your children.”  The bold and the underlining are in the original document in case you were wondering.  Overall, federal spending on food stamps increased from 18 billion dollars in 2000 to 85 billion dollars in 2012, and at this point one out of every five U.S. households in now enrolled in the food stamp program.  When people illegally or fraudulently enroll in the food stamp program, it makes it harder for those that desperately need the help to be able to get it.

It is certainly a good thing to help fellow Americans that are suffering.  It is a crying shame that more than a million public school students in America are homeless.  That should not be happening in the “wealthiest nation on earth”.

But today we have a system that has turned poverty into big business.  According to an article posted on Breitbart.com, JP Morgan has made at least 560 million dollars (and probably much more) processing EBT cards…

A new report by the Government Accountability Institute finds that JP Morgan has made at least $560,492,596 since 2004 processing the Electronic Benefits Transfer (EBT) cards of 18 of the 24 states it has under contract for the food stamp program.

These contracts are transactional contracts, meaning they are amendable based on changes in program participation. Each month, the three companies that administer EBT receive a small fee that can range from $.31 to $2.30 (or higher depending upon the number of welfare services on an EBT card and state contractual requirements) for each SNAP recipient.

So the more people that are out of work and that need to turn to the government for food, the bigger profits that JP Morgan makes.

What makes all of this even more insulting is that many of the jobs that JP Morgan could be providing to Americans to help alleviate this poverty are being shipped overseas instead.  As I noted in a previous article, many EBT card customer service calls are being routed to call centers in India by JP Morgan.

So why doesn’t anyone do anything about this?

Well, it turns out that JP Morgan has the politicians that oversee the food stamp program in their back pocket.  The following is from a recent Money Morning article…

And the bank has taken steps to make sure the SNAP program remains a growing source of revenue. JPMorgan’s political donations to the members of House and Senate agricultural committees, the ones with legislative responsibility for the program, soared from just over $82,000 in 2002 to nearly $333,000 as of 2010.

What a wonderful system we have, eh?

And surely JP Morgan just loves the fact that the Obama administration is actively encouraging illegal immigrants to apply for food stamps.

What you are about to read should absolutely shock you.  At a time when the U.S. government is absolutely drowning in debt, the Obama administration is making it abundantly clear to illegal immigrants that their immigration status will not be checked when they apply for food stamps.  The following is from a recent Judicial Watch press release…

Judicial Watch today released documents detailing how the U.S. Department of Agriculture (USDA) is working with the Mexican government to promote participation by illegal aliens in the U.S. food stamp program.

The promotion of the food stamp program, now known as “SNAP” (Supplemental Nutrition Assistance Program), includes a Spanish-language flyer provided to the Mexican Embassy by the USDA with a statement advising Mexicans in the U.S. that they do not need to declare their immigration status in order to receive financial assistance.  Emphasized in bold and underlined, the statement reads, “You need not divulge information regarding your immigration status in seeking this benefit for your children.”

The documents came in response to a Freedom of Information Act (FOIA) request made to USDA on July 20, 2012.  The FOIA request sought: “Any and all records of communication relating to the Supplemental Nutrition Assistance Program (SNAP) to Mexican Americans, Mexican nationals, and migrant communities, including but not limited to, communications with the Mexican government.”

The documents obtained by Judicial Watch show that USDA officials are working closely with their counterparts at the Mexican Embassy to widely broaden the SNAP program in the Mexican immigrant community, with no effort to restrict aid to, identify, or apprehend illegal immigrants who may be on the food stamp rolls.

You can see a copy of the flyer right here.

So who pays for all of this?

You do of course.

The Obama administration is doing all that it can to promote illegal immigration, and big banks such as JP Morgan just make bigger profits the more illegal immigration that we see, but it is you and I that end up with the bill.  This was put beautifully in a recent article by Mike Adams of NaturalNews.com…

Nearly $75 billion of taxpayer money is spent each year on federal food stamps, and it turns out some of that is alarmingly being handed out to illegal immigrants — people who contribute nothing to the federal tax base in America but who seem to be experts on collecting social welfare benefits of all kinds. If you are working for a living, you are buying food for illegals who are being actively recruited by Obama and the democratic party so that they will vote more democrats into office.

When we reward illegal immigration, what happens?

That’s right – we are just going to get even more illegal immigration.

According to WND, we have already started seeing a huge increase in illegal immigrants coming across the border since Congress began debating the amnesty bill…

Illegal border crossings have doubled, and possibly even tripled, since the latest congressional push began toward comprehensive immigration reform.

In reporting first published by Townhall.com’s Katie Pavlich, border patrol agents in the Tucson/Nogales sector claim illegals are coming here in much higher numbers in just the past few months.

“We’ve seen the number of illegal aliens double, maybe even triple since amnesty talk started happening,” an unnamed border agent said to Townhall. The data from Customs and Border Protection cited in the report shows 504 illegals were detected crossing in that sector between Feb. 5 and March 1. Only 189 were caught on camera, and just 174 of the 504 were apprehended. Of those spotted on camera, 32 were carrying huge packs believed to contain drugs and several were heavily armed.

If that bill is passed, it is being projected that it will bring 33 million more people into this country…

The pending Senate immigration bill would bring a minimum of 33 million people into the country during its first decade of operation, according to an analysis by NumbersUSA, a group that wants to slow the current immigration rate.

By 2024, the inflow would include an estimated 9.2 million illegal immigrants, plus 2.5 million illegals who arrived as children — dubbed ‘Dreamers’ — plus roughly 3.4 million company-sponsored employees with university degrees, said the unreleased analysis.

The majority of the inflow, or roughly 17 million people, would consist of family members of illegals, recent immigrants and of company-sponsored workers, according to the NumbersUSA analysis provided to The Daily Caller.

We have made legal immigration a complete and total nightmare while leaving the back door completely wide open at the same time.

We greatly punish those who are trying to do things legally while at the same time we are greatly rewarding those that are cheating the system.

What kind of sense does that make?

Shouldn’t we insist that everyone come in through the front door?

Linda Vickers, who owns a ranch in Brooks County, which is Ground Zero for the immigration debate, pins the blame directly on talk of ‘amnesty’ and a ‘path to citizenship’ for people who entered the U.S. illegally.

She recalls one man being arrested on her ranch not long ago.

“The Border Patrol agent was loading one man up, and he told the officer in Spanish, ‘Obama’s gonna let me go’.”

Border Patrol agents report that immigrants are crossing the border, and in some cases surrendering while asking, “Where do I go for my amnesty?”

We are already becoming a poverty-stricken nation.  We simply can’t afford to feed millions upon millions of illegal immigrants as well.

We now have a debt to GDP ratio of about 105 percent.

In the United States today, the amount of money that is deposited in our banks is about 9.3 trillion dollars.  If we took every penny of that and used it to pay off the national debt, we would still owe more than 7 trillion dollars.

We are stealing more than 100 million dollars from future generations of Americans every single hour of every single day to pay our bills, and yet everyone seems to think that this is “normal” somehow.

The truth is that what we are doing is absolutely criminal, and we should all be ashamed.

In the end, it should be apparent to everyone that our system is failing.  Our government is corrupt, our big banks are consumed with greed and most average Americans are so addicted to entertainment that they have absolutely no idea what is going on.

What would those that bled and died for this country think about what we have become today? 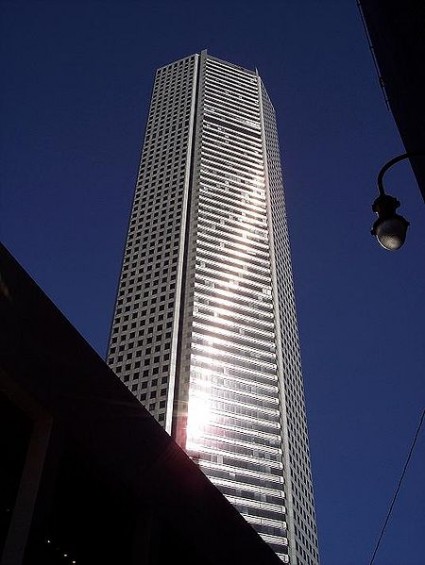