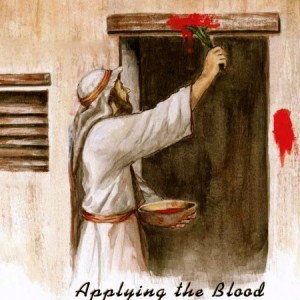 Did you know that for centuries ahead of time, God held a “dress rehearsal” for the crucifixion of Jesus the Messiah every single year in the exact city where it would happen and on the exact day that it would happen?  It is called Pesach (Passover), and it is greatly misunderstood.  Even though this day is all about Jesus the Messiah, most of the people who celebrate it don’t even believe in Jesus.  And most of the people that believe in Jesus don’t celebrate it.  But as you will see below, the Scriptures have some amazing things to say about Passover.

7 Purge out therefore the old leaven, that ye may be a new lump, as ye are unleavened. For even Christ our passover is sacrificed for us:
8 Therefore let us keep the feast, not with old leaven, neither with the leaven of malice and wickedness; but with the unleavened bread of sincerity and truth.
(1 Corinthians 5:7-8)

On Passover, the people of Israel are commanded to gather in Jerusalem to remember the exodus out of the land of Egypt.

So why did God have His people put the blood of a lamb on their doorposts?

Why be that specific?

Well, even today most doorposts are made of wood.

And where does wood come from?

It comes from a tree.

So the message of the original Passover was that the blood of the lamb on the tree delivered them from the wrath of God.

And that foreshadowed precisely what would happen on that day more than 1000 years later, and it is the very heart of the gospel message.

After the people of Israel got to the Promised Land, God required that His people gather at Jerusalem on that specific day every single year in order to celebrate the Passover.

Looking back, we can now see that God had His people gather together every single year in the exact city where Jesus would die, on the exact day when Jesus would die, and He had them act out rituals which precisely foreshadowed the shedding of the blood of the lamb on the tree (the cross).

Even though this was done every single year for centuries in advance, most of the people still missed it.

And the parallels between Jesus the Messiah and the Passover lamb are astonishing.

First of all, both Jesus and the Passover lamb were males and were “without blemish”.

Secondly, the bones of the Passover lamb were not to be broken, and the bones of Jesus were not broken on the cross either even though it was customary to break the legs of those being crucified to speed up their deaths.

Thirdly, the Passover lamb was always bound to the altar at 9 AM.  That is precisely the time when the Scriptures tell us that Jesus was nailed to the cross.

Fourthly, the Passover lamb was always sacrificed at 3 PM.  At that moment, a priest would blow a shofar at the Temple and the people would quietly contemplate what just happened.  That is precisely the time when the Scriptures tell us that Jesus declared “It is finished” and died on the cross.  The veil of the Temple was supernaturally torn from top to bottom, and there was a great earthquake.  The lamb of God paid for our sins, just as the day of Passover had been foreshadowing for more than 1000 years.

Seven days shall ye eat unleavened bread; even the first day ye shall put away leaven out of your houses: for whosoever eateth leavened bread from the first day until the seventh day, that soul shall be cut off from Israel.
(Exodus 12:15)

Immediately following Passover is the Feast of Unleavened Bread.  The Scriptures tell us that we are to remove all leaven from our homes and eat unleavened bread for seven days.

So why would God have us do such a thing?

We remove leaven from our homes to show that the lamb of God removed all of our sin on Passover.

It is a perfect picture of what Jesus has done for us.

20 But now is Christ risen from the dead, and become the firstfruits of them that slept.
21 For since by man came death, by man came also the resurrection of the dead.
22 For as in Adam all die, even so in Christ shall all be made alive.
23 But every man in his own order: Christ the firstfruits; afterward they that are Christ’s at his coming.
(1 Corinthians 15:20-23)

Did you know that for centuries ahead of time, God held a “dress rehearsal” for the resurrection of Jesus the Messiah every single year in the exact city where it would happen and on the exact day that it would happen? It is called Firstfruits, and you can read more about it in Leviticus 23.

During the Festival of Unleavened Bread, the day after the regular weekly Sabbath that falls during those seven days is known as Firstfruits.  The people of Israel would bring “a sheaf of the firstfruits” to the high priest who would wave it before the Lord.  By doing so, the people of Israel were signifying that they trusted in the Lord to bring in the rest of the harvest.

Well, in the Scriptures the apostle Paul described Jesus the Messiah as “the firstfruits” of those that would rise from the dead.  And we trust that at His coming the rest of the harvest will be bodily resurrected at that time as well.  The Scriptures promise us that not only will our spirits live forever, but that our actual physical bodies will be resurrected someday too.

51 Behold, I shew you a mystery; We shall not all sleep, but we shall all be changed,

52 In a moment, in the twinkling of an eye, at the last trump: for the trumpet shall sound, and the dead shall be raised incorruptible, and we shall be changed.

What a wonderful day that will be.

Despite what you just read above, there are many Christians that actually believe that the Bible says that we should not be celebrating these Biblical festivals.

One of the main verses that they like to use is Colossians 2:16.  But as you will see, it actually says just the opposite of what they think that it says.

Let no man therefore judge you in meat, or in drink, or in respect of an holyday, or of the new moon, or of the sabbath days: Which are a shadow of things to come; but the body is of Christ.

When they bring this verse up, they will typically say something like this: “See!  Nobody is allowed to judge me regarding the observance of a holiday, a new moon or a Sabbath day.  I can do whatever I want.”

But that is not what it says at all.

First of all, please notice that the verse says that these days on the Biblical calendar “are a shadow of things to come”.  That means that they still have significance!

In addition, there is a very important detail that most people that read this verse have missed.  In most Bible versions, the word “is” in the last phrase is in italics.  That is because it is not in the original.  The word “is” was added by translators.

Let no man therefore judge you in meat, or in drink, or in respect of an holyday, or of the new moon, or of the sabbath days: Which are a shadow of things to come; but the body of Christ.

What this verse is really saying is that we should not let anyone tell us how to observe these things (which are a shadow of things to come) except for the body of Messiah.  It is only those that believe in Jesus that should be instructing us how to properly follow God’s commandments.

This is why it is so important to read verses in context.  The surrounding context of this chapter makes this abundantly clear.  In verse 8, it says the following…

Beware lest any man spoil you through philosophy and vain deceit, after the tradition of men, after the rudiments of the world, and not after Christ.

And in verse 22, there is a warning not to get caught up in “the commandments and doctrines of men“.

At that time, there were lots of people (such as the Pharisees) that were trying to get the new believers in the Messiah to adopt the man-made traditions of Judaism.  The apostle Paul was constantly warning against this and so was Jesus.

But we need to be very careful that as we are rejecting the traditions of men that we do not throw out the commandments of God.  The apostle Paul made this abundantly clear in Romans 3:31…

Do we, then, nullify the Torah by this faith? Not at all! Rather, we uphold the Torah.

18 For verily I say unto you, Till heaven and earth pass, one jot or one tittle shall in no wise pass from the law, till all be fulfilled.

A lot of people get confused and think that somehow we must earn our way into heaven by keeping His commandments.

But that is not the case at all.  The truth is that none of us is perfect.  We have all broken God’s commandments and so we all needed a Savior.  God’s laws show us our sin, and if we did not have Jesus the Messiah we would have to pay the penalty for our sin.

Thankfully, Jesus willingly chose to lay down His life and pay the penalty for our sin on the cross.  This is the message of Passover.  If you have never invited Jesus to come into your life to be your Lord and Savior, you can learn to do so by reading this article: “The Most Important Thing“.

Once we become Christians and our sins are forgiven, does that mean that we get to throw out the commandments of God and do whatever we want?

Not according to Jesus.  Now that we know Him, we should want to show our love for Him by keeping His commandments.  And there is great reward in keeping them – both in this life and the next.  Just remember the words of Jesus the Messiah in Matthew 5:19… 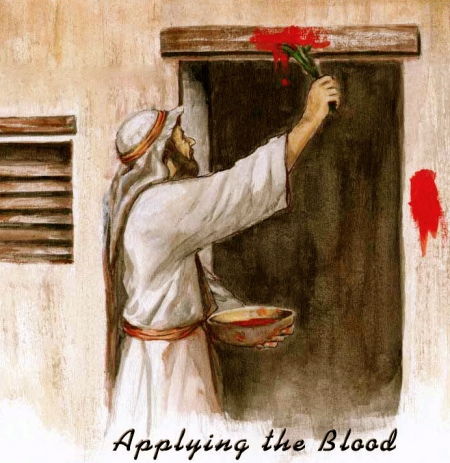