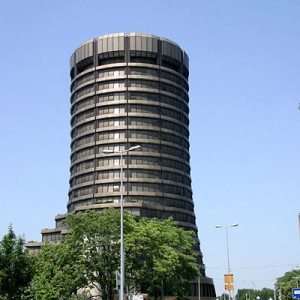 A new set of regulations that most people have never even heard of that was developed by an immensely powerful central banking organization that most people do not even know exists is going to have a dramatic effect on the global financial system over the next several years.  The new set of regulations is known as “Basel III”, and it was developed by the Bank for International Settlements.  The Bank for International Settlements has been called “the central bank for central banks”, and it is headquartered in Basel, Switzerland.  58 major central banks (including the Federal Reserve) belong to the Bank for International Settlements, and the decisions made in Basel often have more of an impact on the direction of the global economy than anything the president of the United States or the U.S. Congress are doing.  All you have to do is to look back at the last financial crisis to see an example of this.  Basel II and Basel 2.5 played a major role in precipitating the subprime mortgage meltdown.  Now a new set of regulations known as “Basel III” are being rolled out.  The implementation of these new regulations is beginning this year, and they will be completely phased in by 2019.  These new regulations dramatically increase capital requirements and significantly restrict the use of leverage.  Those certainly sound like good goals, the problem is that the entire global financial system is based on credit at this point, and these new regulations are going to substantially reduce the flow of credit.  The only way that the giant debt bubble that we are all living in can continue to persist is if it continues to expand.  By restricting the flow of credit, these new regulations threaten to burst the debt bubble and bring down the entire global economy.

So precisely what is Basel III?  The following is a definition from the official website of the Bank for International Settlements…

“Basel III” is a comprehensive set of reform measures, developed by the Basel Committee on Banking Supervision, to strengthen the regulation, supervision and risk management of the banking sector. These measures aim to:

All of that looks good at first glance.  But when you start looking into the details you start realizing what it is going to mean for the global financial system.  Banks are going to be required to have higher reserve ratios and use less leverage.  Banks are going to have to be more careful with their money, which is a good thing, but it is also going to mean that credit will not flow as freely.  Unfortunately, the only way for a debt bubble to survive is if it keeps expanding.  Anything that restricts the flow of easy money threatens to bring a debt bubble to an end.

These new regulations are going to be phased in between 2013 and 2019.  You can see a chart which shows the implementation schedule for the Basel III regulations right here.

So why is bringing the debt bubble to an end a bad thing?

Well, because it will cause the false prosperity that we have been enjoying to disappear, and that will be an exceedingly painful adjustment.

Sadly, most people have no idea what is happening.  Most people have never even heard of “Basel III” or “the Bank for International Settlements”.  Most people just assume that the people they voted into office know what they are doing and have everything under control.

Unfortunately, that is not the case at all.  The truth is that an unelected, unaccountable body of central bankers is making decisions which deeply affect us all, and there is not much that we can do about it.

This unelected, unaccountable body of central bankers played a major role in bringing about the last financial crisis.  The following is a brief excerpt from a recent article posted on Before It’s News…

If you have any questions about the power of these Basel Banking Regulations you can also see the effects that Basel II and 2.5, mark to market accounting, had on the Housing Markets in the United States of America in 2008. There were many causes for that housing bubble, then housing crisis, but Basel II and 2.5 was most assuredly the pin that popped the housing bubble that led to the financial crisis of 2008-09.

But do most people know about this?

Of course not.  Most people want to blame the Republicans or the Democrats or Bush or Obama, and they have no idea about the financial strings that are being pulled at the highest levels.

It is so important that we get people educated about how the global financial system actually works.  The following is a summary of how the Bank for International Settlements works from one of my previous articles entitled “Who Controls The Money? An Unelected, Unaccountable Central Bank Of The World Secretly Does“…

Even though most people have never even heard of the BIS, the truth is that the global elite have had big plans for it for a very long time.  In another article I included a quote from a book that Georgetown University history professor Carroll Quigley wrote many years ago entitled “Tragedy & Hope”…

Today we have such a system, and most of the public does not even know that it exists.

And when the next great financial crisis strikes, there will probably be very little ever said about the Bank for International Settlements in the mainstream media.

But right now the BIS is helping set the stage for the great credit crunch that is coming.