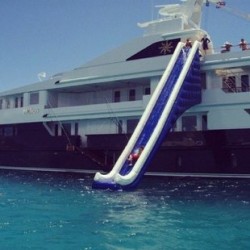 When it comes to materialism, has any nation ever surpassed what we are seeing in the United States right now?  We define our lives by how much stuff we have, to a large degree our personal and business relationships are defined by how much money we make, and even most of the important dates on our calendar are all about materialism.  Just think about it.  We throw outrageous birthday parties for our kids and we shower them with gifts.  Most of our “holidays” have become highly materialistic, and the biggest holiday of all in our society, Christmas, is an absolute orgy of materialism.  We make lists of the “wealthiest Americans” and we glorify their achievements.  We spend most of our time either making money or spending it.  Even the phrase “the American Dream” reveals how materialistic we are.  When most people are asked what “the American Dream” is, they start talking about a house, a car, vacations, retirement, sending your kids to college, etc.  The American Dream has become all about money and stuff.  Sadly, no matter how big our homes are and no matter how many shiny new toys we accumulate, we never seem to be happy.  We always want more, and we always seem to be willing to go into more debt to get it.  We are the most materialistic society in the history of the world, and our endless greed is going to end up swallowing us alive.

When it comes to materialism in America, there are outrageous examples all around us, but one of my favorite examples is the “Rich Kids of Instagram“.  It is a Tumblr blog of photos from Instagram of young Americans showing off how they are enjoying the vast wealth of their parents.  The following is how the Washington Post describes the blog….

The controversial new Tumblr is a collection of snapshots from the photo-sharing site that depicts the children of wealth and privilege — summering in the Hamptons, lounging on yachts and posing by their luxury cars.

One does a back-flip out of a helicopter near St. Tropez. Others snap pictures of their restaurant bills — allegedly paying thousands of dollars for lobster, champagne and high-end liquor.

In the warm patina of the Instagram, the youngsters appear to be living over-the-top lifestyles — and enjoying every moment.

“Our everyday is better than your best day,” reads one caption, a bit tauntingly. And, “Do you have a horse in your backyard? Didn’t think so.”

But just because you have a horse on your property does that make your life better than the rest of our lives?

Wealth does not equal happiness.

Unfortunately, however, most Americans have totally bought into this lie.

Most Americans believe that more money equals a better life.

In response to “the Rich Kids of Instagram”, the Huffington Post recently put together a piece entitled “the Rich Cats of Instagram” that features photos of cats as they “model upscale accessories, lounge with bottles of champagne, sail on yachts and ponder life while relaxing atop piles of money.”

Of course a lot of those pictures are quite funny, but they also reveal a deep truth about our society.

We have spent our lives chasing after the almighty dollar thinking that it will make us happy.  Study after study has shown that we tend to link wealth and happiness.  The following is from a recent NBC News article about one of those studies….

Many parents already know older children can be materialistic. Some tweens not only want the latest games and clothes, but also think owning these things will bring them happiness, friends and popularity. And marketers are eager to get them to buy: Tweens spend $28 billion a year, not including the more than $200 billion their parents spend on them, according to market research company C+R Research.

But even though we have an incredibly high standard of living compared to most of the rest of the world, are most of us actually happy?

No way.  In fact, Americans take more anti-depressants than anyone else on the planet.

It is really easy to get caught up in materialism though.  Let me share an example from my own life.

Several months ago our old truck completely died.  Instead of pouring thousands of more dollars into fixing it, we decided that we would get another used truck.

So the other day I stopped by a dealership while my wife was grabbing some things from Home Depot.  The salesperson started showing me some of the used trucks on the lot, but after a while I suggested that he show me some of the new trucks that were sitting on the other side of the lot.

Before I knew it, I was sitting in the most expensive truck on the lot and he was showing me all of the cool features it had.

And I have to admit – for a few moments there I was really enamored with that truck.  It was the coolest truck that I had ever seen in my life.

Of course my wife and I don’t need a truck like that.  We only need to haul stuff around a few times a month.  And we certainly do not need the amount of debt that it would take to buy such a truck.

But for a few moments there I really wanted it.  The pull of materialism can be very strong.

So would that truck have “changed my life” or brought me lasting happiness?

It would have brought some thrills for the first couple of days, but after a while it would just be sitting in the garage taking up space just like any other truck would.

So did I end up buying a truck?

Not yet.  But we need one soon.  My wife has been without a truck for quite a few months now and she is getting impatient.

But whether we get a nice used truck or a used truck that has one foot in the grave, it really isn’t going to change our lives much.

In the end, our lives should not be defined by what we own or by how much money we have in the bank.

But how do we refer to ourselves in this day and age?

The American people are called “consumers” and the truth is that we consume far more than anyone else on the globe does.

Just look at our eating habits.  Of all the major industrialized nations, America is the most obese.

The next time you go into a store, take note of how many people are overweight.

It has not always been this way.  Back in 1962, only 13 percent of all Americans were obese.

But now overeating is a national sport.  At this point, approximately 36 percent of all Americans are obese, and it is being projected that number will rise to 42 percent by 2030.

While we are gorging ourselves with food, what else do we like to do?

That’s right – we love to watch television.  In fact, the average American watches 28 hours of television every single week.

We have become completely and totally addicted to entertainment, and we have become trained to be constantly “plugged in” to something.

Our lives have become all about constantly feeding our greed and our selfishness.  In fact, that is a major reason for the breakdown of the family in America.  We tend to view marriage as a temporary condition that can be quickly discarded when it no longer makes us happy.

Sadly, the United States has the highest divorce rate in the world by a very wide margin at this point.

In addition, more Americans than ever are putting off marriage these days.  Young Americans are being told that “an education” and “a career” are more important.  According to the Pew Research Center, only 51 percent of all American adults are currently married.  Back in 1960, 72 percent of all adults in America were married.

As a result of these factors, we are an incredibly lonely nation.  Today, the United States has the highest percentage of one person households on the entire globe.

We have more “stuff” than any other society in the history of the world has ever had, but it has not made us happy.

And how did we pay for all of this?

We paid for a lot of this with debt.  In fact, we have accumulated the biggest mountain of debt in the history of the world.

During my lifetime, the debt of the U.S. government has gotten more than 30 times larger.  For much more on this, please see my previous article entitled “27 Things That Every American Should Know About The National Debt“.

But the federal government is not the only one with a debt problem.  The truth is that our entire society is absolutely drowning in debt. 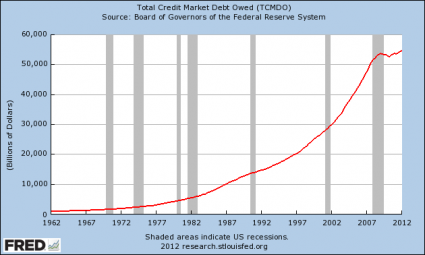 We have used massive amounts of debt in an attempt to feed our endless greed and materialism and we have gotten ourselves into a whole lot of trouble.

This is one of the reasons why I write.  I want people to understand how bad things have really gotten.

Thanks to our foolishness, our economy has been declining, it is going to continue to decline, and a massive economic collapse is coming.

Some people believe that this is a message of “doom and gloom”, but that is not the case at all.

Sticking our heads in the sand and pretending that somehow everything is going to be just fine is not going to do anyone any good.

Instead, I believe that warning people about the coming economic collapse is a message of hope.

There is hope in understanding what is happening, developing a plan to deal with it, and preparing yourself and your family for the storm that is coming.

It is the people that are ignoring all of the warnings that are going to be in real trouble.

Millions upon millions of people will be absolutely blindsided by what is coming.  Many will give in to total despair once they realize that their prosperity is gone and they have done nothing to prepare for what they are now facing.

My hope is that the information that I write about will be shocking enough that it will wake people up and motivate them to get prepared so that they can handle the incredibly challenging years that are ahead.

And the truth is that our lives should not be about our money and our stuff anyway.

Your possessions are just temporary.  None of them are going to last forever and you certainly cannot take them with you when you die.

Even though our economy has had some rough times, we still have a higher standard of living than 99 percent of the humans that have ever lived on this planet have had.

You would think that would be enough for us.

But it isn’t.  We have hoarded our wealth and we have lived in luxury and self-indulgence.

When our debt-fueled prosperity disappears, most Americans are not going to know how to handle it.

Most Americans will believe that their lives are “over” at that point.

But those that are not caught up in materialism and that have prepared for what is ahead will understand that the next chapters of their lives can be the greatest chapters of all. 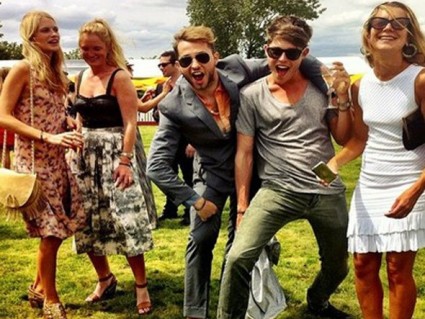