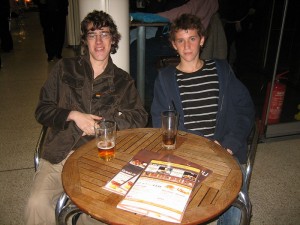 When are we finally going to admit that we have a very serious problem with this generation of young men in America?  We have failed them so dramatically that it is hard to put it into words.  We have raised an entire generation of young males that don’t know how to be men, and many of them feel completely lost.  Sometimes they feel so lost that they “snap” in very destructive ways.  Adam Lanza and James Holmes are two names that come to mind.  Why is it that mass murderers are almost always young men?  Why don’t young women behave the same way?  Sadly, Adam Lanza and James Holmes are just the tip of the iceberg of a much larger problem in our society.  Our young women vastly outperform our young men in almost every important statistical category.  Young men are much more likely to perform poorly in school, they are much more likely to have disciplinary problems and they are much more likely to commit suicide.  In the old days, our young men would gather in the streets or in the parks to play with one another after school, but today most of them are content to spend countless hours feeding their addictions to video games, movies and other forms of entertainment.  When our young men grow up, many of them are extremely averse to taking on responsibility.  They want to have lots of sex, but they aren’t interested in marriage.  They enjoy the comforts of living at home, but they don’t want to go out and pursue career goals so that they can provide those things for themselves.  Our young men are supposed to be “the leaders of tomorrow”, but instead many of them are a major burden on society.  When are we finally going to admit that something has gone horribly wrong?

There is even a name for this generation of young men that does not want to grow up.  It is called the “Peter Pan generation”.  They want to enjoy the benefits of being grown up without ever taking on the responsibilities.  A member of this “Peter Pan generation” recent wrote an article for the Daily Mail in which he discussed what he and his friends are going through…

Reckless, irresponsible and immature? Yes. But at least I can take comfort in the fact I am not alone.

Last week, I read that there is even a name for people such as me. We are the ‘Peter Pan generation’; a sizeable group of 25 to 40-year-olds who exist in a state of extended adolescence, avoiding the trappings of responsibility — marriage, mortgage, children — for as long as possible.

‘Our society is full of lost boys and girls hanging out at the edge of adulthood,’ says Professor Frank Furedi, a sociologist who has been studying this phenomenon, at the University of Kent.

‘Another word sometimes used to describe these people is “adultescent” — generally defined as someone who refuses to settle down and make commitments, and who would rather go on partying into middle age.’

Young men in America didn’t always behave this way.  Several decades ago, men in America moved away from home, got married and had children much earlier than they do now.  But the young men of today seem to want to put off the “markers of adulthood” for as long as possible.  The following is from an outstanding article by Sandy Hingston…

Sociologists cite five “markers” or “milestones” that have traditionally defined our notion of adulthood: finishing school, moving away from the parental home, becoming financially independent, getting married, and having a child. In 1960, 65 percent of men had ticked off all five by age 30; by 2000, only a third had. The experts have plenty of explanations for what’s come to be called “extended adolescence” or “emerging adulthood”—or what New York Times columnist David Brooks calls the “Odyssey Years.” They blame helicopter parents, the burden of student loan debt, much higher poverty rates among young people (nearly half of all Americans ages 25 to 34 live below the national level), and a dearth of vo-tech training and manufacturing jobs. Almost 60 percent of parents are now giving money to their grown kids—an average of $38,340 per child in the years between ages 18 and 34. Whatever happened to the son looking after his mom?

Well, there are a whole host of reasons.  But certainly parents and our education system have to bear much of the blame.  In the old days, young men were taught what it means to “be a man”, and morality was taught to young men both by their parents and in the schools.  But today, most young men have very little understanding of what “manhood” is, and our society has taught them that morality doesn’t really matter.  Instead, television and movies constantly portray young men as sex-obsessed slackers that just want to party all the time, so that is what many of our young men have become.

How much better off would our society be if we had trained this generation of young men to love, honor, protect and take care of others?

How much better off would our society be if we had nurtured the manhood of our young men instead of teaching them to be ashamed of it?

How much better off would our society be if we had disciplined our young men and taught them morality when they were getting off track instead of just letting them do whatever they wanted?

#1 Males account for approximately 70 percent of all Ds and Fs in U.S. public schools.

#2 About two-thirds of all students in “special education programs” are boys.

#4 The average young American will spend 10,000 hours playing video games before the age of 21.

#5 One study discovered that 88 percent of all Americans between the ages of 8 and 18 play video games, and that video game addiction is approximately four times as common among boys as it is among girls.

#6 At this point, 15-year-olds that attend U.S. public schools do not even rank in the top half of all industrialized nations when it comes to math or science literacy.

#8 According to a survey conducted by the National Geographic Society, only 37 percent of all Americans between the ages of 18 and 24 can find the nation of Iraq on a map.

#9 According to the New York Times, approximately 57 percent of all young people enrolled at U.S. colleges are women.

#10 It is being projected that women will earn 60 percent of all Bachelor’s degrees from U.S. universities by the year 2016.

#11 Even if they do graduate from college, most of our young men still can’t find a decent job.  An astounding 53 percent of all Americans with a bachelor’s degree under the age of 25 were either unemployed or underemployed during 2011.

#12 Pornography addiction is a major problem among our young men.  An astounding 30 percent of all Internet traffic now goes to pornography websites, and one survey found that 25 percent of all employees that have Internet access in the United States even visit sex websites while they are at work.

#13 In the United States today, 47 percent of all high school students have had sex.

#14 The United States has the highest teen pregnancy rate on the entire planet.  If our young men behaved differently this would not be happening.

#15 In the United States today, one out of every four teen girls has at least one sexually transmitted disease.  If our young men were not sex-obsessed idiots running around constantly looking to “score” these diseases would not be spreading like this.

#16 Right now, approximately 53 percent of all Americans in the 18 to 24 year old age bracket are living at home with their parents.

#17 According to one survey, 29 percent of all Americans in the 25 to 34 year old age bracket are still living with their parents.

#18 Young men are nearly twice as likely to live with their parents as young women the same age are.

#19 Overall, approximately 25 million American adults are living with their parents in the United States right now according to Time Magazine.

#21 Back in 1950, 78 percent of all households in the United States contained a married couple.  Today, that number has declined to 48 percent.

#22 Young men are about four times more likely to commit suicide as young women are.

So what do you think about this generation of young men in America?  Please feel free to post a comment with your thoughts below… 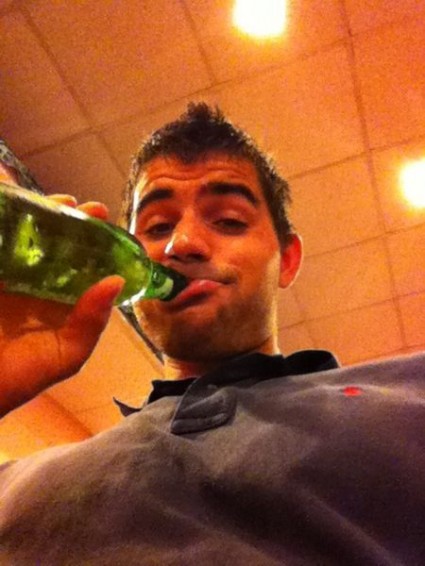