Will oil soon be traded in a currency that is thousands of years old?  What would a “gold for oil” system mean for the petrodollar and the U.S. economy?  Are Russia and China hoarding massive amounts of gold because they plan to kill the petrodollar?  Since the 1970s, the U.S. dollar has been the currency that the international community has used to trade oil around the globe.  This has created an overwhelming demand for U.S. dollars and U.S. debt.  But what happens when the rest of the globe starts rejecting the increasingly unstable U.S. dollar and figures out that gold can be used as a currency in international trade?  The truth is that it doesn’t take a lot of imagination to figure that out.  Demand for the U.S. dollar and U.S. debt would fall off the map and there would be a rush into gold unlike anything we have ever seen before.  So are Russia and China accumulating unprecedented amounts of gold right now because they eventually plan to cut the legs out from under the petrodollar and they want to gobble up huge stockpiles of gold before the cat is out of the bag?  Of course they will never admit this publicly, but there are rumblings out there that this is exactly what is happening.

Not that you can really blame any nation that wants to get into gold right now.  News outlets all over the globe are telling us that we are in the midst of a “currency war” as central banks all over the planet race to devalue their currencies.

So why would anyone want to be in paper in such an environment?

And of course the Federal Reserve is one of the biggest offenders.  The Fed has been printing money like it is going out of style, and nobody at the Fed or in the U.S. government really seems too concerned that all of this money printing could be endangering the petrodollar.

But the truth is that the Fed is endangering the petrodollar.  Just read some foreign news stories about the U.S. dollar.  They mock us for our reckless money printing.

In the end, our recklessness will make it very easy for the rest of the world to ditch the U.S. dollar.

At some point, it will happen.  In fact, there are persistent rumors that Russia and China actually intend to make it happen.

Many believe that this is the reason both nations have been hoarding so much gold recently.

Just check out how much gold Russia has been accumulating.  The following is from a recent Bloomberg article…

When Vladimir Putin says the U.S. is endangering the global economy by abusing its dollar monopoly, he’s not just talking. He’s betting on it.

Not only has Putin made Russia the world’s largest oil producer, he’s also made it the biggest gold buyer. His central bank has added 570 metric tons of the metal in the past decade, a quarter more than runner-up China, according to IMF data compiled by Bloomberg. The added gold is also almost triple the weight of the Statue of Liberty.

“The more gold a country has, the more sovereignty it will have if there’s a cataclysm with the dollar, the euro, the pound or any other reserve currency,” Evgeny Fedorov, a lawmaker for Putin’s United Russia party in the lower house of parliament, said in a telephone interview in Moscow.

And Russia’s gold hoarding appears to have accelerated last year.  According to one recent report, Russia added 3.2 million ounces of gold to their reserves in 2012 alone.

But of even greater concern is China.  Nobody really knows how much gold China has, because they do not tell us, but all indications point to the fact that Chinese gold hoarding has gone into overdrive.  The following is from a Zero Hedge article from a few months ago…

Because while earlier today we were wondering (rhetorically, of course) what China is doing with all that excess trade surplus if it is not recycling it back into Treasurys, now we once again find out that instead of purchasing US paper, Beijing continues to buy non-US gold, in the form of 68 tons in imports from Hong Kong in the month of June. The year to date total (6 months)? 383 tons. In other words, in half a year China, whose official total tally is still a massively underrepresented 1054 tons, has imported more gold than the official gold reserves of Portugal, Venezuela, Saudi Arabia, the UK, and so on, and whose YTD imports alone make it the 14th largest holder of gold in the world. Realistically, by now China, which hasn’t provided an honest gold reserve holdings update to the IMF in years, most certainly has more gold than the IMF, and its 2814 tons, itself. Of course, the moment the PBOC does announce its official updated gold stash, a gold price in the mid-$1000 range will be a long gone memory.

Everyone agrees that China seems to have an insatiable appetite for gold, but nobody can agree on exactly how much gold they actually have.  One recent estimate put China’s gold reserves at more than 7,000 tons of gold, but it could even be much higher than that.  Nobody really knows.

So what are Russia and China up to?

So for now, the U.S. dollar reigns supreme in international trade.  Sadly, even though most Americans greatly benefit from the petrodollar, most of them do not even know what it is.  For those that do not fully understand the petrodollar, the following is a good explanation of the petrodollar from a recent article by Christopher Doran…

This means that every country in the world that imports oil—which is the vast majority of the world’s nations—has to have immense quantities of dollars in reserve. These dollars of course are not hidden under the proverbial national mattress. They are invested. And because they are U.S. dollars, they are invested in U.S. Treasury bills and other interest bearing securities that can be easily converted to purchase dollar-priced commodities like oil. This is what has allowed the U.S. to run up trillions of dollars of debt: the rest of the world simply buys up that debt in the form of U.S. interest bearing securities.

And all of this has worked out very nicely for the United States.  It has created a massive demand for U.S. dollars and U.S. debt.

But what would happen if the rest of the world rejected the petrodollar system and adopted a “petrogold” system instead?

The crux of the non-US$ trade vehicle devised as a USDollar alternative will be the Gold Trade Note. It will enable peer-to-peer payments to be completed from direct account transfers independent of currency, and most importantly, not done through the narrow pipes and channels controlled by the bankers with their omnipresent SWIFT code system among the world of banks. The Gold Trade Note will act much like a Letter of Credit, serve as a short-term bill, and maybe even push aside the near 0% short-term USTreasury Bills that litter the banking landscape. Any bond or bill earning almost no interest is veritable clutter. The zero bound USTreasurys open the door in a big way for replacement by a better vehicle. The new trade notes will involve posted gold as collateral, whose entire system for trade usage will bear a massive gold core that also will include silver and platinum, maybe other precious metals. The idea is to avoid the FOREX systems, to avoid the USDollar, and to avoid the banks as much as possible in a peer-to-peer system that can be executed between parties holding Blackberry devices or simple PC to complete the payments on transactions. If Gold is ignored by the corrupt bankers, then Gold will be the center of the new trade system and the solution in providing a globally accepted USDollar alternative.

And Russia and China would greatly benefit from a petrogold system.

Today, Russia is the number one oil exporter on the planet.

China is the number two consumer of oil in the world, and at this point they are actually importing more oil from Saudi Arabia than the United States is.

Does it make sense that they should remain locked into a system that forces them to use U.S. dollars for all of their oil transactions?

And now Russia even has the number one oil company in the world.  The following is from a recent article by Marin Katusa…

Exxon Mobil is no longer the world’s number-one oil producer. As of yesterday, that title belongs to Putin Oil Corp – oh, whoops. I mean the title belongs to Rosneft, Russia’s state-controlled oil company.

Rosneft is buying TNK-BP, which is a vertically integrated oil company co-owned by British oil firm BP and a group of Russian billionaires known as AAR. One of the top-ten privately owned oil producers in the world, in 2010 TNK-BP churned out 1.74 million barrels of oil equivalent per day from its assets in Russia and Ukraine and processed almost half that amount through its refineries.

With TNK-BP in its hands, Rosneft will be in charge of more than 4 million barrels of oil production a day. And who is in charge of Rosneft? None other than Vladimir Putin, Russia’s resource-full president.

Gazprom, the Russian state gas company, already has Europe wrapped around its little finger. Russia supplies 34% of Europe’s gas needs, and when the under-construction South Stream pipeline starts operating, that percentage will increase. As if those developments weren’t enough, yesterday Gazprom offered the highest bid to obtain a stake in the massive Leviathan gas field off Israel’s coast.

Gazprom in control of Europe’s gas, Rosneft in control of its oil. A red hand stretching out from Russia to strangle the supremacy of the West and pave the way for a new world order– one with Russia at the helm.

Russia and China have a tremendous amount of leverage when it comes to energy.  What if they got together with a bunch of oil producing nations in the Middle East and decided to set up a system where oil is traded for gold?  Would not much of the rest of the world go along with such a system?

Of course if that happened the U.S. financial system would crash.  We would no longer be able to export our inflation to the rest of the globe and prices would rise dramatically.  Demand for U.S. government debt would go through the floor and interest rates on that debt and on everything else in our economy would skyrocket.  Economic activity would grind to a standstill and the financial markets would collapse.

And that would just be for starters.

Most Americans simply don’t understand that Russia and China have the power to collapse the U.S. economy by going to a gold for oil system.  All they have to do is pull the trigger.

The other day I wrote an article entitled “Show This To Anyone That Believes That ‘Things Are Getting Better’ In America” which discussed all of the reasons why the U.S. economy is already collapsing.  But as bad as things are now, this is nothing compared to what things will be like when the petrodollar dies.

So pay keen attention to anything in the news about Russia or China suggesting that oil should be traded for gold.  When Russia and China pull the trigger, things will get messy very quickly. 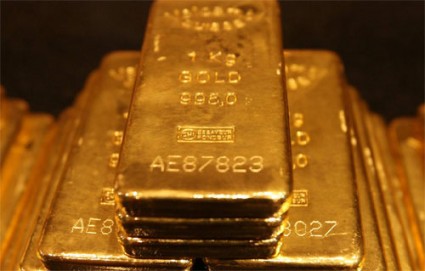