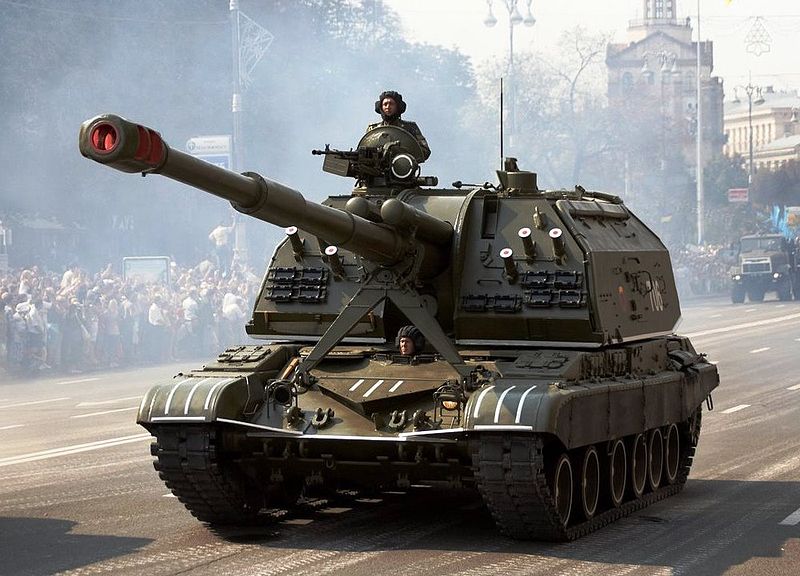 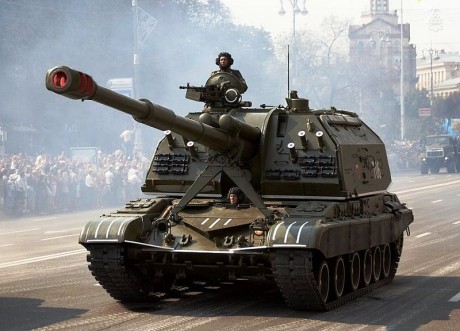 Are Russia and Turkey on the verge of going to war?  In remarks that were almost entirely ignored by the western media, Russian Foreign Minister Sergey Lavrov accused the Turkish government of being “secret allies” with ISIS on Friday.  And on Monday, the Russians announced that they would be attempting to seal the border between Syria and Turkey, and we also learned that the Russians have been rushing heavy artillery units into Syria.  As tensions between Russia and Turkey continue to escalate, could we be in danger of seeing World War III erupt in the Middle East?

The Russians have clearly become convinced that Turkey is at the core of the problems in Syria, and that is why the Russians now plan to completely seal Syria’s border with Turkey.  Lavrov seems to think that this will represent a giant step toward defeating terror groups such as ISIS…

“We are convinced that by blocking the border we will in many respects solve the tasks to eradicate terrorism on Syrian soil.”

And the Russians are right about this.  ISIS militants use Turkey as a home base, and it has been documented that Turkey has been “training ISIS militants, funneling weapons to them, buying their oil, and tending to their wounded in Turkish hospitals”.

It was already common knowledge that Turkey was doing all of these things, but now the Russian government is publicly accusing the Turkish government of being “secret allies” with ISIS.  When Lavrov chose to use these words on Friday, he knew exactly what he was saying…

“We think it highly cynical when some of the countries speak about their commitment to the corresponding United Nations Security Council resolutions and declare themselves members of anti-terrorist coalitions but in reality are playing a game where terrorists are allocated the role of secret allies,” Lavrov stressed. “We have more and more questions about Ankara’s real plans and the degree of its readiness to exterminate terrorism, in particular in Syria, and its commitment to the normalization of the situation in Syria.”

So why would Turkey want to be allies with ISIS?

Well, first of all the Turkish government hates the Assad regime in Syria and would love to see it eliminated.

Secondly, ISIS has been selling hundreds of millions of dollars worth of stolen oil in Turkey, and it has been alleged that the Turkish president’s own family is involved.

This was all supposed to be on the down low, but now the Russians are extremely angry and they are airing this dirty laundry for all the world to see.  On Monday, Vladimir Putin said that his government had “received additional information” that ISIS is shipping oil to Turkey on an “industrial scale”…

Russia has received additional intelligence confirming that oil from deposits controlled by Islamic State is moved through Turkey on an industrial scale, said Vladimir Putin. President Recep Erdogan said he will resign if this is confirmed.

Moscow has grounds to suspect that the Su-24 was downed by Turkish jets on November 24 to secure illegal oil deliveries from Syria to Turkey, he said speaking on the sidelines of the climate change summit in Paris on Monday.

“At the moment we have received additional information confirming that that oil from the deposits controlled by Islamic State militants enters Turkish territory on industrial scale,” he said.

“We have every reason to believe that the decision to down our plane was guided by a desire to ensure security of this oil’s delivery routes to ports where they are shipped in tankers,” Putin said.

And of course it isn’t just the Russians that are making these claims.

Mowaffak al Rubaie is a former member of the Iraqi Governing Council, and he says that sales of ISIS oil in Turkey have amounted to approximately 100 million dollars a month…

“In the last eight months ISIS has managed to sell … $800 million dollars worth of oil on the black market of Turkey. This is Iraqi oil and Syrian oil, carried by trucks from Iraq, from Syria through the borders to Turkey and sold …[at] less than 50 percent of the international oil price,” Mowaffak al Rubaie said in an interview with RT.

“Now this either get consumed inside, the crude is refined on Turkish territory by the Turkish refineries, and sold in the Turkish market. Or it goes to Jihan and then in the pipelines from Jihan to the Mediterranean and sold to the international market.”

“Money and dollars generated by selling Iraqi and Syrian oil on the Turkish black market  is like the oxygen supply to ISIS and it’s operation,” he added. “Once you cut the oxygen then ISIS will suffocate.”

You can’t sell 100 million dollars of stolen oil a month without the U.S. government knowing about it.

That means that Barack Obama has been fully aware of what has been going on, and he hasn’t told the American people the truth.

One of the reasons for his silence could be the fact that the president of Turkey’s own son has been involved.  Just check out what Syrian Information Minister Omran al-Zoubi said just the other day…

“All of the oil was delivered to a company that belongs to the son of Recep [Tayyip] Erdogan. This is why Turkey became anxious when Russia began delivering airstrikes against the IS infrastructure and destroyed more than 500 trucks with oil already. This really got on Erdogan and his company’s nerves. They’re importing not only oil, but wheat and historic artefacts as well.”

For much more on all of this, please see my previous article entitled “The Biggest Obama Scandal? He Knows That Turkey Is Buying Oil From ISIS And He Is Doing Nothing To Stop It“.

Previously, the Russians had promised not to commit ground forces in Syria, but now that appears to be changing.

According to Debka, the Russians have already deployed three battalions of 2S19 Msta-S self-propelled howitzers at this point…

First, a body of three battalions of 2S19 Msta-S self-propelled howitzers was deployed at Khmeimin and has already started pounding rebel lines and command centers in the area. This heavy artillery system, capable of firing 152mm bombs at a rapid pace, is a veteran of Russia’s former campaigns against Islamic terrorist groups, especially in the Russian war against Islamic rebels in Chechnya in the 1990s.

In addition to the 2S19 Msta-S self-propelled howitzers, the Russians have also brought in TOS-1 220mm multiple rocket launchers…

Another heavy weapons system that Russia brought to Syria in recent days is the TOS-1 220mm multiple rocket launcher. This system, which is mounted on the chassis of a T-72 tank, has been deployed near the embattled Syrian cities of Hama and Homs.

With each passing day, we seem to be inching ever closer to the start of World War III.

And it is important to keep in mind that if war does break out, Turkey is a member of NATO, and so the U.S. would be obligated by treaty to help defend the Turks.

So let’s keep a close eye on what is happening in the Middle East, because it could end up having tremendous implications for all of us.