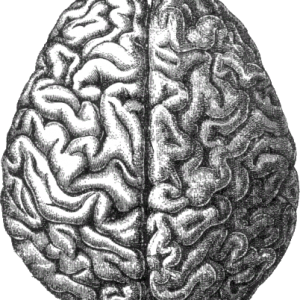 The numbers that you are about to see are likely to shock you.  They prove that the global financial Ponzi scheme is far more extensive than most people would ever dare to imagine.  As you will see below, the total amount of debt in the world is now more than three times greater than global GDP.  In other words, you could take every single good and service produced on the entire planet this year, next year and the year after that and it still would not be enough to pay off all the debt.  But even that number pales in comparison to the exposure that big global banks have to derivatives contracts.  It is hard to put into words how reckless they have been.  At the low end of the estimates, the total exposure that global banks have to derivatives contracts is 710 trillion dollars.  That is an amount of money that is almost unimaginable.  And the reality of the matter is that there is really not all that much actual “money” in circulation today.  In fact, as you will read about below, there is only a little bit more than a trillion dollars of U.S. currency that you can actually hold in your hands in existence.  If we all went out and tried to close our bank accounts and investment portfolios all at once, that would create a major league crisis.  The truth is that our financial system is little more than a giant pyramid scheme that is based on debt and paper promises.  It is literally a miracle that it has survived for so long without collapsing already.

When Americans think about the financial crisis that we are facing, the largest number that they usually can think of is the size of the U.S. national debt.  And at over 17 trillion dollars, it truly is massive.  But it is actually the 2nd-smallest number on the list below.  The following are 12 numbers about the global financial Ponzi scheme that should be burned into your brain…

–$75,000,000,000,000 – This is approximately the total exposure that German banking giant Deutsche Bank has to derivatives contracts.

–$236,637,271,000,000 – According to the U.S. government, this is the total exposure that the top 25 banks in the United States have to derivatives contracts.  But those banks only have total assets of about 9.4 trillion dollars combined.  In other words, the exposure of our largest banks to derivatives outweighs their total assets by a ratio of about 25 to 1.

Most people tend to assume that the “authorities” have fixed whatever caused the financial world to almost end back in 2008, but that is not the case at all.

In fact, the total amount of government debt around the globe has grown by about 40 percent since then, and the “too big to fail banks” have collectively gotten 37 percent larger since then.

Our “authorities” didn’t fix anything.  All they did was reinflate the bubble and kick the can down the road for a little while.

I don’t know how anyone can take an honest look at the numbers and not come to the conclusion that this is completely and totally unsustainable.

How much debt can the global financial system take before it utterly collapses?

How recklessly can the big banks behave before the house of cards that they have constructed implodes underneath them?

For the moment, everything seems fine.  Stock markets around the world have been setting record highs and credit is flowing like wine.

But at some point a day of reckoning is coming, and when it arrives it is going to be the most painful financial crisis the world has ever seen.

If you plan on getting ready before it strikes, now is the time to do so. 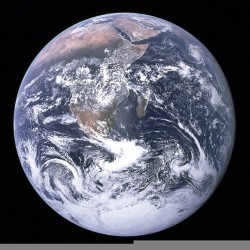 Any financial system that is based on debt is doomed to fail.  Today, we are living in the greatest debt bubble that the world has ever seen, and if all of a sudden people could not use credit to buy things our economy would immediately ground to a halt.  Unfortunately, no debt bubble can last forever.  When this current debt bubble finally bursts, faith in the financial system is going to disappear, credit is going to freeze up and there is going to be a massive wave of bank failures.  Right now, Greece is a warning sign for the world.  Nobody wants to lend money to Greece, the Greek banking system is dying, one out of every four businesses has already shut down, unemployment is soaring and the Greek economy has now been in recession for five years in a row.  Sadly, the economic implosion in Greece is rapidly accelerating.  The Greek economy shrunk at a 7 percent annual rate during the 4th quarter of 2011.  That wasn’t supposed to happen.  Things were supposed to be getting better in Greece by now.  But instead the Greek depression is getting even worse, and very soon the rest of the world is going to be going through what Greece is currently experiencing.

Unfortunately, most in the mainstream media are treating what is happening in Greece as an “isolated incident” rather than as a very serious warning sign for the world.

Thankfully, there are at least a few reporters out there that are realizing the gravity of the situation.  The following is how one reporter from the New York Times recently described what life is like in Greece now….

By many indicators, Greece is devolving into something unprecedented in modern Western experience. A quarter of all Greek companies have gone out of business since 2009, and half of all small businesses in the country say they are unable to meet payroll. The suicide rate increased by 40 percent in the first half of 2011. A barter economy has sprung up, as people try to work around a broken financial system. Nearly half the population under 25 is unemployed. Last September, organizers of a government-sponsored seminar on emigrating to Australia, an event that drew 42 people a year earlier, were overwhelmed when 12,000 people signed up. Greek bankers told me that people had taken about one-third of their money out of their accounts; many, it seems, were keeping what savings they had under their beds or buried in their backyards. One banker, part of whose job these days is persuading people to keep their money in the bank, said to me, “Who would trust a Greek bank?”

Greece is experiencing a full-blown economic collapse and nobody can see a light at the end of the tunnel at this point.

Deleveraging can be an extremely painful process.  Greece has been forced to try to reduce the size of its budget deficit, but every time it cuts government spending that causes economic activity (and thus government revenues) to slow down as well.

Now the EU and the IMF are demanding that even more very painful austerity measures be implemented in Greece even though Greece is already experiencing a full-blown depression.

Of course all of those cuts are going to make the short-term economic conditions in Greece even worse.

The rioting, looting and burning of buildings that we are witnessing right now in Greece is likely to continue for quite some time as exasperated citizens attempt to express their frustrations to politicians that simply do not seem to care.

According to the National Confederation of Greek Commerce, recent rioting resulted in damage to 153 businesses in Athens.  45 of those businesses were totally destroyed.

You can view some stunning footage of the current rioting in Greece right here.

Despite all of the austerity measures that have already been implemented, the truth is that Greece is very likely to default soon anyway.

There is a very good chance that the new austerity agreement that the Greek parliament just approved will never be implemented.  There are new elections scheduled for April and the current party in power is polling in the single digits.

The new Greek government is likely to look much different from the current one, and nobody knows for sure if the new government will follow through on any of the promises being made by the current government.

So there are all kinds of things that could go wrong with the “deals” that are currently being discussed.  The truth is that a Greek default in the coming months seems to become more likely by the day.

Some in the financial world almost seem eager for a Greek default.  The following is what Jon Moulton, the chairman of Better Capital, recently told CNBC….

“If I was Greek, I wouldn’t be going for these measures, I’d be going for default and getting it over with. Would you like two to three years of pain or 20?”

But a disorderly Greek default would not be a pleasant thing for the global economy at all.  A recent article in the Guardian detailed what some of the consequences of a Greek default and exit from the eurozone might be….

But default and “re-drachmatisation” would be a costly and chaotic process. In the long term the euro might be strengthened if some of its weaker members headed for the door. But in the short term banks across the eurozone might have to be closed to prevent a run on the single currency as investors speculated about which country might be next. A new wave of bank nationalisations would be likely to follow as lenders counted their losses on now worthless Greek debt.

Capital controls would have to be imposed and borders shut to stop money flooding out of Greece. Portugal, Italy and Spain would come under intense pressure from investors wary about the risk of another victim. Banks everywhere, already reluctant to lend, would cut back hard, nervous about their exposure to the bonds of all Europe’s crisis-hit states.

And the financial crisis in Europe is going to continue to spread well beyond Greece.  Moody’s Investors Service just downgraded the credit ratings of six European nations.  The following is how Bloomberg described the downgrades….

Countries such as Italy, Spain, Portugal, Ireland and Hungary are heading down the exact same road that Greece has gone.  Greece was the first one to experience a full-blown depression, but soon Greece will have a lot of company.

Greece is most definitely a warning sign for the world.  If you keep recklessly piling up debt, eventually a day of reckoning comes.  It is inevitable.

But Barack Obama does not seem to understand this.  He continues to pile another 150 million dollars on to our national debt every single hour.  He knows that cutting spending significantly right now would hurt the economy and that would significantly hurt his chances for another term.

Needless to say, Barack Obama is not likely to do anything that is going to significantly hurt his chances for another four years in the White House.

So we continue to roll on toward disaster.

The U.S. financial system is like a car with no brakes that is heading straight toward a 5,000 foot drop at 100 miles an hour.

It is all going to seem like fun and games to some people until we hit the canyon floor.

Once that happens, nobody will be laughing. 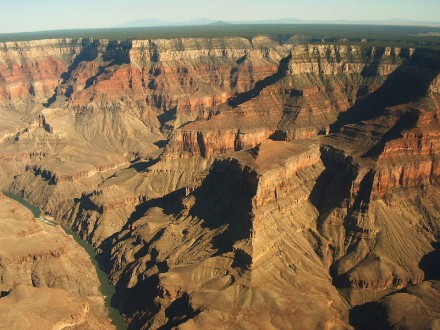