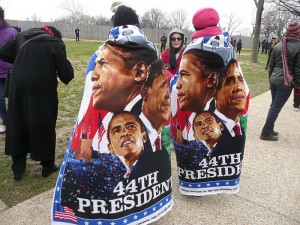 You better get ready, because there are a whole host of signs that economic trouble is on the horizon.  U.S. economic growth slipped into negative territory during the fourth quarter of 2012.  That was the first time that has happened in more than three years.  Several important measures of manufacturing activity have also contracted in recent weeks, and consumer confidence is way down.  There is a tremendous amount of economic pessimism in the air right now, and Americans are pulling enormous amounts of money out of our banks and they are buying up precious metals at unprecedented rates.  Meanwhile, our “leaders” seem very confused about what is happening.  For example, Senate Majority Leader Harry Reid continues to insist that we are “in a recovery“, and some other Democrats are calling the latest GDP numbers “the best-looking contraction in U.S. GDP you’ll ever see“.  On the other hand, the Federal Reserve says that economic growth has “paused” in recent months, and therefore a continuation of their latest quantitative easing scheme is necessary.  Well, no matter how hard any of them try to spin the numbers, there is no way that they are going to get them to look good.  Despite four years of outrageous “stimulus” spending by the federal government, despite four years of record low interest rates, and despite four years of unprecedented money printing by the Federal Reserve, the U.S. economy continues to perform miserably.  Later this year the federal government will probably finally acknowledge that we have entered another recession, even though the truth is that if the federal government used honest numbers they would indicate that we are already in one.  In any event, nobody should have ever expected that our debt-fueled prosperity would last forever.  When the debt bubble that we have been living in completely bursts, a “recession” will be the least of our worries.

Hopefully this little stretch of false economic hope that we have been living in will last for a little while longer.  I don’t think that too many people are very eager to repeat the horrible economic pain that we experienced back in 2008 and 2009.  Unfortunately, we never fully recovered from that last downturn and now the incredibly foolish decisions that our “leaders” continue to make have made another major economic downturn inevitable.

Personally, I would very much prefer for 2013 to be a year of peace and prosperity for America.  But at this point there appears to be a great deal of downward momentum for the economy.

#1 The mainstream media was absolutely shocked when it was announced that U.S. GDP actually contracted at an annual rate of 0.1 percent during the fourth quarter of 2012.  This was the first contraction that the official numbers have shown in more than three years.  But of course the truth is that the official numbers always make things appear better than they really are.  According to John Williams of shadowstats.com, U.S. GDP growth has actually been continuously negative all the way back to 2005 once you account “for distortions in government inflation usage and methodological changes that have resulted in a built-in upside bias to official reporting.”

#2 For the entire year of 2012, official U.S. GDP growth was only about 1.5%.  According to Art Cashin, every time economic growth has fallen that low (below 2 percent annually) the U.S. economy has always ended up going into a recession.

#3 According to the Conference Board, consumer confidence in the United States has hit its lowest level in more than a year.

#6 The U.S. Mint was on pace to sell more silver eagles during the first month of 2013 than it did during the entire year of 2007.  Why is so much silver being sold all of a sudden?

#7 The payroll tax hike that went into effect in January has reduced the paychecks of average American workers by about $100 a month.

#8 Several important measures of manufacturing activity along the east coast missed expectations by a huge margin in January.  The following summary is from a recent Zero Hedge article…

So much for the latest “recovery.” While everyone continued to forget that in the New Normal markets do not reflect the underlying economy in the least, and that the all time highs in the Russell 2000 should indicate that the US economy has never been better, things in reality took a deep dive for the worse, at least according to the Empire State Fed, the Philly Fed, and now the Richmond Fed, all of which missed expectations by a huge margin, and are now deep in contraction territory. Moments ago, the Richmond Fed reported that the Manufacturing Index imploded from a 9 in November, 5 in December and missed expectations of a 5 print at -12: this was the biggest miss to expectations since September 2009.

#9 An astounding 33 percent of all “subprime student loans” are at least 90 days past due.  Back in 2007, that number was only at 24 percent.  Could this be evidence that the student loan debt bubble is beginning to burst?

#10 Time Inc. has just announced that it will be eliminating hundreds of jobs.

#11 Blockbuster recently announced that they are closing hundreds of stores and eliminating about 3,000 jobs.

#12 Toy maker Hasbro has announced that the size of their workforce will be reduced by about 10 percent.

#13 According to a new Pew Research study that was just released, one out of every seven adults in the United States is financially supporting their kids and their parents at the same time.  Pew Research is calling it “the Sandwich Generation”.

#15 According to a different Gallup poll, Americans are now more pessimistic about where the U.S. economy will be five years from now than Gallup has ever recorded before.

So what is Barack Obama doing about all of this?

Actually, he is shutting down his much ballyhooed “Council on Jobs and Competitiveness”.  It last convened more than a year ago on Jan. 17th, 2012, and apparently Obama does not feel that it is needed any longer.

Of course we all know that it was just a political stunt to begin with.

Sadly, the truth is that both parties have been leading us down a road toward economic oblivion.  The past four years under Obama have been absolutely nightmarish, and even though the Republicans have been in control of the House for the last couple of years they have done very little to even slow him down.

For much more on the decline of the economy over the past four years, please see this article: “37 Statistics Which Show How Four Years Of Obama Have Wrecked The U.S. Economy“.

Yes, I tend to criticize Obama’s economic policies a lot, and rightfully so, but neither political party is willing to tell the American people the truth.

40 years ago, the total amount of debt in the U.S. economic system was less than 2 trillion dollars.

Today, the total amount of debt in the U.S. economic system has grown to more than 55 trillion dollars.

It hasn’t mattered which party has occupied the White House or which party has been in control of Congress.  The debt bubble that we have been living in has just continued to grow.

And all bubbles eventually pop.

The mainstream media is endlessly obsessed with the little fights that the Republicans and the Democrats are having, but they never talk about the bigger picture.

The prosperity that we are enjoying today is the result of the biggest debt binge in the history of the world.

We have stolen a giant mountain of money from our children and our grandchildren and we have destroyed their futures.

People can debate about whether the next “recession” has already started or not, but the truth is that what we are experiencing now is nothing compared to what is coming.

In the end, we will pay a great price for our decades of foolishness.

The U.S. economy is going to completely collapse, and the last few years have only been the very beginning of that process. 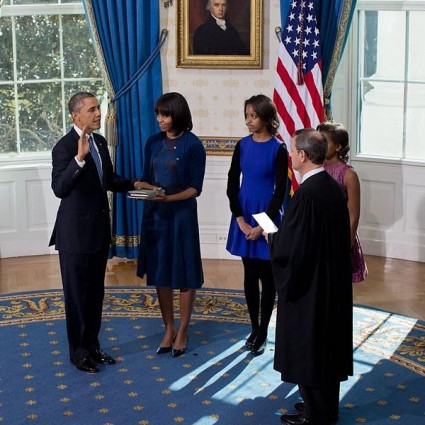