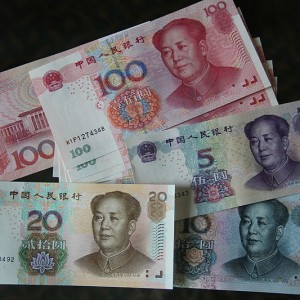 What in the world is China up to?  Why are the Chinese hoarding so much gold?  Does China plan to back the yuan with gold and turn it into a global reserve currency?  Could it be possible that China actually intends for the yuan to eventually replace the U.S. dollar as the primary reserve currency of the planet?  Most people in the western world assume that China just wants a “seat at the table” and is content to let the United States run the show.  But that isn’t the case at all.  The truth is that China doesn’t just want to compete with the United States.  Rather, China actually plans to replace the United States as the dominant economic power on the planet.  In fact, China already accounts for more global trade than the United States does.  So what would happen one day if China announced that it was backing the yuan with gold and that it would no longer be using the U.S. dollar in international trade?  It would cause a financial shift so cataclysmic that it is hard to even imagine.  Most of those that write about the “death of the U.S. dollar” usually fail to point out that China is holding a lot of the cards as far as the fate of the dollar is concerned.  China owns about a trillion dollars of our debt, China is the second largest economy on the planet, and nobody uses the dollar in international trade more than China does except for the United States.  Up until now, China has had to use the U.S. dollar in international trade because there has not been an attractive alternative.  But a gold-backed yuan would change all of that very rapidly.

And without a doubt, the Chinese government has already been very busy promoting the use of the yuan in international trade.  In a recent note, John McCormick of RBS Group stated the following…

Financial crises in the US and Europe mean the world needs a new, more stable global reserve currency, and trade in RMB is growing rapidly. In the FX market, for example, our figures show that volumes are now worth around USD 5-6 billion daily – double what they were a year ago.

A number of factors suggest that the Chinese authorities want to make RMB internationalisation happen by 2015.

For China, having a global reserve currency is not just about economics.  It is also about power.

China’s new leadership faces a number of problems. The country’s economy is slowing and, although we would expect the rate of GDP growth to pick up a little, it is unlikely to be a steep rebound.

But promoting RMB as a global reserve currency, with all the economic benefits that will bring in addition to exerting more political influence on the global stage, clearly remains high on their agenda.

Beijing is undertaking a long, gradual campaign to establish the yuan as a more market-oriented, international currency. China’s State Council, or cabinet, said in a statement this month that the country would draft a plan to allow the yuan to become fully convertible. Meanwhile, the People’s Bank of China is guiding the currency higher and set the median point of its permitted daily trading band last week at the strongest level ever.

We don’t hear much about these sorts of things in the western media, but the convertibility of the Chinese yuan is a very big deal.  Up until recently, the yuan was only directly convertible into dollars and yen.  But now that is rapidly changing.  So far this year, the Chinese government has entered into currency convertibility agreements with Australia and New Zealand.

So instead of having to change yuan into U.S. dollars to trade with Australia and New Zealand, now China can cut U.S. dollars completely out of the process.

But right now there is nothing that really gives the Chinese yuan a significant competitive edge over the U.S. dollar.  If Chinese authorities truly want the yuan to end up replacing the U.S. dollar as the primary reserve currency of the planet, they need to do something that will make the rest of the world want to use it.

And they could do that by backing the yuan with gold.  In fact, there are persistent rumors that China has been busily preparing for that.

For example, the Economic Policy Journal recently pointed out that Dr. Pippa Malmgren, the President and founder of Principalis Asset Management who once worked in the White House as an adviser to President Bush, is claiming that China has plans to turn the yuan into “a hard, gold-backed currency” that will have a distinct competitive edge over the rapidly depreciating paper currencies that the rest of the globe is currently using…

The most interesting piece of the puzzle is that the Chinese have emerged as the biggest buyers of gold, mainly off-market. They want the yuan to emerge as a hard, gold-backed currency in a world where everyone else has chosen to inflate and devalue.

The recent bilateral currency deals with Australia, France, Russia and Singapore, and many others, reflect this desire to displace the USD as the world’s reserve currency.

It may be an interesting and long race between the Chinese reaching for convertibility and the Western central banks straining credibility.

Other analysts are also fully convinced that the goal of the Chinese is a gold-backed yuan.  The following is what money manager Stephen Leeb told King World News recently…

Countries have been battling each other in order to cheapen their currencies. The problem with a cheaper currency is that commodities cost more. So China has decided to opt for a higher currency.

The move in the yuan overnight was one of the most significant upticks I have seen. Like I said, the yuan moved to an all-time high. The yuan has advanced roughly 5% against the US dollar in just nine months. China also imported over 200 tons of gold for the most recent month. That is an extraordinary number. At that rate that’s over 2,400 tons of gold per year on an annualized basis.

This simply speeds up the point at which China will be the largest gold holder in the world. China saw gold come down and they didn’t just buy on the dip, instead they bought as much as the market would give them. And, again, you see the yuan going up so that is making the price of gold even cheaper for the Chinese.

It’s only a matter of time before the Chinese back the yuan with gold. This will push the yuan front and center as a key element in terms of being part of the world’s reserve currency basket. China gets the message. They are doing whatever it takes to establish their dominance in the world, particularly in the commodity arena. Their currency is flying and they are importing as much gold as they possibly can.

And without a doubt, China has been hoarding massive amounts of gold.  Everyone agrees on that.  But what nobody knows is exactly how much gold China currently has stockpiled, because China is not telling anybody.

One recent estimate put China’s gold reserves at more than 7,000 tons of gold, but it could potentially be far higher than that.  When China does finally tell the rest of us how much gold they have, they will probably be just a move or two away from checkmate.

What we do know is that China is importing absolutely enormous amounts of gold right now even though China is also the number one gold producer on the planet.

According to Reuters, more than 223 tons of gold was imported into China from Hong Kong in March.  That smashed the previous record of 114 tons in December.

Overall, Chinese imports of gold from Hong Kong tripled in 2012, and the final number for 2013 is going to absolutely smash what we saw in 2012.

Obviously something is happening.

China is massively hoarding gold at the same time that it is trying to substantially raise the international influence of the yuan.

It doesn’t take a genius to see where all of this is headed.

If China does decide to back the yuan with gold and no longer use the U.S. dollar in international trade, it will have devastating effects on the U.S. economy.  Demand for the U.S. dollar and U.S. debt would drop like a rock, and prices on the things that we buy every day would soar.  At that point you could forget about cheap gasoline or cheap Chinese imports.  Our entire way of life depends on the U.S. dollar being the primary reserve currency of the world and being able to import things very inexpensively.  If the rest of the world (led by China) starts to reject the U.S. dollar, it would result in a massive tsunami of currency coming back to our shores and a very painful adjustment in our standard of living.  Today, most U.S. currency is actually used outside of the United States.  If someday that changes and we are no longer able to export our inflation that is going to mean big trouble for us.

So keep an eye on China, and look out for any news about the yuan.

It won’t happen next week or next month, but eventually we could see China back the yuan with gold.

When that happens, it is going to be a complete and utter financial disaster for the United States.