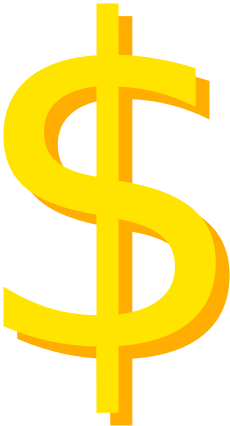 The fastest way to go broke in America is to go to the hospital.  These days it seems like almost everyone has an outrageous hospital bill story to share.  It is getting to the point where most people are deathly afraid to go to the hospital.  All the financial progress that you have made in recent years can literally be wiped out in just a matter of hours.  For example, you are about to read about an Arizona woman that was recently charged $83,046 for a 3 hour hospital visit.  How in the world is anyone supposed to pay a bill like that?  I have a really hard time understanding why a visit to the doctor should ever be more than a couple hundred bucks or why a hospital stay should ever be more than a couple thousand dollars.  Outrageous hospital bills are a real pet peeve of mine and I have not even been to the hospital in ages.  What makes all of this even more infuriating is that Medicare, Medicaid and the big insurance companies are often charged less than 10 percent of what the rest of us are billed for the same procedures.  There is a reason why 41 percent of all working age Americans are struggling with medical debt right now.  It is because our health care system has become a giant money making scam.  Millions of desperate Americans go into hospitals each year assuming that they will be treated fairly, but in the end they get stuck with incredibly outrageous bills and in many cases cruel debt collection techniques are employed against them if they don’t pay.

And considering the fact that over the next 20 years the number of Americans 65 years of age or older is projected to double that number is going to go even higher.

On a per capita basis we spend about twice as much on health care as anyone else in the world.

In fact, if the U.S. health care system was a nation it would be the 6th largest economy on the entire planet.

Our system is completely and totally broken, and Obamacare is going to make things far worse.  We need to throw the entire system out and start over.

A perfect example of why this is true is what happened when 52-year-old Marcie Edmonds went in to a hospital in Arizona recently to get treated for a scorpion sting….

What makes this even more shocking is that hospitals in Mexico only charge $100 per dose of Anascorp.

These days many hospitals will do whatever they can get away with on hospital bills.

One NBC News reporter was absolutely stunned at the bill that she received after she went in for neck surgery for degenerative disc disease recently….

Considering the fact that 77 percent of American families are living paycheck to paycheck at least part of the time, a single hospital bill like this can be a financial death blow.

If you have time, read this tragic story where one man was charged $11,000 and all he had was a case of bad indigestion.  Nothing was even wrong with him and now his family is going to have to declare bankruptcy.

Often medical bills are so complex and so confusing that nobody can really understand them.  A lot of the times this is probably done on purpose to keep people from understanding how badly they are being overcharged.  The following is from a recent article in the New York Times….

Hospital care tends to be the most confounding, and experts say the charges you see on your bill are usually completely unrelated to the cost of providing the services (at hospitals, these list prices are called the “charge master file”). “The charges have no rhyme or reason at all,” Gerard Anderson, director of the Center for Hospital Finance and Management at Johns Hopkins Bloomberg School of Public Health. “Why is 30 minutes in the operating room $2,000 and not $1,500? There is absolutely no basis for setting that charge. It is not based upon the cost, and it’s not based upon the market forces, other than the whim of the C.F.O. of the hospital.”

And those charges don’t really have any connection to what a hospital or medical provider will accept for payment, either. “If you line up five patients in their beds and they all have gall bladders removed and they get the same exact medication and services, if they have insurance or if they don’t have insurance, the hospital will get five different reimbursements, and none of it is based on cost,” said Holly Wallack, a medical billing advocate in Miami Beach. “The insurers negotiate a different rate, and if you are uninsured, underinsured or out of network, you are asked to pay full fare.”

It has been estimated that hospitals in the United States overcharge their patients by about 10 billion dollars every single year.

Medical bills are the number one reason why Americans file for bankruptcy.  As I mentioned earlier, approximately 41 percent of all working age Americans are struggling with medical debt.

And health insurance is not as much protection as you might think.  According to a report published in the American Journal of Medicine, of all bankruptcies caused by medical debt, approximately 75 percent of the time the people actually did have health insurance.

And if you can’t pay your bills, many hospitals will come after you ruthlessly.

If you don’t cough up the cash they are demanding you can even end up in prison.  The following example comes from CBS News….

How did breast cancer survivor Lisa Lindsay end up behind bars? She didn’t pay a medical bill — one the Herrin, Ill., teaching assistant was told she didn’t owe. “She got a $280 medical bill in error and was told she didn’t have to pay it,” The Associated Press reports. “But the bill was turned over to a collection agency, and eventually state troopers showed up at her home and took her to jail in handcuffs.”

Although the U.S. abolished debtors’ prisons in the 1830s, more than a third of U.S. states allow the police to haul people in who don’t pay all manner of debts, from bills for health care services to credit card and auto loans.

But why do these bills have to be so high?  It is not like many doctors are getting rich these days.  In fact, many of them are going broke.

So what is the deal?

Well, as a recent article by Dr. Paul Craig Roberts explained, there are a whole lot of people pulling profit out of the system other than just doctors these days….

There are two main reasons that US medicine is so expensive. One is that profits are piled upon profits. In addition to wages and salaries for doctors, nurses, and medical personnel, the American health care system has to provide profits for private hospitals, diagnostic centers, insurance companies, and for the accountants, attorneys and management consultants made necessary by the enormous litigation and regulatory compliance cost. American medicine is the most regulated in the world and the most criminalized.

And another big factor is that the rest of us have to make up the difference for the patients that are not profitable.

It has gotten to the point where some doctors in certain kinds of practices barely make any profit on Medicare and Medicaid patients.  In fact, in many cases doctors actually lose money treating them.

An article posted on medicalcostadvocate.com has some outrageous examples of the difference between what you and I are billed and what Medicare pays out for the exact same procedures….

So not only do we pay very high taxes to support Medicaid and Medicare, we also have to pay higher medical bills in order to make up the difference for the money that doctors and hospitals are not seeing from those patients.

Unfortunately, Medicaid and Medicare are expected to grow dramatically in the years ahead.

For example, it is now being projected that Obamacare will add 16 million more Americans to Medicaid.

How in the world can our current system possibly handle this?

And please don’t tell me that Obamacare is the answer.

The truth is that Obamacare is going to take everything that is wrong with our health care system and make it even worse.

For a good summary on this, please see this article.

In the years ahead it is going to get even harder for those that are not dependent on the government for health care….

-Approximately 10 percent of all employers plan to drop health insurance coverage entirely because of Obamacare.

-According to one recent poll, 83 percent of all doctors in the United States have considered quitting the profession because of Obamacare, and we were already projected to have a severe doctor shortage in the years ahead even before Obamacare came along.

We are heading into the greatest health care crisis the United States has ever seen, and none of our leaders seem to have any answers.

In a recent article entitled “11 Signs That The U.S. Health Care System Is Heading Straight Down The Toilet“, I detailed a lot more reasons why our health care system is a national disgrace.  If you can handle some more ranting I encourage you to go check that article out.

I am just absolutely disgusted with the condition of our health care system.  It is dominated by government bureaucrats, pharmaceutical corporations and the big health insurance companies.  It is a giant money making scam that seeks to drain as much money from the rest of us as possible.

So do you have a hospital bill horror story to share?  Please feel free to share your thoughts below…. 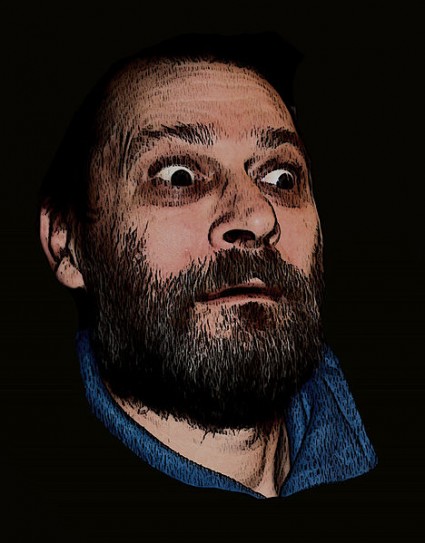