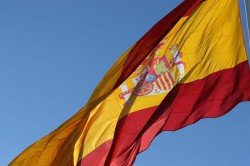 Where have we seen this before?  Bond yields soar above the 7 percent danger level.  Check.  The stock market crashes to new lows.  Check.  Industrial activity plummets like a rock and the economy contracts.  Check.  The unemployment rate skyrockets to more than 20 percent.  Check.  The bursting of a massive real estate bubble pushes the banking system to the brink of implosion.  Check.  Broke local governments beg the broke national government for bailouts.  Check.  The international community pressures the national government to implement deep austerity measures which will slow down the economy even more and hordes of violent protesters take to the streets.  Check.  All of this happened in Greece, it is happening right now in Spain, and mark my words it will eventually happen in the United States.  Every debt bubble eventually bursts, and right now Spain is experiencing a level of economic pain that very, very few people saw coming.  The recession in Spain is rapidly becoming a full-blown economic depression, and at this point there is no hope and no light at the end of the tunnel.

Financial markets all over the globe are very nervous right now because if the Spanish government ends up asking for a full-blown bailout it could spell the end for the eurozone.  There simply is not enough money to do the same kind of thing for Spain that is being done for Greece.

Of course European officials are going to do their best to keep the eurozone from collapsing, but what they have completely failed to do is to keep these countries from falling into depression.

As I have written about previously, Greece has already been in an economic depression for some time.

I warned that Spain, Italy, Portugal and a bunch of other European nations were going down the exact same path.

Now we are watching a virtual replay of what happened in Greece take place in Spain.

Unfortunately, the global financial system may not be able to handle a complete implosion of the Spanish economy.

The following are 12 signs that Spain is shifting gears from recession to depression….

#1 At one point on Monday, the IBEX stock market index fell to 5,905, which was the lowest level in nearly ten years.  When it hit 5,905 that represented a drop of about 12 percent over just two trading days.  If that happened in the United States, it would be the equivalent of the Dow falling by about 1500 points in 48 hours.

#3 Spain has banned many forms of short selling for 3 months.

#4 The yield on 10 year Spanish bonds is now well above the 7 percent “danger level”.

#7 Local governments all over Spain are flat broke and need to be bailed out by the broke national government.  The following is from a recent CNBC article….

Adding to Madrid’s woes, media reports suggested another half a dozen of Spain’s 17 regional authorities, facing an undeclared funding crisis, were ready to follow Valencia in seeking aid from the central government.

#8 The percentage of bad loans on the books of Spanish banks has reached an 18 year high.  European officials have already promised a 100 billion euro bailout for Spain’s troubled banking system, but most analysts agree that 100 billion euros will not be nearly enough.

#9 Spanish industrial output declined for the ninth month in a row in May.

#11 The youth unemployment rate in Spain is now over 52 percent.

#12 The Spanish government has just announced a whole bunch of new tax increases and spending cuts which will cause the Spanish economy to slow down even more.  In response to these austerity measures, people are taking to the streets all over Spain.  Last week, 100,000 demonstrators poured into the streets to protest in Madrid alone.

Sadly, the nightmare in Spain is just beginning.

If the yield on 10 year Spanish bonds stays above 7 percent, that is going to be a really bad sign.  According to the Wall Street Journal, the 7 percent level is key as far as investor confidence is concerned….

Monday’s dramatic market moves suggest Spain may be stuck in a spiral that culminates in a bailout from other euro-zone countries.

“The rise in the 10-year yield well beyond 7% carries a very distinct reminder of events in Greece in April 2010, Ireland in October 2010 and Portugal in February 2011,” said analysts at Bank of New York Mellon. “In each case, a decisive move beyond 7% signaled the start of a collapse in investor confidence that, in each case, led to a bailout within weeks,” they added.

So keep an eye on that number in the weeks ahead.

Meanwhile, the Spanish economy continues to get worse with each passing month.

So just how bad are things in Spain right now?

Just check out this excerpt from a recent article by Mark Grant….

Recently two noted Spanish economists were interviewed. One was always an optimist and one was always a pessimist. The optimist droned on and on about how bad things were in Spain, the dire situation with the regional debt, the huge problems overtaking the Spanish banks and the imminent collapse of the Spanish economy. In the end he said that the situation was so bad that the Spanish people were going to have to eat manure. The pessimist was shocked by the comments of his colleague who had never heard him speak in such a manner. When it was the pessimist’s turn to speak he said that he agreed with the optimist with one exception; the manure would soon run out.

That may make you laugh, but for those in Europe going through these horrific economic conditions it is no laughing matter.

The only reason the Greek financial system has not totally collapsed is because of outside assistance, but now there are indications that the assistance may soon be cut off.

At this point there are persistent rumors that the IMF does not plan to give any more aid money to Greece unless Greece “shapes up”.

Meanwhile, the suffering in Greece just gets worse and worse.

Sadly, most Americans pay very little attention to what is going on in Greece and Spain.

Most Americans just assume that we will always have “the greatest economy on earth” and that we can take prosperity for granted.

Unfortunately, the truth is that the United States already has more government debt per capita than either Greece or Spain does.

Just like Greece and Spain, we are also rapidly traveling down the road to economic oblivion, and depression-like conditions will arrive in this country soon enough.

So enjoy these last months of economic prosperity while you still can.

A whole lot of pain is on the horizon. 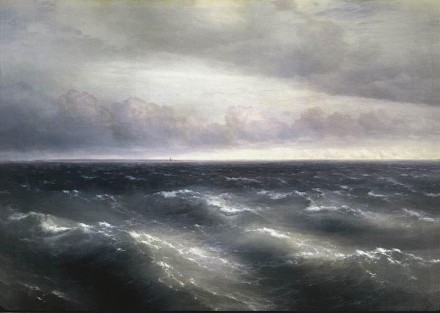