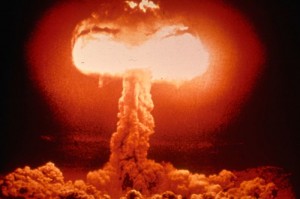 Is the financial collapse of Italy going to be the final blow that breaks the back of Europe financially?  Most people don’t realize this, but Italy is actually the third largest debtor in the entire world after the United States and Japan.  Italy currently has a debt to GDP ratio of more than 120 percent, and Italy has a bigger national debt than anyone else in Europe does.  That is why it is such a big deal that Italian voters have just overwhelmingly rejected austerity.  The political parties led by anti-austerity candidates Silvio Berlusconi and Beppe Grillo did far better than anticipated.  When you combine their totals, they got more than 50 percent of the vote.  Italian voters have seen what austerity has done to Greece and Spain and they want no part of it.  Unfortunately for Italian voters, it has been the promise of austerity that has kept the Italian financial system stable in recent months.  Now that Italian voters have clearly rejected austerity, investors are fearing that austerity programs all over Europe may start falling apart.  This is creating quite a bit of panic in European financial markets right now.  On Tuesday, Italian stocks had their worst day in 10 months, Italian bond yields rose by the most that we have seen in 19 months, and the stocks of the two largest banks in Italy both fell by more than 8 percent.  Italy is already experiencing its fourth recession since 2001, and unemployment has been steadily rising.  If Italy is now “ungovernable”, as many are saying, then what does that mean for the future of Italy?  Will Italy be the spark that sets off financial armageddon in Europe?

All of Europe was totally shocked by the election results in Italy.  As you can see from the following excerpt from a Bloomberg article, the vote was very divided and the anti-austerity parties did much better than had been projected…

The results showed pre-election favorite Pier Luigi Bersani won the lower house with 29.5 percent, less than a half a percentage point ahead of Silvio Berlusconi, the ex-premier fighting a tax-fraud conviction. Beppe Grillo, a former comedian, got 25.6 percent, while Monti scored 10.6 percent. Bersani and his allies got 31.6 percent of votes in the Senate, compared with 30.7 percent for Berlusconi and 23.79 percent for Grillo, according to final figures from the Interior Ministry.

So what do those election results mean for Italy and for the rest of Europe?

Right now, there is a lot of panic about those results.  There is fear that what just happened in Italy could result in a rejection of austerity all over Europe…

“I think the election results (or lack thereof) are a negative for the euro, which will likely keep the currency pressured for some time,” Omer Esiner, chief market analyst for Commonwealth Foreign Exchange, told me. But it’s not just the political uncertainty in Italy, he adds. “The shocking gains made by anti-establishment parties in Italy signal a broad-based frustration with austerity among voters and a decisive rejection of the policies pushed by Germany in nations across the euro zone’s periphery. That theme revives unresolved debt crisis issues and could threaten the continuity of reforms across other countries in the euro zone.”

And the financial markets have clearly interpreted the election results in Europe as a very bad sign.  Zero Hedge summarized some of the bad news out of Europe that we saw on Tuesday…

Swiss 2Y rates turned negative once again for the first time in a month; EURUSD relatively flatlined around 1.3050 (250 pips lower than pre-Italy); Europe’s VIX exploded to almost 26% (from under 19% yesterday); and 3-month EUR-USD basis swaps plunged to their most liquidity-demanding level since 12/28. Spain and Italy (and Portugal) were the most hurt in bonds today as 2Y Italian spreads broke back above 200bps (surging over 50bps casting doubt on OMT support) and 3Y Spain yields broke above 3% once again. The Italian equity market suffered its equal biggest drop in 6 months falling back to 10 week lows (and down 14% from its end-Jan highs). Italian bond yields (and spreads) smashed higher – the biggest jump in 19 months as BTP futures volume exploded in the last two days.

Not that things in Europe were going well before all this.

In fact, the UK was just stripped of its prized AAA credit rating.  That was huge news.

In Spain, a major real estate company, Reyal Urbis, collapsed last week, leaving already battered banks on the hook for millions of euros in losses. Meanwhile, the government faces a corruption scandal and a steady stream of anti-austerity demonstrations. Thousands of people took to the streets again on Saturday, protesting deep cuts to health and other services, as well as hefty bank bailouts.

Life is no better in a large swath of the broader EU. In Britain, Moody’s cited the continuing economic weakness and the resulting risks to the government’s tight fiscal policy for its rating cut. In Bulgaria, where the government fell last week and the economy is in a shambles, rightists who joined mass demonstrations across the country burned a European Union flag and waved anti-EU banners. Other austerity-minded governments in the EU face similar murky political futures.

At this point, Europe is a complete and total economic mess and things are rapidly getting worse.

And that is really bad news because Europe is already in the midst of a recession.  In fact, according to the BBC, the recession in the eurozone got even deeper during the fourth quarter of 2012…

The eurozone recession deepened in the final three months of 2012, official figures show.

The economy of the 17 nations in the euro shrank by 0.6% in the fourth quarter, which was worse than forecast.

It is the sharpest contraction since the beginning of 2009 and marks the first time the region failed to grow in any quarter during a calendar year.

The truth is that government debt is not even the greatest danger that Europe is facing.  In reality, a collapse of the European banking system is of much greater concern.

Well, how would you feel if you woke up someday and every penny that you had in the bank was gone?

In the U.S. we don’t have to worry about that so much because all deposits are insured by the FDIC, but in many European countries things work much differently.

For example, just check out what Graham Summers recently had to say about the banking system in Spain…

It’s a little known fact about the Spanish crisis is that when the Spanish Government merges troubled banks, it typically swaps out depositors’ savings for shares in the new bank.

So… when the newly formed bank goes bust, “poof” your savings are GONE. Not gone as in some Spanish version of the FDIC will eventually get you your money, but gone as in gone forever (see the above article for proof).

This is why Bankia’s collapse is so significant: in one move, former depositors at seven banks just lost virtually everything.

And this in a nutshell is Europe’s financial system today: a totally insolvent sewer of garbage debt, run by corrupt career politicians who have no clue how to fix it or their economies… and which results in a big fat ZERO for those who are nuts enough to invest in it.

Be warned. There are many many more Bankias coming to light in the coming months. So if you have not already taken steps to prepare for systemic failure, you NEED to do so NOW. We’re literally at most a few months, and very likely just a few weeks from Europe’s banks imploding, potentially taking down the financial system with them. Think I’m joking? The Fed is pumping hundreds of BILLIONS of dollars into EU banks right now trying to stop this from happening.

But if you want to believe that the “experts” in Europe and in the United States have “everything under control”, then you might as well stop reading now.

After all, they are very highly educated and they know what they are doing, right?

But if you want to listen to some common sense, you might want to check out this very ominous warning from Karl Denninger…

Congress has wasted the time it was given by the Europeans getting things “temporarily” under control.  But they didn’t actually get anything under control, as the Italian elections just showed.

Now, with the budget over there at risk of being abandoned, and fiscal restraint being abandoned (note: exactly what the US has been doing) the markets are recognizing exactly the risk that never in fact went away over the last couple of years.

Bernanke’s machinations and other games “gave” the Congress four years to do the right thing.  They didn’t, because that same “gift” also destroyed all market signals of urgency.

As such you have people like Krugman and others claiming that it’s all ok and that we can spend with wild abandon, taking our fiscal medicine never.

Congress is out of time; as I noted the deficit spending must stop now, irrespective of the fact that it will cause significant economic damage.

For the past couple of years, authorities in the U.S. and in Europe have been trying to delay the coming crisis by kicking the can down the road.

By doing so, they have been making the eventual collapse even worse.

And now time is running out. 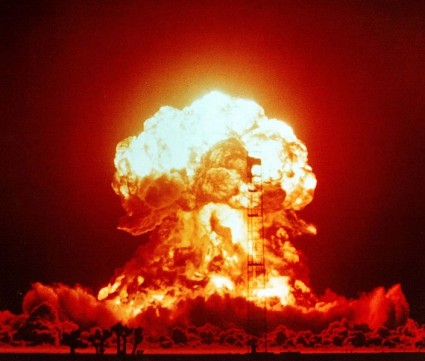