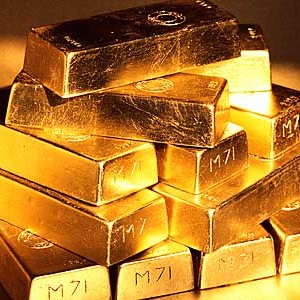 For a long time many of us have had very serious suspicions that the prices of gold and silver were being highly manipulated. But now, thanks to the mind blowing testimony of one very brave whistle blower, the blatant manipulation of the world gold and silver markets is being blown wide open.  What you are about to read below is absolutely staggering.  Once the American people learn how incredibly corrupt the world financial system is, it is going to change everything.  The government that we are all trusting to guard the integrity of the financial system is failing to do that job.  It turns out that the Commodities Futures Trading Commission has been sitting on solid evidence that the elite banking powers have been openly and blatantly manipulating the price of gold and silver.  Even though they were basically handed a “smoking gun”, they have done absolutely nothing with it.  But now the information has gone public and the CFTC is red-faced.

Back in November 2009, Andrew Maguire, a former Goldman Sachs silver trader in Goldman’s London office, contacted the CFTC’s Enforcement Division and reported the illegal manipulation of the silver market by traders at JPMorgan Chase.

Maguire told the CFTC how silver traders at JPMorgan Chase openly bragged about their exploits – including how they sent a signal to the market in advance so that other traders could make a profit during price suppression episodes.

Traders would recognize these signals and would make money shorting precious metals alongside JPMorgan Chase.  Maguire explained to the CFTC how there would routinely be market manipulations at the time of option expiries, during non-farm payroll data releases, during commodities exchange contract rollovers, as well as at other times if it was deemed necessary.

On February 3rd, Maguire gave the CFTC a two day warning of a market manipulation event by email to Eliud Ramirez, who is a senior investigator for the CFTC’s Enforcement Division.

Because of Maguire’s warning, the CFTC was able to watch a crime unfold, right in front of their eyes, in real time.

So what did the CFTC do about it?

Which is extremely alarming, because the size of this fraud absolutely dwarfs the Madoff or Enron scandals.  In fact, this fraud is so gigantic that it is not even worth comparing to any of the other major financial scandals of recent times.

But Maguire did not give up.  He sent several more emails to the CFTC detailing the open manipulation of the gold and silver markets.

The CFTC did not reply.

The reply by the CFTC?

“I have received and reviewed your email communications. Thank you so very much for your observations.”

No acknowledgement that anything was wrong.

No recognition that a massive crime had been committed.

Fortunately, that was not the end of it.

On March 25th, the CFTC held a hearing on alleged manipulation in the gold market by the major banking powers.

Maguire wanted to testify during that hearing but he was not invited.

But William Murphy, chairman of Gold Anti-Trust Action (GATA), was invited to testify.  GATA has been compiling data on the manipulation of the gold and silver markets for quite a long time now.

Murphy was only given five minutes to deliver his testimony.  He raced through his presentation so that he could get as much information on the record as possible.

Well, it turns out that there were are lot of coincidences surrounding this hearing.

But we’ll get to that in a minute.

When Murphy finished his statement, the panel asked him for some hard proof of market manipulation.  Murphy shocked the panel by revealing the name of Maguire and explaining how Maguire had informed the CFTC Enforcement Division of the market manipulation that was taking place by JPMorgan Chase.  The CFTC panel seemed stunned by the revelation and seemed reluctant to learn any further and asked nothing else about it.

Video of Murphy’s revelation to the panel is posted below….

In another “coincidence”, Maguire and his wife were subsequently injured and hospitalized when their car was struck by a hit-and-run driver in the London suburbs.

When a bystander who saw the “accident” tried to block the other driver from getting away, the other driver accelerated directly towards the witness, forcing him to leap out of the way to avoid being hit.  The hit-and-run driver’s car then hit two additional cars as he left the area.

But Maguire and his wife were fortunate.

In the past, other would-be whistle blowers that had evidence regarding the manipulation in the gold and silver markets died in “unusual accidents” before they were able to bring their evidence to light.

But there were even more “coincidences” surrounding this hearing.

A week before the hearing, the CFTC announced that they had had a fire in the room where its gold and silver records are held.

In addition, after the hearing was over, Murphy was contacted by a number of major media outlets for interviews.

Within 24 hours, every single interview was cancelled.

Is that a coincidence too?

It appears that some very powerful people do not want this information to get out.

It also shows how corrupt the mainstream media has become.

This is a story that is so much bigger than the Madoff scandal or the Enron scandal that it is not even funny.

And yet the mainstream media is avoiding it like the plague.

But there were additional bombshells that came out during the hearing as well.

These massive short positions have put some of the largest financial institutions in the world in an extremely vulnerable position.

In addition, it has now come out that most “gold” that is traded is not backed by the actual metal itself.  For years, most people have assumed that the London Bullion Market Association (LBMA), the world’s largest gold market, had actual gold to back up the massive “gold deposits” at the major LBMA banks.

But that is not the case.

People are now realizing that there is very little actual gold in the LBMA system.

When people think they are buying “gold”, they are actually just buying pieces of paper that say they own gold.

In fact, during the CFTC hearings, Jeffrey Christian of CPM Group confirmed that the LBMA banks actually have approximately a hundred times more gold deposits than actual gold bullion.

So what happens if everyone decides that they want actual physical delivery of their gold?

It would be such a mess that it is painful even to think about it.

The truth is that right now most of the trading activities on the London exchange are just paper for paper.

But people get into gold because they want to be in a real commodity.

In fact, there are thousands of clients around the globe who think they own huge deposits of gold bullion, and are being charged large storage fees on that imaginary bullion, but what they really own are a bunch of pieces of paper.

If there comes a time when everyone starts asking for their gold it is going to create a squeeze of unimaginable proportions.

Maguire explains this situation this way: “for 100 customers who show up there is only one guy who is going to get his gold or silver and there’s 99 who will be disappointed, so without any new money coming into the market, just asking for that gold and silver will create a default.”

The truth is that it is absolutely impossible for the LBMA to ever deliver all the gold and silver owed to the owners of contracts.

Yes, it is a gigantic mess.

But this type of things is not entirely unprecedented.  For example, Morgan Stanley paid out several million dollars back in 2007 to settle claims that it had charged 22,000 clients storage fees on silver bullion that did not exist.

But the scale of the fraud going on now is absolutely mind blowing.  The following video contains footage from the hearing related to these issues….

The bottom line is that the precious metals markets are cesspools of fraud and manipulation.

The markets have been suppressed by the major financial institutions for years, and this has created the potential for a “squeeze” in the precious metals markets that could send the prices of gold and silver into the stratosphere.

You see, the reality is that there would be no gold left in the entire world if all the Gold ETFs (Exchange Traded Funds) asked for physical delivery.

In fact, Maguire claims that the naked short selling scam by the major financial institutions is well into the trillions of dollars, making it by far the biggest financial fraud in history.

Maguire calls what has been going on “financial terrorism”, and he accuses the financial institutions involved in this fraud of “treason” for putting national security at risk.

And national security is at risk.

Because if the true extent of this fraud comes out, it could collapse the entire financial system.

If you have never heard an interview with Andrew Maguire, we encourage you to listen to the audio interview posted below.  It will really open your eyes to what is going on in the precious metals markets….

This is one of the biggest financial stories of the decade.  Because it is complex, most Americans will not understand it.  But the fraud and manipulation in the gold and silver markets has the potential to cause a massive economic collapse even without all of the other factors talked about on this blog.

Some very powerful people have been doing some really, really bad things.  Once people understand the truth, they will never look at the financial markets the same way again.  Already, faith in the major financial institutions of this country has been shaken by revelations about what has been going on over at Goldman Sachs.  The American people have no more appetite for any more financial scandals or for any more Wall Street bailouts.  But if the fraud and manipulation taking place in the precious metal markets ever gets totally exposed it will change the U.S. financial system forever.

Please get this information out to as many people as you can.  There are a number of very powerful people who are not going to be pleased that sites like this are attempting to get the truth about this massive scandal out.