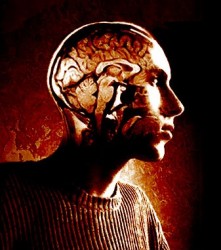 When most people think of “Big Brother”, they think of the FBI, the CIA, the NSA, the Department of Homeland Security and other shadowy government agencies.  Yes, they are definitely watching you, but so are many big corporations.  In fact, there are some companies that are making tens of millions of dollars by gathering every shred of information about all of us that they can and selling it for profit to anyone willing to pay the price.  It is called “data mining”, and these data miners want to keep track of literally everything that you do.  Most people know that basically everything that we do on the Internet is tracked, but data mining goes far beyond that.  When you use a customer rewards card at the supermarket, the data miners know about it.  When you pay for a purchase with a credit card or a debit card, the data miners know about it.  Every time you buy a prescription drug, that information is sold to someone.  Every time you apply for a loan, a whole host of organizations is notified.  Information has become an extremely valuable commodity, and thanks to computers and the Internet it is easier to gather information than ever before.  But that also means that our personal information is no longer “private”, and this trend is only going to get worse in the years ahead.

Almost every single day, very personal information about you is being bought and sold without your permission and it is all perfectly legal.

A recent article in The Week says the following about Acxiom….

An Arkansas company you’ve probably never heard of knows more about you than some of your friends, Google, and even the FBI — and it’s selling your data

The scale of the information gathering that Acxiom does is absolutely mind blowing.  If you can believe it, Acxiom actually keeps track of more than 190 million people inside the United States….

The company fits into a category called database marketing. It started in 1969 as an outfit called Demographics Inc., using phone books and other notably low-tech tools, as well as one computer, to amass information on voters and consumers for direct marketing. Almost 40 years later, Acxiom has detailed entries for more than 190 million people and 126 million households in the U.S., and about 500 million active consumers worldwide. More than 23,000 servers in Conway, just north of Little Rock, collect and analyze more than 50 trillion data ‘transactions’ a year.

So what does Acxiom want to know about you?

The following is from a recent New York Times article about Acxiom….

It peers deeper into American life than the F.B.I. or the I.R.S., or those prying digital eyes at Facebook and Google. If you are an American adult, the odds are that it knows things like your age, race, sex, weight, height, marital status, education level, politics, buying habits, household health worries, vacation dreams — and on and on.

Companies such as Acxiom literally want every shred of information about you that they can possibly get.

Once they gather all that data, Acxiom analyzes it, packages it and sells it to large corporations such as Wells Fargo, HSBC, Toyota, Ford and Macy’s.

And being in the “Big Brother business” is very, very profitable.

Acxiom made more than 77 million dollars in profits during their latest fiscal year.

Some members of Congress are very alarmed by all of this.  According to U.S. Senator John Kerry, this industry is virtually unregulated….

“There’s no code of conduct. There’s no standard. There’s nothing that safeguards privacy and establishes rules of the road.”

So what do big corporations do with all of this data after they purchase it from companies like Acxiom?

Well, for one thing, they use it to try to predict how you will behave.  A Daily Beast article gave some examples of how this works….

Predicting people’s behavior is becoming big business—and increasingly feasible in an era defined by accessible information. Data crunching by Canadian Tire, for instance, recently enabled the retailer’s credit card business to create psychological profiles of its cardholders that were built upon alarmingly precise correlations. Their findings: Cardholders who purchased carbon-monoxide detectors, premium birdseed, and felt pads for the bottoms of their chair legs rarely missed a payment. On the other hand, those who bought cheap motor oil and visited a Montreal pool bar called “Sharx” were a higher risk. “If you show us what you buy, we can tell you who you are, maybe even better than you know yourself,” a former Canadian Tire exec said.

I don’t know about you, but I find that a bit creepy.

Later on in that same article, how some U.S. companies are using this kind of information was explained….

Other industries have bolstered their bottom lines by predicting how consumers will behave, according to Super Crunchers. UPS predicts when customers are at risk of fleeing to one of its competitors, and then tries to prevent the loss with a telephone call from a salesperson. And with its “Total Rewards” card, Harrah’s casinos track everything that players win and lose, in real time, and then analyze their demographic information to calculate their “pain point”—the maximum amount of money they’re likely to be willing to lose and still come back to the casino in the future. Players who get too close to their pain point are likely to be offered a free dinner that gets them off the casino floor.

So is all of this data gathering harmless?

Does it simply make our economy more efficient?

Or is there a greater danger here?

At some point could all of our personal information be used for more insidious purposes?

One thing is for sure – this is a trend that is not going away any time soon.

As our society becomes even more integrated through the Internet, data gathering is going to become even more comprehensive.

Eventually these complicated computer algorithms will be able to make very detailed predictions about your future behavior with a very, very high degree of accuracy.

When you add government snooping into the equation, it becomes easy to see why privacy advocates are going crazy these days.

Our society is literally being transformed into a technological monitoring grid.  Virtually everything we do is monitored, tracked and recorded in some way.

If we are not very careful, eventually we could end up living in a society that is much more oppressive than anything George Orwell ever dreamed of.

So what do you think of all of this snooping, spying and data mining? 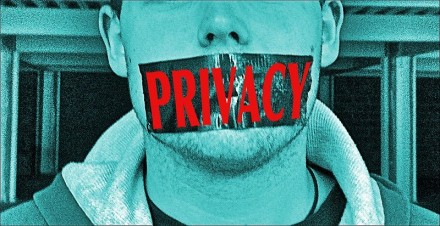