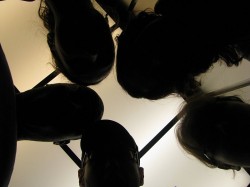 In the United States today, unemployment among those age 18 to age 34 is at epidemic levels and the number of young adults that are now living at home with Mom and Dad is at an all-time high.  So why are so many of our young adults jobless?  Why are record numbers of them unable or unwilling to move out on their own?  Well, there are quite a few factors at work.  Number one, our education system has completely and totally failed them.  As I have written about previously, our education system is a joke and most high school graduates these days are simply not prepared to function at even a very basic level in our society.  In addition, college education in the United States has become a giant money making scam that leaves scores of college graduates absolutely drowning in debt.  Many young adults end up moving back in with Mom and Dad because they are drowning in so much debt that there are no other options.  Thirdly, the number of good jobs continues to decline and this is hitting younger Americans the hardest.  Millions of young people enter the workforce excited about the future only to find that there are hordes of applicants for the very limited number of decent jobs that are actually available.  So all of this is creating an environment where more young adults are financially dependent on their parents that ever before in modern American history.

Since the start of the recession, the percentage of young adults in America that are employed has dropped like a rock.  In 2007, the employment rate for Americans between the ages of 18 and 24 was 62.4 percent.  Today, it is down to 54.3 percent.

Yes, there are certainly many out there that are lazy, but the truth is that most of them would like to work if they could.  It is just that it is much harder to find a job these days.

And it isn’t just young people that think that the job market has gotten tougher.  According to one recent survey, 82 percent of all Americans believe that it is harder for young adults to find jobs today than it was for their parents to find jobs.

But if they cannot get jobs, then young adults cannot financially support themselves.  So more of them than ever are heading back home to live with Mom and Dad.

Take a moment and let those statistics sink in.

Nearly one out of every five American men from age 25 to age 34 are living at home with Mommy and Daddy.

Those are very frightening numbers.

Part of this has to do with a fundamental cultural shift.  An increasing number of parents these days expect that they will have to take care of their own children beyond the age of 22.  The following is from a recent article by Pew Research….

But what accounts for the tremendous gender disparity that we see in the figures above?

Well, one major factor is that young women are now far more likely to pursue a college education than young men are.  According to an article in the New York Times, women now account for approximately 57 percent of all enrollments at U.S. colleges and universities.

The less education you have, the more likely you are to be unemployed in America today.  So that is certainly a significant factor.

But many that have gone on to college are also moving back home.  When you are a young adult with no job and no prospects and you are swamped with tens of thousands of dollars of student loan debt, it can be incredibly difficult to be financially independent.

After adjusting for inflation, U.S. college students are now borrowing about twice as much money as they did a decade ago.  Many students that go on to graduate school end up with more than $100,000 in total student loan debt.

Sadly, those degrees often do not pay off.  In fact, in America today one-third of all college graduates end up taking jobs that don’t even require college degrees.

It means that there are millions upon millions of angry, disillusioned and frustrated young adults out there today.  A recent USA Today article told the story of 32-year-old Dennis Hansen….

After a year without work, Hansen, 32, was hired to monitor Lake Michigan and Lake Superior water for the state and federal governments over two summers. He also had short stints as a census worker and as an extra post office hand during one holiday crush.

“It’s definitely a roller coaster,” Hansen says, with the ups coming when he’s done well in a job interview and the downs when there’s a rejection: “That’s when I’m frustrated, angry and wondering why I went to college for 10 years.”

If the economy was humming along on all cylinders, it would be easy to blame our young adults for being too lazy.

But these days most young adults have to scramble like crazy just to get a really low paying job.  Large numbers of very talented young adults are waiting tables, flipping burgers or stocking shelves at Wal-Mart.

And this reality is reflected in the overall economic statistics.  Since the year 2000, incomes for U.S. households led by someone between the ages of 25 and 34 have fallen by about 12 percent after you adjust for inflation.

But this is not good for our society.  When there is civil unrest, it is not those 65 and older that take to the streets.

We desperately need our economy to get healthy again so that our young adults can get good jobs, get married, set up households, raise families and be productive members of society.

You don’t have to be a genius to see trouble on the horizon.

What is going to happen when the next major financial crisis comes and the economy gets significantly worse than it is now?

In the end, we are going to reap what we have sown.  We have fundamentally failed our young adults, and those failures are going to produce some very bitter fruit. 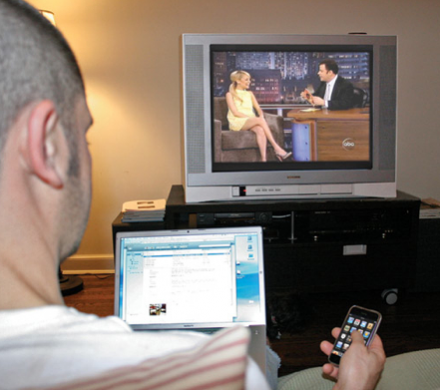