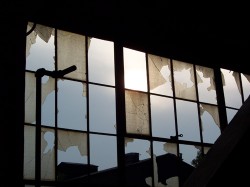 If you plan on visiting Detroit any time soon, the police have a message for you: “Enter Detroit at your own risk”.  That ominous message was actually emblazoned across the top of a flyer that the Detroit Police Officer Association was passing out prior to a rally on Saturday.  The flyer pointed out that Detroit is the most violent city in the nation and that more homicides are committed in Detroit than anywhere else.  Meanwhile, the number of police officers in Detroit has been steadily decreasing.  There are more murders in Detroit today than there were a decade ago, but the number of police officers in the city has decreased by about 1,000 over that time period.  The remaining police officers are overworked and incredibly frustrated.  But Detroit is far from alone.  All over the nation there are major cities that are reporting a spike in crime even as police budgets are being slashed.  Sadly, this is just the beginning.  As the economy gets even worse, budget cuts will become even more severe and crime will become an even bigger problem.

In many areas of the country, police have become little more than report takers.  If you report a crime that is not considered “high priority”, you will be lucky to get an officer to come out a few hours later to fill out a report.

In cities such as Detroit, criminals are becoming much bolder and are openly mocking the police.  For example, according to a recent WND article, one gang has literally taken over a convenience store in Detroit and the police literally seem powerless to do anything about it….

Even the old-timers in Detroit never have seen anything like this: A mob of 40 black people moved into a convenience store and will not leave.

They say they now own it. They eat. Smoke. Cuss. Threaten. Spit. Rob. Sell drugs. All on video.

Police, ministers, neighbors, the store owner and just about everyone else seems powerless to stop them.

“It’s a Bad Crew gas station,” said one of the mob to the local Fox affiliate. “If you don’t know what that is, I can’t even tell you.”

The owner calls police, but nothing happens. The police “come here and then they leave. Two minutes later they (the mob) are back.”

What in the world has happened to Detroit?

Once upon a time it was one of the greatest cities in the entire world.

Now it has become a war zone.

As I wrote about a while back, justifiable homicide in the city of Detroit rose by 79 percent in 2011, and the rate of self-defense killings in Detroit is now about 2200 percent above the national average.

But like I said, Detroit is far from alone.

In some ways, what is happening in Chicago is even more frightening.

Many areas of Chicago have essentially been completely taken over by the gangs.  Violent crime has dramatically increased in Chicago so far this year, and nobody seems to know what to do about it.

A USA Today article from last week entitled “Murders in Chicago: What can stop the bloodbath?” painted a very grim picture about what is going on in the city right now….

Driven by gangs, drugs and guns, the bloodshed in President Obama’s adopted hometown has resulted in a body count that exceeds the 312 murders this year in New York and 212 in Los Angeles, cities with populations dwarfing that of the Windy City. The toll here is up 25% from 2011: 391 through Sept. 23.

CBS News reporter Walter Jacobson recently sat down with some young gang members in Chicago and asked them some direct questions.  Many of the answers that he got to those questions were quite frightening….

“There’s no solution to the violence,” one gang member tells him. “Killing, killing is the solution.”

When Jacobson asked them how they survive, the following was one of the responses that he received….

“Rob, steal and kill. That’s the only way. We didn’t grow up in Beverly Hills. We don’t get it handed to us”

But what are the police supposed to do about it?

As I noted in another article, there are approximately 200 police officers assigned to Chicago’s Gang Enforcement Unit to deal with an estimated 100,000 gang members.

And the number of gang members in Chicago grows with each passing day.

“This is a block-to-block war here, a different dynasty on every street,” said a dreadlocked young man heavily inked in gang tattoos who calls himself “Killer”.

“All the black brothers just want to get rich, but we got no jobs and no hope. We want the violence to stop but you ain’t safe if you ain’t got your pistol with you. Too many friends, too many men are being killed. We don’t even cry at funerals no -more. Nobody expects to live past 21 here.”

When young people lose all hope for a better future they become very desperate.

And very desperate people are capable of just about anything.

The other day we learned that the number of Americans on food stamps has hit another brand new record high.

But what happens someday if the federal government is forced to cut back significantly on those programs or if food prices increase so much that people can’t buy nearly enough food to eat with their food stamps?

When people get really hungry they will do some crazy things.

But the mayor of Costa Mesa, California says that he has an answer to this problem.  He has proposed reducing the homeless population of Costa Mesa by putting all soup kitchens in the city out of business….

The mayor of Costa Mesa proposed to get rid of soup kitchens to deal with the area’s homeless problem at a city council meeting on Tuesday.

“My belief is that if we manage to put the soup kitchen out of business that will go a long way to addressing the attractiveness in our city that’s creating a huge negative impact,” Eric Bever said.

Unfortunately, we are going to see a lot more of this kind of thing in the years ahead.  The number of people that are really hurting is going to continue to increase, and the efforts to remove them from “respectable” areas is going to become more forceful.

Already we have seen feeding the homeless being banned in major cities all over the country.

But no rules, regulations or laws are going to be able to prevent what is coming in the years ahead.  I believe that eventually we are going to see “flash mobs” of poor Americans storm into wealthy neighborhoods and take whatever they want.

Those doing the looting will justify it by saying that they are just taking from the rich and giving to the poor like “‘Robin Hood” did, but most other Americans will see it as more evidence that society is breaking down.

And without a doubt our society is starting to break down.  What we are seeing in Detroit and Chicago right now is just the tip of the iceberg.

Things are going to become much, much worse. 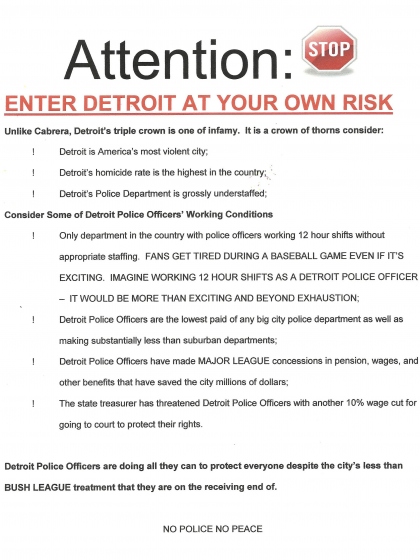