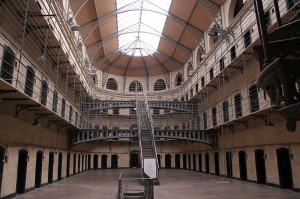 How would you describe an industry that wants to put more Americans in prison and keep them there longer so that it can make more money?  In America today, approximately 130,000 people are locked up in private prisons that are being run by for-profit companies, and that number is growing very rapidly.  Overall, the U.S. has approximately 25 percent of the entire global prison population even though it only has 5 percent of the total global population.  The United States has the highest incarceration rate on the entire globe by far, and no nation in the history of the world has ever locked up more of its own citizens than we have.  Are we really such a cesspool of filth and decay that we need to lock up so many of our own people?  Or are there some other factors at work?  Could part of the problem be that we have allowed companies to lock up men and women in cages for profit?  The two largest private prison companies combined to bring in close to $3,000,000,000 in revenue in 2010, and the largest private prison companies have spent tens of millions of dollars on lobbying and campaign contributions over the past decade.  Putting Americans behind bars has become very big business, and those companies have been given a perverse incentive to push for even more Americans to be locked up.  It is a system that is absolutely teeming with corruption, and it is going to get a lot worse unless someone does something about it.

One of the keys to success in the private prison business it to get politicians to vote your way.  That is why the big private prison companies spend so much money on lobbying and campaign contributions.  The following is an excerpt from a report put out by the Justice Policy Institute entitled “Gaming the System: How the Political Strategies of Private Prison Companies Promote Ineffective Incarceration Policies“…

If you can believe it, three of the largest private prison companies have spent approximately $45,000,000 combined on lobbying and campaign contributions over the past decade.

Would they be spending so much money if those companies did not believe that it was getting results?

For example, between 1990 and 2009 the number of Americans in private prisons grew by about 1600 percent.

Overall, the U.S. prison population more than quadrupled between 1980 and 2007.

So something has definitely changed.

Not that it is wrong to put people in prison when they commit crimes.  Of course not.  And right now violent crime is rapidly rising in many of our largest cities.  When people commit violent crimes they need to be removed from the streets.

But when you put those criminals into the hands of private companies that are just in it to make a buck, the potential for abuse is enormous.

For example, when auditors visited one private prison in Texas, they “got so much fecal matter on their shoes they had to wipe their feet on the grass outside.”

The prisoners were literally living in their own manure.

How would you feel if a member of your own family was locked up in such a facility?

And the truth is that there seem to be endless stories of abuse in private prisons.  One private prison company reportedly charges inmates $5.00 a minute to make phone calls but only pays them $1.00 a day to work…

Last year the Corrections Corporation of America (CCA), the nation’s largest private prison company, received $74 million of taxpayers’ money to run immigration detention centers. Their largest facility in Lumpkin, Georgia, receives $200 a night for each of the 2,000 detainees it holds, and rakes in yearly profits between $35 million and $50 million.

Prisoners held in this remote facility depend on the prison’s phones to communicate with their lawyers and loved ones. Exploiting inmates’ need, CCA charges detainees here $5 per minute to make phone calls. Yet the prison only pays inmates who work at the facility $1 a day. At that rate, it would take five days to pay for just one minute.

Speaking of work, private prisons have found that exploiting their inmates as a source of slave labor can be extraordinarily profitable.  Today, private prisons are stealing jobs from ordinary American workers in a whole host of industries.  The following is from an article by Vicky Pelaez…

According to the Left Business Observer, the federal prison industry produces 100% of all military helmets, ammunition belts, bullet-proof vests, ID tags, shirts, pants, tents, bags, and canteens. Along with war supplies, prison workers supply 98% of the entire market for equipment assembly services; 93% of paints and paintbrushes; 92% of stove assembly; 46% of body armor; 36% of home appliances; 30% of headphones/microphones/speakers; and 21% of office furniture. Airplane parts, medical supplies, and much more: prisoners are even raising seeing-eye dogs for blind people.

And many of the largest corporations in America have rushed in to take advantage of this pool of very cheap slave labor.  Just check out some of the big names that have been exploiting prison labor…

At least 37 states have legalized the contracting of prison labor by private corporations that mount their operations inside state prisons. The list of such companies contains the cream of U.S. corporate society: IBM, Boeing, Motorola, Microsoft, AT&T, Wireless, Texas Instrument, Dell, Compaq, Honeywell, Hewlett-Packard, Nortel, Lucent Technologies, 3Com, Intel, Northern Telecom, TWA, Nordstrom’s, Revlon, Macy’s, Pierre Cardin, Target Stores, and many more. All of these businesses are excited about the economic boom generation by prison labor. Just between 1980 and 1994, profits went up from $392 million to $1.31 billion. Inmates in state penitentiaries generally receive the minimum wage for their work, but not all; in Colorado, they get about $2 per hour, well under the minimum. And in privately-run prisons, they receive as little as 17 cents per hour for a maximum of six hours a day, the equivalent of $20 per month. The highest-paying private prison is CCA in Tennessee, where prisoners receive 50 cents per hour for what they call “highly skilled positions.” At those rates, it is no surprise that inmates find the pay in federal prisons to be very generous. There, they can earn $1.25 an hour and work eight hours a day, and sometimes overtime. They can send home $200-$300 per month.

But of course some of the biggest profits for private prisons come from detaining young people.  Today, private prison companies operate more than 50 percent of all “youth correctional facilities” in the United States.

And sometimes judges have even been bribed by these companies to sentence kids to very harsh sentences and to send them to their facilities.  The following is from a report about two judges in Pennsylvania that were recently convicted for taking money to send kids to private prisons…

Michael Conahan, a former jurist in Luzerne County, was sentenced on Friday to 210 months in custody by Senior U.S. District Court Judge Edwin M. Kosik II. Conahan was also ordered to pay $874,000 in restitution. […] As Main Justice reported in August, Ciavarella, former president judge of the Court of Common Pleas and former judge of the Juvenile Court for Luzerne County, was sentenced to 28 years in prison and ordered to make restitution of $965,930. […]

Conahan’s role in the “cash for kids” scheme was to order the closing of a county-run detention center, clearing the way for Ciavarella, once known as a strict “law and order” judge, to send young offenders to private facilities. This arrangement worked out well for Ciavarella and Conahan, as well as the builder of the facilities and a developer, who pleaded guilty to lesser charges.

The arrangement didn’t work out so well for the young offenders, some of them sent away for offenses that were little more than pranks and would have merited probation, or perhaps just scoldings, if the judges had tried to live up to their oaths.

Are you starting to see why private prisons are such a problem?

Hundreds of kids had their lives permanently altered by those corrupt judges.

When you allow people to make money by locking other people up in cages, you are just asking for trouble.

The more Americans they put behind bars, the more money these private prisons make.  It is a system that needs to be brought to an end.

Do you believe that private prisons are a good idea or a bad idea? 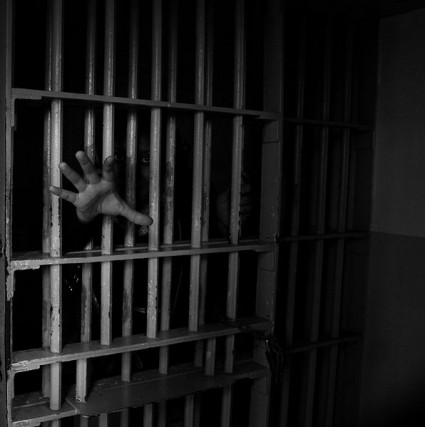