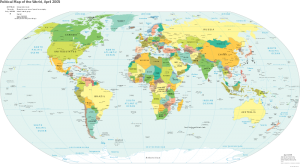 Why are so many people leaving the United States right now?  Over the past couple of years, an increasing number of Americans have decided that moving to another country is the best way to prepare for the collapse of America.  According to the U.S. State Department, an all-time record of more than 6 million Americans are now working or studying overseas.  Of course many of those that have left the country do not believe that the U.S. economy is going to collapse, but without a doubt there are an increasing number of preppers that believe that now is the time to “escape from America” while they still can.  And certainly there are a lot of reasons why the U.S. is becoming less appealing with each passing day.  In addition to our economic problems, crime is on the rise in our cities, our liberties and freedoms are being eroded at a frightening pace, political correctness is wildly out of control, and our corrupt politicians continue to make things even worse.  But is life really that much better in the rest of the world?  The sad truth is that life in most other nations is more difficult than it is in the United States.  Yes, there are some nations that are relatively stable and that look promising at first glance, but the truth is that moving to another country is never easy.  If you plan to do it, there are some hard questions that you need to ask yourself first.

If you plan to move permanently to another nation, it would be wise to visit first.  The way that things work in a foreign country is often very, very different from how things work in the United States.  If you are not accustomed to being in a foreign culture, it can feel like your whole world is being turned upside down.

But of course it is definitely possible to make a successful transition to another culture.  Millions of Americans have done it.  The following is from a recent RT article…

Ever dream of leaving it all behind and heading out of America? You’re not the only one. A new study shows that more US citizens than ever before are living outside of the country.

According to statistics from the US State Department, around 6.4 million Americans are either working or studying overseas, which Gallup says is the largest number ever for such statistic.

The polling organization came across the number after conducting surveys in 135 outside nations and the information behind the numbers reveal that this isn’t exactly a longtime coming either — numbers have skyrocketed only in recent years. In the 24 months before polling began, the number of Americans between the ages of 25 and 34 living abroad managed to surge from barely 1 percent to over 5.1 percent. For those under the age span wishing to move overseas, the percentage has jumped in the same amount of time from 15 percent to 40.

But picking up and moving to a foreign nation is not something to be done lightly.

But grain is not the only thing that the food giants control.  Just check out the following statistics from a recent Natural News article…

The elite are also buying up food producing real estate all over the globe.  That is why farmland prices in the United States have been absolutely skyrocketing lately.

The people that run the world are rapidly getting a stranglehold over the global food supply.

So wherever you end up – whether it is in the United States or in another country – you will need to make sure that you can provide enough food for you and your family to live on independently of the system.

These are all things to think about when considering whether or not to move out of the United States.

But there are many, including some of those that regularly read my website, that have made the transition successfully.

If you have some advice that you would like to share with those that are considering moving away from America, please feel free to share it below… 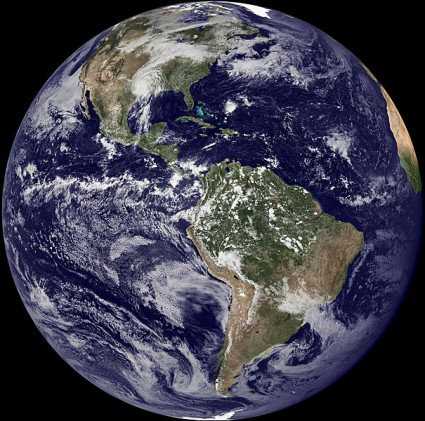