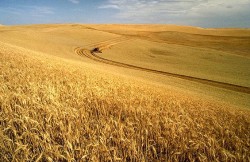 An entire way of life is rapidly dying right in front of our eyes.  The family farm is being systematically wiped out of existence in America, and big agribusiness and the federal government both have blood all over their hands.  According to the U.S. Department of Agriculture, the number of farms in the United States has fallen from about 6.8 million in 1935 to only about 2 million today.  That doesn’t mean that there is less farming going on.  U.S. farms are producing more than ever.  But what it does mean is that farming is increasingly becoming dominated by the big boys.  The rules of the game have been tilted in favor of big agribusiness so dramatically that most small farmers find that they simply cannot compete anymore.  Back in 1900, about 39 percent of the U.S. population worked on farms.  At this point, only about 2 percent of all Americans now live on farms.  Big agribusiness, the food processing conglomerates, and big seed companies such as Monsanto completely dominate the industry.  Unless something dramatic is done, the family farm is going to continue to be wiped out of existence.  Unfortunately, it does not look like things are going to turn around any time soon.

The way that the farming industry is structured today, it is simply not economically feasible to operate a small family farm.  According to Farm Aid, every week approximately 330 farmers leave their land for good.

Many old timers are trying to hang on for as long as they can.  A very large percentage of family farmers are in their fifties, sixties or seventies at this point.  Today, only about 6 percent of all farmers are under the age of 35.

Most young people these days are not too eager to choose farming as a career.  A lot of young adults that grew up on family farms have decided that investing hundreds of thousands of dollars in a business that requires you to work 12 hours or more per day most of the year for very meager wages is simply not worth it.

In recent years, many family farmers have been forced to find second jobs in order to support their families.  Many farm families are constantly on the verge of financial ruin.  It is a really tough life for many of them.

Sadly, less than 25 percent of all farms in America bring in gross revenues in excess of $50,000.  The following comes from the EPA website….

It has been estimated that living expenses for the average farm family exceed $47,000 per year. Clearly, many farms that meet the U.S. Census’ definition would not produce sufficient income to meet farm family living expenses. In fact, fewer than 1 in 4 of the farms in this country produce gross revenues in excess of $50,000.

On top of everything else, the federal government and many state governments just keep endlessly piling more rules and regulations on to the backs of farmers.

Big agribusiness has the resources to deal with all of these regulations fairly well, but most family farms do not.

With each passing year, the farming industry becomes even more centralized.  If current trends continue, big agribusiness will eventually control nearly all of it.  The following is from the EPA website….

In certain industries the amount of consolidation has been absolutely stunning.  For example, between 1970 and today the United States has lost 88 percent of its dairy farms.

Another factor that is shaping the farming business is the incredible power that the giant food processing conglomerates have accumulated.

Today, there are 10 corporations that control most of the things that Americans eat and drink on a daily basis.  If you doubt this, just check out this chart.

The giant food processing conglomerates have a massive amount of influence over how food is grown in the United States today.  Small farmers that try to go against the tide often have a very rough go of it.

That is also true when it comes to seeds.

For example, approximately 80 percent of all corn grown in the United States is grown using seeds that have been genetically modified by Monsanto.

If you want to try to defy companies such as Monsanto, you are playing a very dangerous game.  The predatory business practices of Monsanto have been well documented.  Monsanto has taken countless numbers of farmers to court, and they are absolutely ruthless.

Plus, it certainly does not help that there is a constant revolving door between Monsanto and federal government agencies.  If you doubt this, just check out the chart about Monsanto on this page.

Amazingly, in spite of all this there are still some small farmers that are able to overcome all of these obstacles and run successful businesses.

But that is where the federal government comes in.

In recent years, the federal government has become absolutely obsessed with going after small farmers.

For example, a recent Food Freedom News article detailed what the feds have been doing to Randy and Karen Sowers.  They were keeping their cash deposits under $10,000 so that they would not have to fill out a bunch of paperwork, and the federal government came down on them like a hurricane….

“Structuring,” explains Overlawyered.com, “is the federal criminal offense of splitting up bank deposits so as to keep them under a threshold such as $10,000 above which banks have to report transactions to the government.”

While being questioned, the Sowers were finally presented with a seizure order and advised that the feds had already emptied their bank account of $70,000.  The Dept. of Justice has since sued to keep $63,000 of the Sowers’ money, though they committed no crime other than maintaining their privacy.

Without funds, they will be unable to make purchases for the spring planting.

When a similar action was taken against Taylor’s Produce Stand last year, the feds seized $90,000, dropped the charges, and kept $45,000 of Taylor’s money.

Knowing that most farms operate on a very thin margin, such abuse of power wipes out a family’s income, and for a bonus, the feds enhance the monopoly power of Monsanto, Big Dairy and their supply chain.

At many other small farms across America, the feds have conducted military-style raids at the crack of dawn over the smallest infractions.

Some examples of this were detailed in a documentary entitled “Farmaggedon“.  The following is a short trailer for that film….

The sad truth is that the federal government has been using your tax money to go after small farmers in absolutely vicious ways.

For example, the feds raided one Amish farm at 5 AM one morning.

So what was the big crime that the feds were so concerned about?

The feds seem content to leave big agribusiness pretty much alone, but they are constantly going after small farms in hundreds of different ways.

Did you know that the Department of Labor is instituting new regulations that will ban children from doing many kinds of farm chores?

Just another way to kill off the family farm in America.

America is changing, and not for the better.

Just like the middle class, the family farm is heading for extinction.

Eventually, the big corporations and the federal government will have near total control over food production in America. 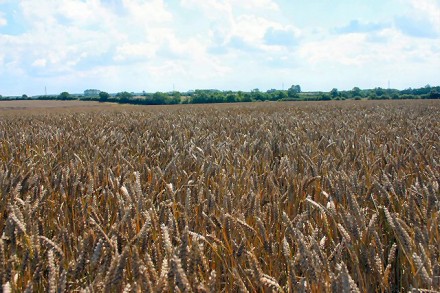