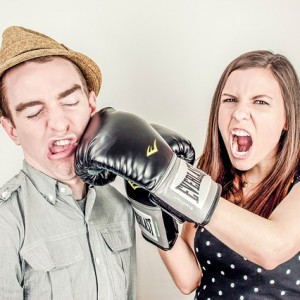 A house divided against itself will surely fall.  America is more divided today than it has been in decades, and the deep divisions that are tearing us apart continue to get even worse.  In fact, a newly released Rasmussen Reports national survey discovered that 67 percent of voters believe that America is even more divided now than it was four years ago.  We are angry, we are frustrated and we love to fight with one another, but none of this strife and discord is getting us anywhere.  What most Americans can agree on is that we are facing tremendous problems as a nation.  One average of recent polls found that only 26 percent of Americans believe that this country is heading in the right direction and 63.8 percent of Americans believe that this country is heading in the wrong direction.  Unfortunately, there is very little agreement on what the solutions to our problems are.  That is where the division is.  As a nation, we no longer have a shared set of values or principles that provides a foundation for our decisions.  Everyone just kind of does whatever is right in their own eyes, and the result is chaos.  At a minimum, the U.S. Constitution was supposed to bond all of us together, but it has become clear that very few of our lawless politicians have any respect for that document at this point.  And the American people must not have too much respect left for the Constitution either, because they keep sending the very same politicians back to Washington over and over again.  Unless a miracle happens, everyone is going to keep pulling in different directions, and that is going to continue ripping our country to shreds.

The issues that divide us are countless.  The following are just a few examples…

-The Gap Between The Wealthy And The Poor

-The Size And Role Of Government

-The War On Drugs

-The War On Terror

-The Role Of Faith In Society

I could go on and on with this list, but I think that you get the point.

Sadly, the fights that take place among those that are supposed to be on the same side are often even more disturbing.  Some of the most bitter fighting that I have ever witnessed has been between people that should be working together.  In fact, it often seems like a lot of people would rather fight others in their own “movement” than do something constructive.

And actually the establishment loves when we fight with one another.  The more divided that we are, the easier we are to control.

I am often asked if I think that there is any hope for a political solution in this country.

I wish that I could be more optimistic when I answer, but as divided as this country is right now I see absolutely no hope for a political solution on the national level any time soon.

Even though Darth Vader has a higher favorability rating than any 2016 White House contenders, it is inevitable that one of them (with the full backing of the elite) will be our next president.  And even though a few incumbents will be knocked out of Congress in 2014 and 2016, history has shown us that incumbents typically have a victory rate of more than 80 percent in election after election.

We keep sending the same jokers back to D.C. again and again and yet we continue to keep expecting different results.

Are we insane or what?

In a previous article, I noted a whole bunch of other polls and surveys that show how dissatisfied the American people have become with our government…

#1 65 percent of Americans are dissatisfied “with the U.S. system of government and its effectiveness”.  That is the highest level of dissatisfaction that Gallup has ever recorded.

#2 66 percent of Americans are dissatisfied “with the size and power of federal government”.

#3 70 percent of Americans do not have confidence that the government will “make progress on the important problems and issues facing the country in 2014.”

#4 Only 8 percent of Americans believe that Congress is doing a “good” or “excellent” job.

#5 Only 4 percent of Americans believe that it would “change Congress for the worse” if every member was voted out during the next election.

#6 60 percent of Americans report feeling “angry or irritable”.  Two years ago that number was at 50 percent.

#7 53 percent of Americans believe that the Obama administration is “not competent in running the government”.

Clearly the American people are sick and tired of politics as usual.

But even if we voted out every single member of Congress, who would we replace them with?

That is where not having a shared set of values and principles comes into play.

Even if we could start from scratch, the new politicians that the American people would send to Congress would not suddenly look like the founding fathers.

That is because we no longer believe in the same values and principles that they did.

Instead, an entirely new Congress would probably end up looking very much like the old Congress did.

I wish that national unity was just as easy as saying something like this: “Come on guys – let’s all just get together and agree to do what is right for the country.”

That sounds really good, but what is right for the country?

In America today, there is very little agreement about what is right and wrong anymore.

And politically, it is hard enough to get a handful of people to agree on much of anything these days, much less the millions upon millions of people that would be required to form a viable political movement.

So no, I don’t believe that there will be a political solution on the national level any time soon.  The government that we have already reflects what is in the hearts of the American people.

Until we start seeing hearts change on a widespread basis, we are not going to see any significant change in Washington.