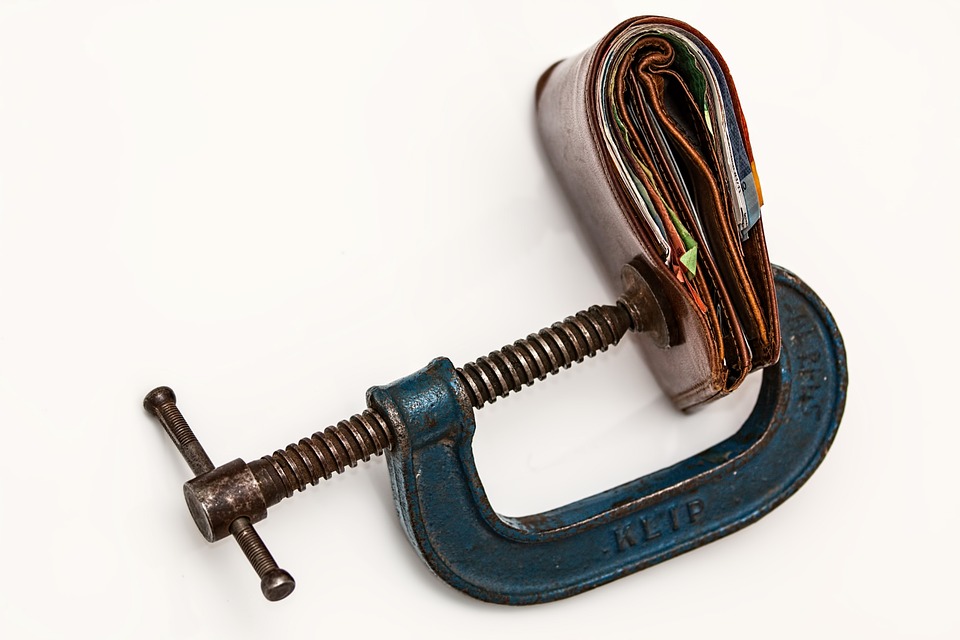 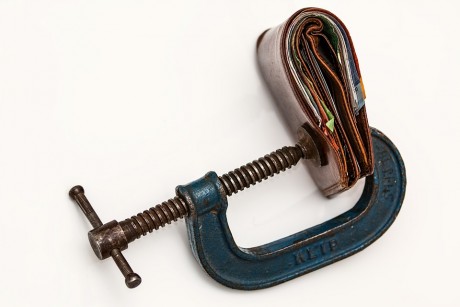 When debt grows much faster than GDP for an extended period of time, it is inevitable that a good portion of that debt will start to go bad at some point.  We witnessed a perfect example of this in 2008, and now it is starting to happen again.  Commercial bankruptcies have been rising on a year-over-year basis since late 2015, and this is something that I have written about previously, but now consumer bankruptcies are also increasing.  In fact, we have just witnessed U.S. consumer bankruptcies do something that they haven’t done in nearly 7 years.  The following comes from Wolf Richter…

US bankruptcy filings by consumers rose 5.4% in January, compared to January last year, to 52,421 according to the American Bankruptcy Institute. In December, they’d already risen 4.5% from a year earlier. This was the first time that consumer bankruptcies increased back-to-back since 2010.

However, business bankruptcies began to surge in November 2015 and continued surging on a year-over-year basis in 2016, to reach a full-year total of 37,823 filings, up 26% from the prior year and the highest since 2014.

Of course consumer bankruptcies are still much lower than they were during the last financial crisis, but what this could mean is that we have reached a turning point.

For years, the Federal Reserve has been encouraging reckless borrowing and spending by pushing interest rates to ultra-low levels.  Unfortunately, this created an absolutely enormous debt bubble, and now that debt bubble is beginning to burst.  Here is more from Wolf Richter…

The dizzying borrowing by consumers and businesses that the Fed with its ultra-low interest rates and in its infinite wisdom has purposefully encouraged to fuel economic growth, if any, and to inflate asset prices, has caused debt to pile up. That debt is now eating up cash flows needed for other things, and this is causing pressures, just when interest rates have begun to rise, which will make refinancing this debt more expensive and, for a rising number of consumers and businesses, impossible. And so, the legacy of this binge will haunt the economy – and creditors – for years to come.

Despite all of the economic optimism that is out there right now, the truth is that U.S. consumers are tapped out.

If the U.S. economy truly was doing great, major retailers would not be closing hundreds of stores.  Sears, Macy’s and a whole host of other big retailers are closing stores because those stores are losing money.  It truly is a “retail apocalypse“, and this trend is not going to turn around until U.S. consumers start to become healthier financially.

We also see signs of trouble in the auto sales numbers.  Compared to 2016, sales were way down in January this year…

Compared to January last year, car sales collapsed for all three US automakers, and the largest Japanese automakers didn’t do much better:

For all automakers combined, car sales sagged 12.2% from a year ago.

About two-thirds of the nation is essentially living paycheck to paycheck.  Most families really struggle to pay the bills from month to month, and all it would take is a major event such as a job loss or a significant illness to plunge them into financial oblivion.

In America today we are told that the secret to success is a college education, but most young Americans have to go deep into debt to afford such an education.

As a result, most college graduates start out life in the “real world” with a mountain of debt.  And since many of them never find the “good jobs” that they were promised, repayment of that debt becomes a very big issue.  In fact, the Wall Street Journal has discovered that student loan repayment rates are much worse than we were being told…

Last Friday, the Education Department released a memo saying that it had overstated student loan repayment rates at most colleges and trade schools and provided updated numbers.

When The Wall Street Journal analyzed the new numbers, the data revealed that the Department previously had inflated the repayment rates for 99.8% of all colleges and trade schools in the country.

The new analysis shows that at more than 1,000 colleges and trade schools, or about a quarter of the total, at least half the students had defaulted or failed to pay down at least $1 on their debt within seven years.

If you do find yourself deep in debt, a lot of families have found success by following a plan that was pioneered by author Dave Ramsey.  His “Debt Snowball Plan” really works, but you have to be committed to it.

Getting out of debt can be tremendously freeing.  So many people spend so many sleepless nights consumed by financial stress, but it doesn’t have to be that way.

Most of us have had to go into debt for some reason or another, and not all debt is bad debt.  For example, very few of us would be able to own a home without getting a mortgage, and usually mortgages come with very low interest rates these days.

But other forms of debt (such as credit card debt or payday loans) can be financially crippling.  When it comes to eliminating debt, it is often a really good idea to start with the most toxic forms of debt first.

It has been said that the borrower is the servant of the lender, and you don’t want to spend the best years of your life making somebody else rich.

Whether economic conditions turn out to be good or bad in 2017, the truth is that each one of us should be trying to do what we can to get out of debt.

Unfortunately, a lot of people never seem to learn from the past, and I have a feeling that both consumer and commercial bankruptcies will continue to rise throughout the rest of this year.